Bacteria ‘have lessons for economy’ BBC (Lambert). Because bankers are scum?

Obama touts NSA surveillance reforms to quell growing unease over programs Guardian. Even though this account focuses on the concession that Obama claims he’s making, here’s the money paragraph:

Throughout his press conference, Obama said there was no evidence that the intelligence agencies had “abused” their powers, insisting he was instead addressing a problem of public perceptions.

Classic Obama. As we’ve said repeatedly, Obama believes the solution to any problem is better PR. Even worse, given Obama’s penchant for precise legalistic formulations, notice this part:

Neither did the president exhibit much appetite for significantly altering the surveillance capabilities of the US intelligence community, saying at one point the aim might be to “jigger slightly” the balance between the intelligence and “the incremental encroachment on privacy”

“Incremental encroachment” suggests that any changes will not be on existing program but ones not implemented. If so, it’s a cynical way to do nothing. Simply create a more aggressive supposed baseline for new initiatives, and concede back from that to what you had planned to do in the first place.

Obama says phone spying not abused, will continue Associated Press. So the only way to curtail the surveillance state is for Congress to develop a set of balls and impeach Obama. Glad that’s been made clear.

Maybe the real state secret is that spies aren’t very good at their jobs and don’t know very much about the world Adam Curtis, BBC (mookie)

Secure Mobile Apps and Open-Source Code for a Better Tomorrow GuardianProject (Lambert). One concern is that using Tor is waving a big red flag at the NSA to take interest in you, at least until enough people are using it (my wildebeest effect, you need a big enough herd to be safe). But it’s clear more people ARE using Tor (and presumably other privacy tools) so we may be close to having safety in numbers.

Nate Silver Thinks the Midterm Elections Will Be Boring Political Wire. So now we have official messaging to encourage low turnout?

U.S. Said to Plan to Arrest Pair in Big Bank Loss New York Times. I should post on this, but I desperately need this weekend to do other stuff, so some quick reactions now and perhaps I’ll write more for Monday morning. First, although I need to check the detailed earlier reports, my recollection is that Martin-Artajo was indeed pretty senior and in a bit of a power struggle with Ina Drew. Remember that in investment banks and trading operations, a LOT of responsibility is delegated to non-executives. Martin-Artajo is a producer, so in and of himself a meaningful scalp. Second, however, it looks as if Martin-Artajo and Grout are being positioned as rogue trader equivalents, as in they knowingly violated company procedures and falsified records. However, as we discussed in gory detail back when the London Whale scandal was hot, JP Morgan had grossly deficient controls (starting with risk management reporting to a trading operation business head, as in the boss of the same profit center, as opposed to a corporate-wide executive). Moreover, P&L-flattering mismarking is endemic in the industry (particularly at quarter and year end, sometimes with the cooperation of friendly counterparties). In other words, this suit is consistent with our argument that the controls were so deficient as to warrant Sarbanes-Oxley charges against more senior executives (which could include criminal charges) but the body language is that that’s not where the DoJ is going (the Grey Lady mentions probably civil charges versus JP Morgan. Third, one has to wonder at the timing. It’s not clear why the indictments are being filed now, particularly since the DoJ does not know the location of the targets (the DoJ has asked England for extradition but it isn’t clear either defendant is there). Why didn’t they wait until they had located them? It suggests there was a PR motive for going ahead now. Oh, and fifth, the DoJ basically worked up what Levin unearthed in his London Whale hearings. So much for the investigative skills of our Federal prosecutors.

Camden, A City for Others Next City (May S) 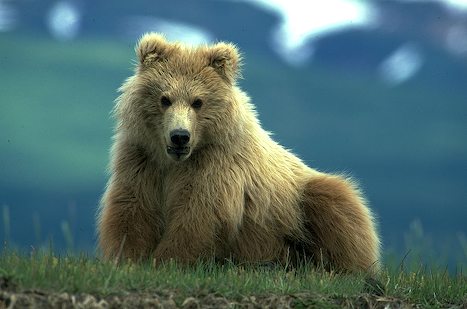