This is Naked Capitalism fundraising week. 626 donors have already invested in our efforts to shed light on the dark and seamy corners of finance. Join us and participate via our Tip Jar or another credit card portal, WePay in the right column, or read about why we’re doing this fundraiser and other ways to donate, such as by check, as well as our current goal, on our kickoff post. And read about our current target here.

Fine-Tuning Our Knowledge About Hormone Replacement Therapy Patient Safety Blog. I was in Oz when the big study referenced in this piece was released, and Australian doctors were much less alarmed by it than Americans. Even though the % increase in certain conditions seemed large, the absolute incidence still was not large. The press discussed weighing a patient’s total risk factors rather than going the route more common in the US, of severely discouraging long-term use.

Shutdown starts to bite for US businesses Financial Times

Financial Regulator Shutdown, Halts Investigations of Wall Street Crimes Real News Network. Of course Obama shut down the CFTC, so as to limit the good Gary Gensler could do in his last days in office.

Findings versus Law: “The Intelligence Community Does Not Task Itself” Marcy Wheeler

Some families left out in the cold by Obamacare CNN

Widow to Sue Over Fatal Shooting of Husband, 80, by Sheriff’s Deputies KTLA

The US, 2011-13, and Germany, 1930-33 History Unfolding. Chuck L: “Nearly a week old, and thus some of it is out of date, but I think Kaiser’s analysis of the likely decline of the Tea Party is insightful. However I also believe that the First World War was a much closer-run thing than he makes out. If the German Army had adopted in 1917 the infiltration tactics they used a year later when they almost broke through, the French Army most likely have collapsed. By then, however, the growing American presence was enough to hold the line and ultimately turn them back.”

Antidote du jour. This is Zoe, and her human is named Barbara: 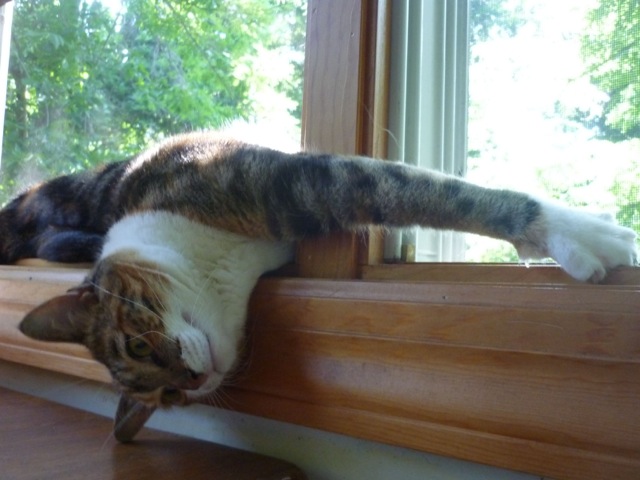