Yves here. While this piece provides a solid overview of the fallen status of cars, it misses an obvious contributor to the lack of enthusiasm for them among the young: with weak incomes and in many cases, heavy student debt loads, an automobile is too large an expense relative to what they get out of it.

From Unconventional Economist, who has previously worked at the Australian Treasury, Victorian Treasury and Goldman Sachs. Originally published at MacroBusiness

The below charts from The Atlantic illustrate the situation nicely, suggesting that the US might have hit “peak cars”. 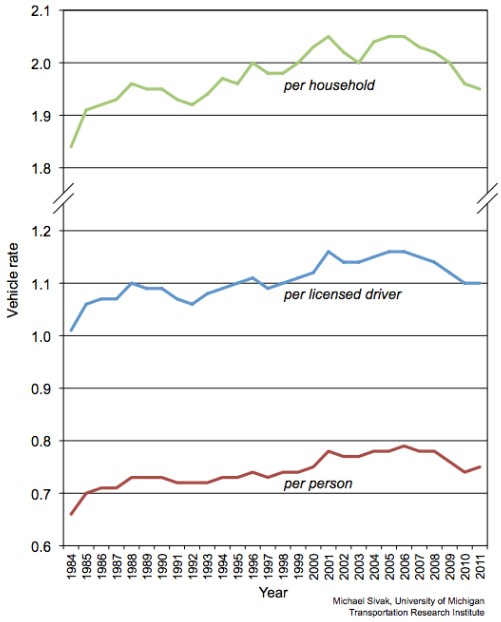 Second, due to the rising population, the total number of vehicles on US roads has started rising again, although families are obviously not buying as many vehicles as the bubble years: 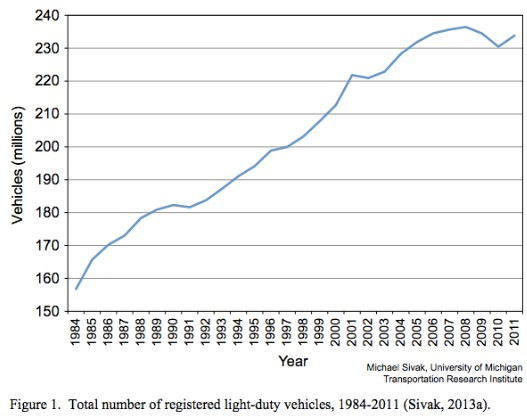 Third, the average number of miles traveled has fallen 9% since the mid-2000s peak: 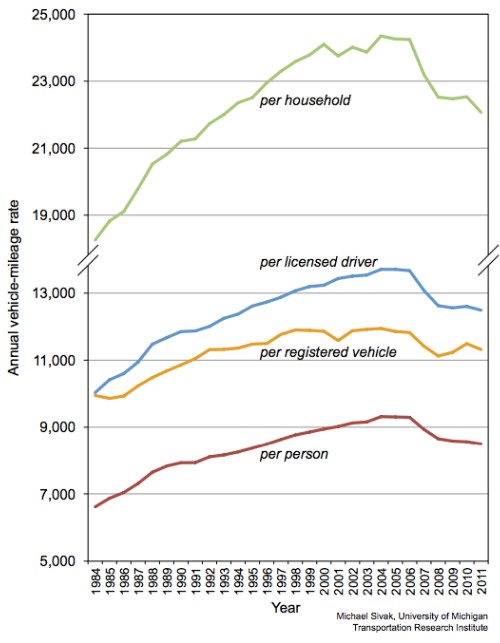 With total vehicle miles also lower, despite the growing population: 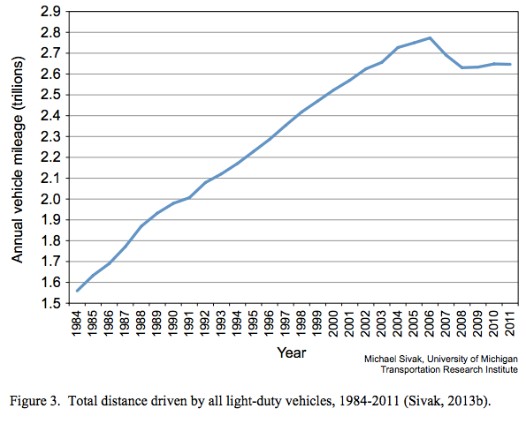 Finally, you would have to go back to the Reagan era to see annual fuel consumption this low on a per-driver basis: 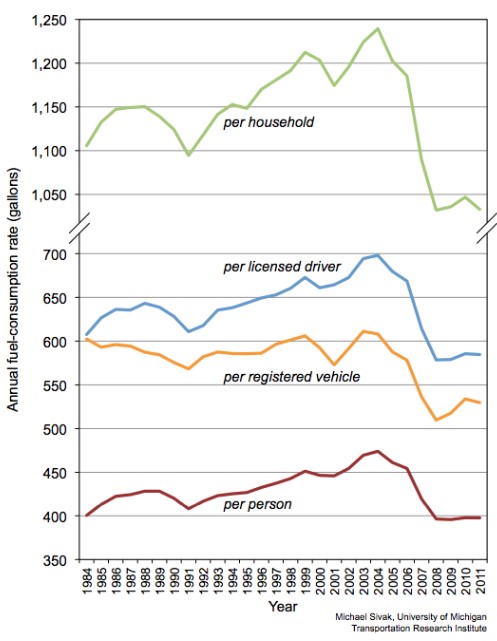 An article published over the weekend in The Guardian provided some analysis of what’s afoot in the US, with young people in particular increasingly shunning car use:

New car purchases by those aged 18-34 dropped by 30% in the US between 2007 and 2012, according to the car shopping website Edmunds.com. Many American under-35s are now not even getting their licence. Given that so called “millennials” – those born between 1983 and 2000 – are now the largest generation in the US, the trend is worrying car firms.

Meanwhile the number of miles driven by Americans each year has also started to drop –they now drive fewer miles per capita than at the end of Bill Clinton’s first term, according to a report released last year by US PIRG Education Fund. And the age group showing the biggest decline? Those aged 16 to 34, who drove 23% fewer miles on average in 2009 than in 2001.

There are two main, and not necessarily mutually exclusive theories, for why America’s millennials are eschewing cars, said Tom Libby, lead analyst for IHS Automotive. “One theory is that millennials have lost interest in cars in general. They live more of their lives online and just don’t have the same innate interest in car ownership,” he said. “Secondly, the economy has held them back and they’ll return once it picks up enough.”

It appears that the US is not alone, with our friends across the pond – New Zealand – also experiencing declining car use, with kilometres travelled per capita per year (VKT) dropping since 2005: 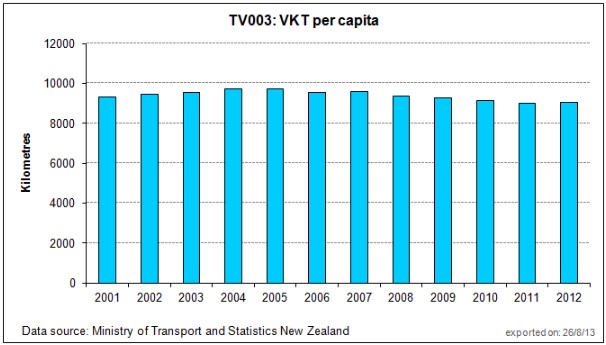 Similarly, in Australia, VKT per capita has fallen since 2004: 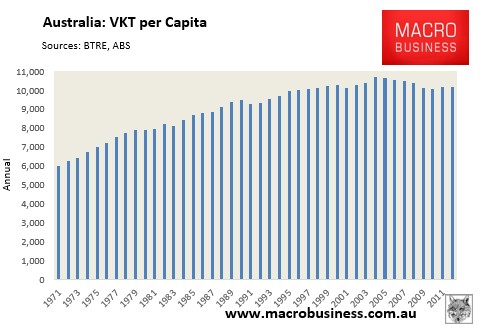 As fuel costs rise and technology improves (enabling working from home and reducing the need for commuting), one would expect these trends to continue.