Spanx And Other Shapewear Are Literally Squeezing Your Organs Huffington Post (Carol B). Wow, am I out of it. Girdles came back in fashion when I wasn’t looking?

Forget about forgetting: The elderly know more and use it better MedicalXpress (Robert M)

How to Survive a Nuclear Explosion Science. I thought the answer was to be a well-located cockroach.

Aspen and the End of Snow Men’s Journal (Chuck L)

The Surgeon General’s Reports: 50 years of cessation ignorance WhyQuit. Tim F: “On the continued pharma control of the cessation debate, e.g., that you MUST use nicotine replacement (products $$!!) rather than the far more successful cold turkey route.”

Philomena and the story of a D.C. insider Politico

King Speaks on Selma Budget Films Stock Footage. You must watch this. No exceptions permitted.

King Had a Dream. Obama Has a Drone George Washington

How overvalued are US stocks? MacroBusiness

Three Myths on the World’s Poor Bill and Melinda Gates, Wall Street Journal (Lance N). OMG this is embarrassing: “Things are better for the poor because I see hardly any these days when I visit big cities.” As if that’s a valid proxy, but it’s classic Davos Man rationalization.

Antidote du jour. Yes, she did get it off by herself: 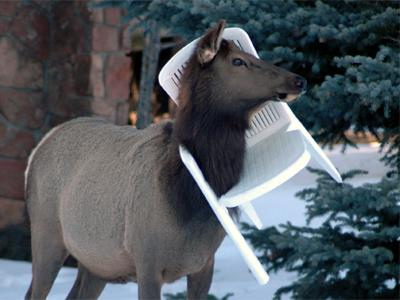