I know the weather sucks. It’s miserable even in my heated apartment. But the weather was much worse even in the 1980s here. It was normal every winter in NYC to have at least one two to three day stretch when the daily high temperature was below 5 degrees.

And as a child, when I lived in Escanaba, Michigan (in Upper Peninsula), one January, the temperature did not get above zero the entire month. The difference between five below zero and fifteen below zero is that at five below, you feel your nose hairs freeze and unfreeze with each breath. At fifteen below, you feel the cold air bite in your trachea. And they did not close school. In fact, I went to Marquette for a debate and had to trudge through deep snow in 27 degree below zero weather to get to the competition (Marquette, on Lake Superior, like Rochester, always gets lot of snow and the parking lot was a bit of a hike from the building on campus we had to reach). Of course, people up there have clothes for that sort of weather and cars you plug in at night to keep the engine blocks from freezing.

And if you are an e-mail subscriber, please check the site. One post is launching after 7:00 AM.

Study Raises Questions for Employer Wellness Programs New York Times. Not sure this is dispositive. This reflects the medical-industrial complex of being disease driven(“fix a problem in isolation”) and not understanding what levers to pull in terms of improving health. In particular, I notice an absence of weight training in the tested wellness programs, and my impression is they are generally not recommended much if at all. In fact, weight training 3X a week (and I mean lifting meaningful weights, hardly any women I see at gyms are lifting enough weight to tax themselves) will lower your biological age more than any other single intervention (studies of people in their 80s who have never weight trained previously show remarkable results). Similarly, MDs who specialize in anti-aging (yes, there are such beasts, one of my former endocrinologists has migrated his practice entirely to anti-aging) have looked to see for fun what single measure (the list included stuff like blood pressure, resting pulse rate, cholesterol, fasting blood sugar, various hormonal levels) was the best predictor of biological (as opposed to calendar) age. Strength was number one. Second was muscle mass.

Not Your Mother’s Electrolux Counterpunch (Carol B)

Why the U.S. Oil Boom may go off the Rails OilPrice

Can judiciary rein in NSA? Aljazeera

The Left after the Failure of Obamacare Counterpunch (Chuck L)

The Clock Is Ticking On Another Debt Ceiling Fight Business Insider

How Divided is the Fed? Tim Duy

Volcker Rule CliffsNotes Not Quite As Terse As Initially Thought DealBreaker

Never Mind the Résumé. How Hot Is the C.E.O.? New York Times

Email exchange with reader over First Look and NSA reporting Glenn Greenwald. Is a journalistic enterprise with no editorial control save over issues related to legal liability like one hand clapping?

The US declared war on poverty 50 years ago. You would never know it Guardian

Approaches to the Reduction of Aggregate Labor Time heteconomist. Notice how this conflicts with the “OMG, we don’t have enough laborers to support all those old people!”

Antidote du jour. Lambert says: “Brought inside due to cold.” What do you do about a not-housebroken horse? 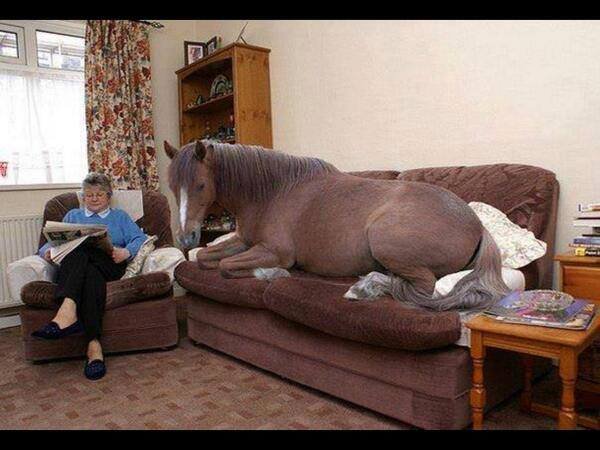