Daily Meme: Northern Liberal Elites Are the Real Racists American Prospect. Um, if he had the target more specific, “Pandering Fauxgressive Political Operatives,” then it would probably be harder to take exception to Thomas’ point of view.

Whose Distressed Baby Is It? New Yorker (furzy mouse). Wow, Armstrong has a history of harassing women with costly pregnancies.

Anti-Debt Group Happens To Be Nearly Broke Huffington Post. This is not an “anti debt” group. It is a Boomer hate group, as in stoking antipathy towards older people (explicitly) to justify budget cuts aimed at their “entitlements”. In other words, another “let’s make old people die faster” initiative.

Some Reasons for Guaranteeing Both an Income and Job Heteconomist

Comcast Acquiring Time Warner Cable for $45 Billion Wall Street Journal. More crapification. An OK cable provider is to be bought by a terrible one.

There is no such thing as the banking profession John Gapper, Financial Times

Antidote du jour. A 2012 flood picture, but still timely. Richard Smith adds: “A familiar sight from my school days, as it happens: a flooded towpath in Worcester, and lots of swans avoiding the fierce current out in the river.” 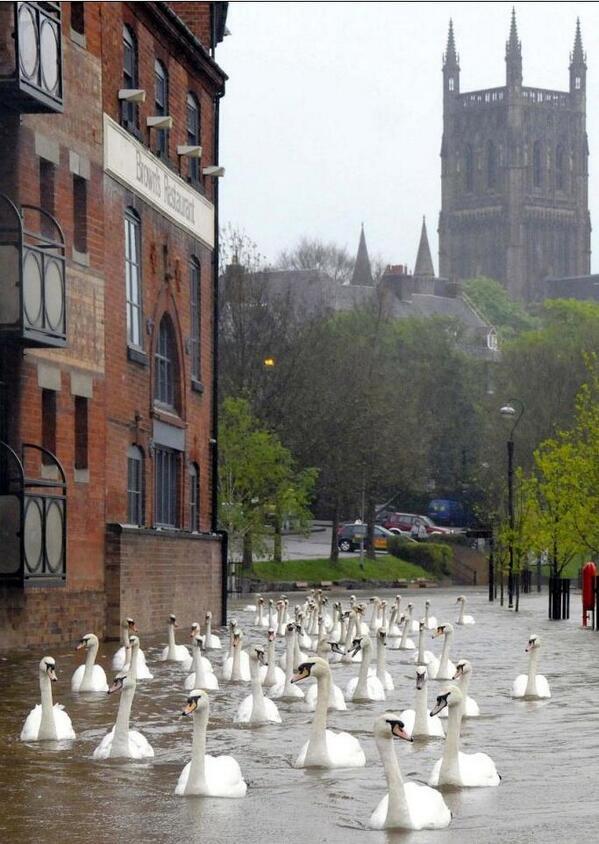