The Prosecution That Isn’t Happening Baseline Scenario. “Ideally, [the laws] should be applied fairly.” Because markets!

Welcome to Bakersfield, California FT. “Banks that cheat people pay fines, but people who cheat banks do time.” Because markets!

Another Drag on the Post-Recession Economy EPI

Jobs, productivity The Center of the Universe

Chart of the Day #2: The Madness of Austerity Mother Jones. Shrinking government, increasing unemployment, and creaming off all the gains from the post-2009 “recovery” is elite policy, “madness” or not, successfully achieved by Obama. There is no indication whatever that the neo-populists will deliver anything more than palliatives and “jobs for the boys” (and girls).

Where Are All the Self-Employed Workers? HBR

This Guy Stopped Charging Clients And He Has Zero Regrets HuffPo

The fight tearing the country in two Bangkok Post. The Northeast has 34% of the population, gets 6% of government spending. Karma only takes one so far.

Jon Stewart will save us! The future of healthcare may rest with “The Daily Show” Salon. What a confession of impotence from “progressives.”

At Obamacare Small Business Exchanges, Sign-Ups Are Off to Slow Start Businessweek

ObamaCare Part Of ‘Unprecedented’ Bounty For Insurers, So Far Forbes

Commissioners pipeline meeting: strategy and why it’s worth the bother Corrente

More than 4,000 groups sign up to protest the NSA PC World

The gamification of the economy: creating rivalry where there is none Isabella Kaminska, FT

To Study Aggression, a Fight Club for Flies Times. “‘That’s what’s really changing in neuroscience,’ [Bargmann] said. It is shifting ‘toward manipulating the activity of the nervous system.’ What this might mean for humans is unclear.” Oh?

The lawless ‘end of the land’ CNN

Ray Kurzweil – How the World Will Change RapGenius. Maybe the squillionaires will rocket triumphantly off to privatize Mars and leave us alone.

When Ideas Trump Interests: Preferences, Worldviews, and Policy Innovations Journal of Economic Perspectives. “I will challenge the notion that there is a well-defined mapping from ‘interests’ to outcomes.”

Occupy Wall Street leader now works for Google, wants to crowdfund a private militia Pando. I believe the German word that covers this situation — not available in English — is Fremdschämen? 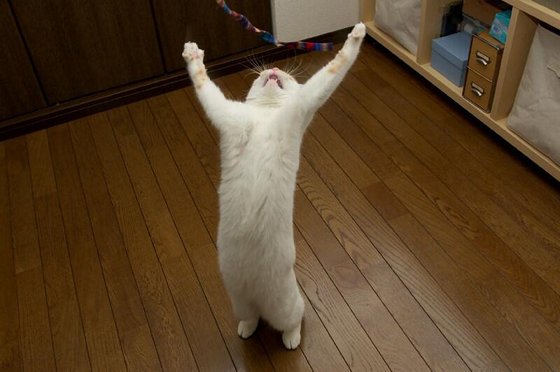