First, thanks for all the help with prep for the conference in DC! Even though I thought I only did a B+ job (I didn’t have a working mike, which meant I had to shout until the folks in charge dragged one over, which threw me off), I got a round of applause and had a lot of people come over and say they appreciated what I said (My opening line, which produced an outburst of laughter, was, “I’m from New York, and every time I come to Washington for events like this, it feels like Versailles circa 1780”). Perhaps more important, Jared Bernstein, who was also on my panel, asked for my card afterwards.

Second, the meetup was terrific. I think we had 30 people in attendance over the course of three hours, a good mix of people who were currently involved in policy-making, people who’d left the dark side but are still keenly interested, and people who were trying to figure out what the hell happened in the financial crisis and found NC to their most informative source. But the day took a lot out of me and I was hacking and losing my voice towards the end of the evening. So I hope you forgive the lack of my own original posts, but you’ll see we have very good original material from other very talented writers for your delectation.

Would you like some synthetic protein with that? Nikkei. Better than Soylent Green, I suppose….

Overgrazing by deer is changing the face of U.S. forests EarthSky (furzy mouse

Morgan Stanley: China’s Minksy moment is here MacroBusiness. This is an even bigger deal than you might think. The Chinese government isn’t shy about putting banks that trash-talk its economy into the penalty box as far as official business is concerned. So Morgan Stanley has to be even more confident of its view than one might ordinarily expect to be willing to incur the ire of the Chinese officialdom.

US warns Asia it risks Crimea moment Financial Times. Oof, is this a Freudian slip?

Why has the Eurozone Bond Market stabilised? Yanis Varoufakis

Britain’s false recovery is a credit mirage, unlike real recovery in the US Ambrose Evans-Pritchard, Telegraph. Wow, if Evans-Pritchard is holding up the US “recovery” as a shining contrast to the UK version, you know it’s bad.

Ukraine prepares to evacuate its troops in Crimea Washington Post

What the Loss of Crimea Means for Ukrainian Energy: Interview with Robert Bensh OilPrice

Edward Snowden on TED: More Revelations to Come; Here’s How We Take Back the Internet Michael Shedlock

Reset the Net. FYI, I don’t know the organizations behind this, and the site is a preview. But what they do say so far hits the right notes.

Democrats Are In For a World of Hurt If They Keep Running From Obamacare Kevin Drum. Never occurs to him that the Democrats might have trouble mustering up enough positive stories that would stand up to scrutiny (as in the premium might be lower that what the person had before, but including the deductible in the analysis changes the picture).

O-Care premiums to skyrocket The Hill

The Fed and Return to Ad Hocery Marc Chandler

The Bank of England Lights A Fuse Under the Field of Economics Ilargi. We’ve posted on this topic, but this is a good writeup.

Pay it forward: Plan would allow Michigan students to attend college for ‘free’ Detroit Free Press. Adam Levitin on a variant of this idea:

Enforceable? Probably not. Most likely not specifically enforceable (13th Amendment!). Damages, surely yes, unless a court finds the contract unconscionable or the like. But those damages are likely dischargeable in bankruptcy….

It’s actually not indentured servitude lite, however. It’s quite the opposite. Indentured servitude was a debt contract, not an equity investment. It typically involved the servant being fronted the cost of trans-Atlantic passage by the ship’s captain. The servant could either call the debt (redeem) within a very limited window or would have to work as a servant for a limited term of years. As the servant rarely had the funds to redeem, the captain would simply assign the contract to whoever bid for it. The key points are that indentured servitude was a limited term debt contract. A few hellish months or years, but then one was free. It was not commitment of a lifetime of labor or of a percentage of earnings beyond a few years. Upstart and Pave seem to be seeking a percentage for a much longer time. Do they have employment restrictions? 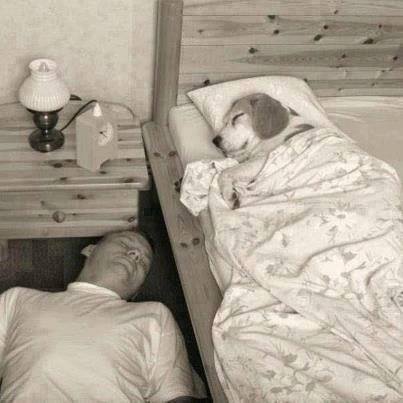