I’ll be adding a few more items to Links after our 7:00 AM e-mail launch, so those readers should visit the site for the final version.

Do animals have a sense of humor? Slate. Found the e-mail from Brian C pointing to this article only now, aieee!

The key is part of an actual switch. There are a few ways to “kill” a car engine. Putting a computer in charge of that is crazy. Key off, ignition system no longer “armed”.

The other way that should be considered, if keys are on the out, is a ground fault switch. Common on 2 stroke engines. Just simply short out the ignition coil.

Pushing and holding a button to turn off a car is nuts. If you need a car off, you need it off NOW, not a few seconds from now.

Abort, Retry, Fail? – Lancet Avoided Much Recent Unpleasantness in Reporting on New Gates Foundation CEO (Including Her Defense of $55,000 a Year for Bevacizumab) Health Care Renewal

Spreading Good Around The World Atrios

Is Another Aspect Of The TPP They Hid From Us, Legally Stoning Gays? DownWithTyranny (RR). Hollywood (or at least the glamorous part) has declared war on the TPP.

‘No UK trade benefit’ in being in EU BBC

NATO’s Top Commander: Russia Won’t Invade Ukraine Voice of America. Having planted this notion, the officialdom is now having to talk it down.

Why Trying to ‘Win’ Ukraine Could Lead to Its Collapse New Republic (billmon). You need to read past the one-sided account of how this row began to get to the useful bits.

Ukraine Troops Killed in Slovyansk as Rebels Down Chopper Bloomberg

Statecraft or Witchcraft? Dimitry Orlov (Richard Smith). Should have called out the warlocks too.

The Three-Drug Death Penalty Cocktail is a Mess New Republic

A century of capital structure: The leveraging of corporate America VoxEU

There’s no evidence that privatisation works, but it marches on Guardian

Capitalism, Not Government Is the Problem Chris Hedges, Truthout. Some readers discussed this article in comments. One weakness is treating capitalism as monolithic. It comes in many flavors, and some are better for ordinary peopel than others.

Poverty is not “complex” MacroBusiness

Antidote du jour. This looks like a stuffed toy, but Lance N says this is a real baby alpaca. 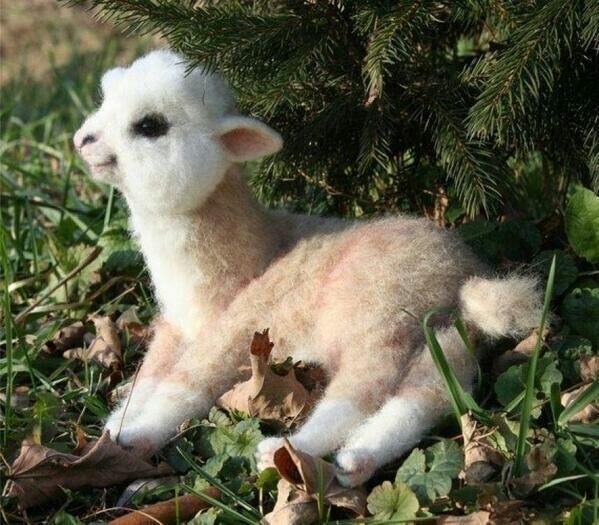