We wrote about edge-of-the-envelope company incorporator IOS (International Offshore Services) and its eminence grise, Philip Burwell, and their still-live New Zealand connection, earlier in this series.

There’s one last IOS company in New Zealand to remark on. It provides a little foretaste of how offshore shell companies might look in New Zealand, once the latest Company Law reforms enter the statute books (if that ever happens: there are incomprehensible multi-year delays).

Genius Management Limited, formerly directed by Erik Vanagels of Panama, then by Manti Effrosyni of Cyprus, is now directed, for no immediately obvious reason, by another Panamanian, Doria Imelda Yunda Mina.

Ah, but here’s the reason: Genius Management has switched company agent too. Its agent is no longer Equity Trust International; as of the 4th March 2014, just a few weeks ago, the agent is Panasuisse (New Zealand) Ltd.

Turning to Panasuisse’s web site, archived here, we can see that “Panasuisse” is a trading style of FS Finance Suisse AG and Finance Suisse LatAm SA, just as one might expect, given their shared directors.

So, for practical purposes, Panasuisse is all one international entity, really, with different styles in different jurisdictions, but with the same people running it.

This happens to be the registered office of a local accounting firm, Beanies On The Run. They offer company incorporations, of course, so you’d have to pencil them in as Panasuisse’s local agent.

So, what does all this mean? Perhaps you, dear reader, don’t think that Panasuisse is instantly tainted by its association with Vanagels and Burwell via Genius Management Limited. The least malign interpretation one might dream up is that, in a tour-de-force of appalling due diligence, a client of Panasuisse, with nothing more sinister than hair-raisingly aggressive tax avoidance in mind, has bought Genius Management as a shell company.

Unfortunately for that theory, Genius Management is still 100% owned by Unihold Limited, which is 100% owned by Trust Holdings (NZ) Limited, a holding company of Equity Trust International.

The companies held by Trust Holdings (NZ) Limited take their marching orders, via Equity Trust International,  from IOS and Burwell, who (amongst many utterly blameless activities, no doubt), register shell companies for Eastern European organized crime. We worked all these connections out in our previous posts (here and here).

Furthermore, in the wacky offshore world of Philip Burwell’s IOS, there is precedent for a New Zealand company suddenly ditching its Latvian stooge director for a Panamanian stooge director. For instance, you can see Latvian Inta Bilder replaced by Panamanian Roger Alberto Santa Maria Del Cid as director of Normiso Limited.

Lastly, IOS/Burwell likes a certain amount of misdirection in its own incorporation activities too. In 2009, The Company Net, already fronting IOS/Burwell, opened another channel to the NZ registry by incorporating a company called IOS Consulting Limited, directed by the same Panamanian stooge we met at Genius Managment, Roger Alberto Santamaria Del Cid. Had IOS Consulting survived (the New Zealand Registrar spotted it and struck it off), it is very safe to assume that Burwell would have been in control of it, not the stooge.

All of that implies a less benign explanation for what’s going on with Genius Management Limited: obfuscation.

To make this suggestion more plausible, one might want a slightly firmer link between Panasuisse and IOS. Rather handily, there is one, in Panama, via a company called Panasuisse SA, company number 524484. Until 2008, the directors of that company included Ricardo Cambra 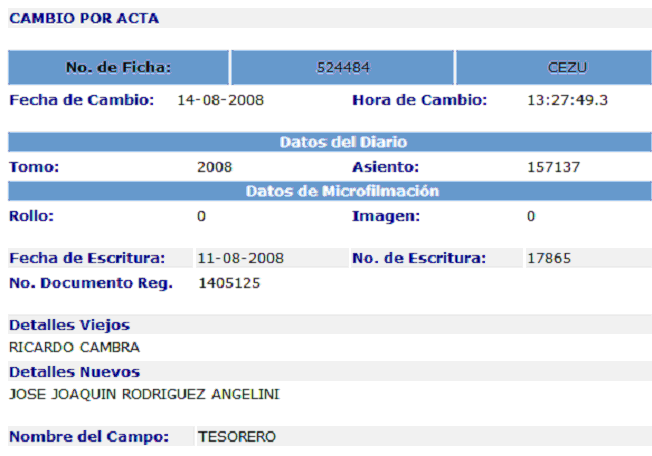 and our friend Doria Yunda of Panasuisse (new Zealand): 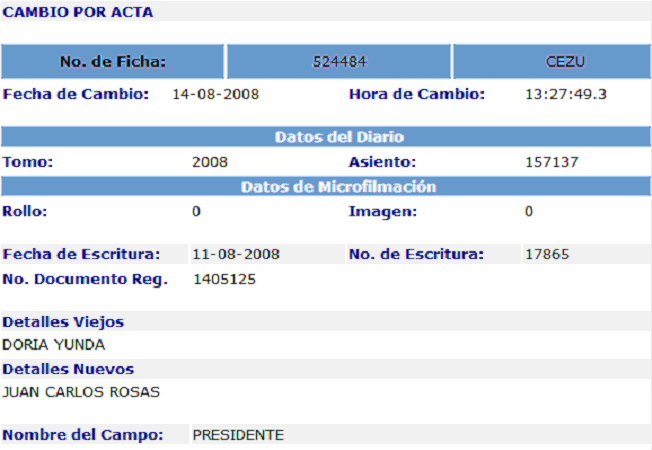 Tellingly, Ricardo Cambra was a director, alongside the IOS/Burwell stooges Stan Gorins, Eric Vanagels and Voldemar Spatz, whom we dealt with here, of the renowned moneylaundering shells,  Cascado AG and Systemo AG (Panamanian company number 531814), for instance: 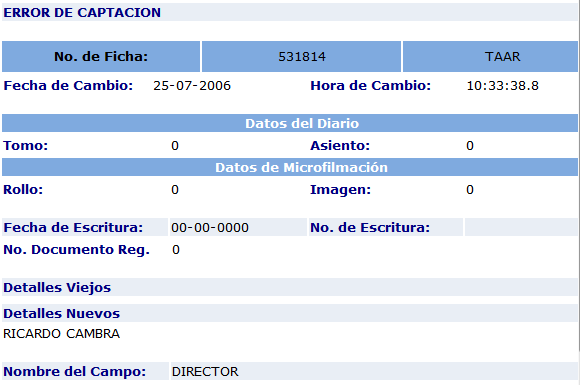 That’s more than enough connections from Burwell/IOS to Panasuisse for me.

A lookup of the companies owned by the Panasuisse (new Zealand) holding companies discloses yet more shells, all at that same address in Queenstown. So it’s bulking up again, that IOS network, with Panasuisse in the middle, this time. Directing the resulting companies, we have the same New Zealand resident that directs Genius Management Limited. He looks like a stooge.

Burwell’s opinion on stooge directors was recorded by the indefatigable Graham Stack:

“They are not criminals, but they are unimaginably stupid”

Indeed. To get an idea of how stupid a New Zealand stooge has to be, first contemplate this part of favourite IOS/Burwell stooge director Roger Alberto Santamaria del Cid’s pedigree,

In October 2010, Santamaria was named in press reports as the Panamanian contact for an Internet investment scam, Imperia Invest IBC, which defrauded 14,000 investors worldwide of about $7 million. They included about 6,000 deaf people from the U.S. states of Utah, Maine, Wisconsin and Texas.

Next, turn to the text of the latest version of the much-delayed NZ Companies Bill to see what that New Zealand resident director of Genius Management Limited might be letting himself in for, assuming that other companies from the same stable turn out just as dodgy as Imperia, as one ought to expect:

The purpose of requiring a director who lives in New Zealand is to ensure that there is an identifiable individual with a substantive connection with the company who can be questioned about the activities of the company, and who can in certain circumstances be held to account.

So, in New Zealand, under the new law (assuming it ever becomes law), a stooge director will not only be “unimaginably stupid”, but potentially, a criminal, as well. Give it a couple of years: the New Zealand resident director of Genius Management Limited might well find he’s been mugged by the nefarious activities of one of the companies that he purportedly directs, which, for all he knows, could be anything from multimilion investment scams to seriously upscale arms smuggling or drug smuggling.

It looks as if there may be another prospective mugging victim here too: that local accounting firm, Beanies On The Run, which operates from that address in Queenstown; franchised, by Equity Trust or Panasuisse, on the face of it; but most likely, mugged, at one remove, or two, by Burwell and IOS, for the sake of a spot of extra camouflage.

Perhaps Beanies On The Run, when they take a closer look at the pedigree of the Panasuisse company Genius Management Limited, will also have some idea what “unimaginably stupid” feels like.

Nevertheless, with respect to director residency, the Panasuisse companies are in full compliance with the new NZ company law, as far as I can see, even though it hasn’t been taken onto the statute books. So here are some observations that might inform the implementation and enforcement of the new Companies Act (assuming it ever becomes law)

I wonder what the NZ Registrar of Companies will make of it all. Perhaps he’ll conclude that the existence of a local director means that the Panasuisse companies in New Zealand all totally, totally, totally legit.

That, too, would be unimaginably stupid; as is further delay to the new Companies Act, which has been languishing since its second reading, this time last year.