Yves here. This post might seem a smidge technical for generalist readers, but have faith. Pilkington uses DSGE models, a widely used type of macroeconomic forecasting model, to demonstrate the prevalence of intellectual bankruptcy in economics. 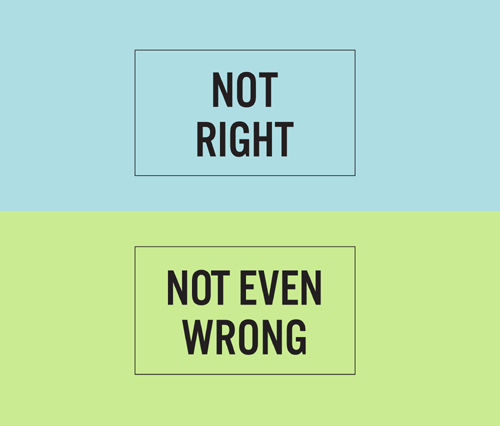 Readers will note that I very rarely discuss DSGE modelling on here. Frankly, I’m not enormously interested. The fad is one in which economists — or, we should rather say: mathematicians with some loose economic training — have come to mistake analogy for literal explanation.

What do I mean by that? Simply that they have taken certain contingent theoretical statements made by previous generations of economists as Iron-Clad laws and then used these as building blocks to construct ever more Byzantine towers that tell us nothing about how the economy actually operates. This has given rise to a funny game where theorists no longer really build models to give us new insights. Rather they tend to try to integrate things that have already happened and thus they try to tailor their models to fit the discourse of the day.

For example, after the 2008 financial crisis a whole proliferation of models incorporating aspects of What Happened appeared. Theorists began to pick up on words that started appearing in the newspapers and so forth and then tried to incorporate these into their models. The models became the manner in which the theorists articulated What Happened to themselves. It is a truly bizarre ritual indeed. The theorists gain a fuzzy understanding of what actually happened and then incorporate this fuzzy understanding in an even fuzzier manner into a DSGE model and then convince themselves that they are engaged in scientific activity when really all they are doing is following a fad or news-trend.

One such approach that might be of particular interest to readers of this blog is an attempt by two economists by the names of Bianchi and Melosi to integrate ‘uncertainty’ into a DSGE model. If that smells funny, it should because the entire construction of such models seeks to eliminate uncertainty. But when you read the paper, entitled Modeling the Evolution of Expectations and Uncertainty in General Equilibrium, you quickly see that the authors do not understand the concepts they are dealing with.

When I read the title I thought to myself: “I bet they have mistaken risk for uncertainty” and indeed this is precisely what they have done. They basically turn the agents in the model into Bayesian calculators that tot up the probability of the economy entering various phases or states.

This leads to some truly bizarre statements. As readers will probably know a key component of uncertainty is due to the fact that we exist in a world where people exercise free decision. Thus we do not and cannot know what people are going to do in the future and must form judgements about the world by trying to anticipate what those around us will do. This is absolutely central to Keynes’ concepts of uncertainty and animal spirits and so on. The authors of the paper, on the other hand, write,

In our framework agents have always enough information to infer what the current state of the economy is or what other agents are doing: High or low growth, Hawkish or Dovish monetary policy, etc. Nevertheless, agents face uncertainty about the statistical properties of what they are observing. For example, agents could be uncertain about the persistence and the destination of a particular state. (p4 — My Emphasis)

After completely butchering the meaning of the term ‘uncertainty’ they proceed to violently attack other concepts. Next on the chopping block is ‘animal spirits’.

…the methods developed in this paper lay down a convenient framework for investigating the effects of changes in economic fundamentals or animal spirits on uncertainty and the feedback effects of such swings in uncertainty on the economic dynamics. (p37)

The authors genuinely think that in deploying Bayes’ probability theorem to human decision-making they have constructed an approach for studying ‘animal spirits’. But of course the very paragraph where Keynes, who knew more than a little bit about the philosophy of probability, introduces the term states crystal clearly that ‘animal spirits’ is unrelated to probability estimates.

Most, probably, of our decisions to do something positive, the full consequences of which will be drawn out over many days to come, can only be taken as a result of animal spirits — of a spontaneous urge to action rather than inaction, and not as the outcome of a weighted average of quantitative benefits multiplied by quantitative probabilities. (My Emphasis)

This is a very simple point indeed and one that the authors could easily have picked up from either the source itself or the literature that grew up from it. In Keynesian economics we do not assume (a) that certain aspects of the future are reducible to probability estimates, or (b) that people act in a manner in which they take various events in the future to be calculable in numerical probabilistic terms and then apply this to reality in the form of Bayes’ theorem.

The level of scholarship in contemporary economics is absolutely shocking. Contemporary theorists just pick up on buzzwords that they hear in the media and then assume that they have understood them. Then they scramble to build some arcane model or other in which they assure others that they have captured the meaning of the buzzword in question. The mathematics then becomes a cloak hiding the fact that they have never bothered to actually think through the concepts they are using. Poor scholarship and lack of real understanding is perpetuated behind a wall of mathematics. The trick is that anyone who understands the mathematics is very likely not to understand the ideas in question. And so the whole circus can go on indefinitely.

Economists today no longer debate economics at all. They no longer want to talk about, for example, what the meaning of the idea of animal spirits has for economic theorising. Rather they want to busy themselves as fast as possible with applying whatever new trick they have learned in maths class. And then they think that they are saying something about the real economy! DSGE modelling and those that practice it are truly in the territory of not only not being right but not even being wrong.

Reading papers such as this one might well conclude that economics as an academic discipline is largely dead. Ideas are no longer actually debated. Words lose any clear meaning and become allusions to some mysterious and ever-changing x (did someone say ‘liquidity trap’!?). Mathematical consistency becomes confused with truth. The field becomes so garbled that anyone who wants to learn anything about economics has to tear themselves firmly away from it.