The Rise of the DIY Abortion in Texas Atlantic (furzy mouse)

Rio’s Maracanã Stadium is Privatized Rio Times. This story is from last year, but in light ot the World Cup, EM thought NC readers should be reminded.

Japan: The Mystery of the (Almost) Invisible Suicide majiroxnews. owenfinn: “There are very large protests against the Goverment`s plan to “re-interpret” the constitution tonight outside the PM`s residence here in Tokyo – again no media coverage.”

What the Arab Youth Movements have Wrought: Don’t Count them Out Yet Juan Cole

Argentina: will it or won’t it default? Financial Times

Should Facebook Manipulate Users? New York Times. Article is much harsher than the headline suggests.

Told You So, FBI Back Door Search Edition Marcy Wheeler

Loser of Republican Congressional Primary in Oklahoma Plans to Contest Election …Claims Body Double of “Dead” Incumbent Defeated Him Jonathan Turley. Chuck L: “The scariest thing in this link is that Murray got over 5% of the vote!” 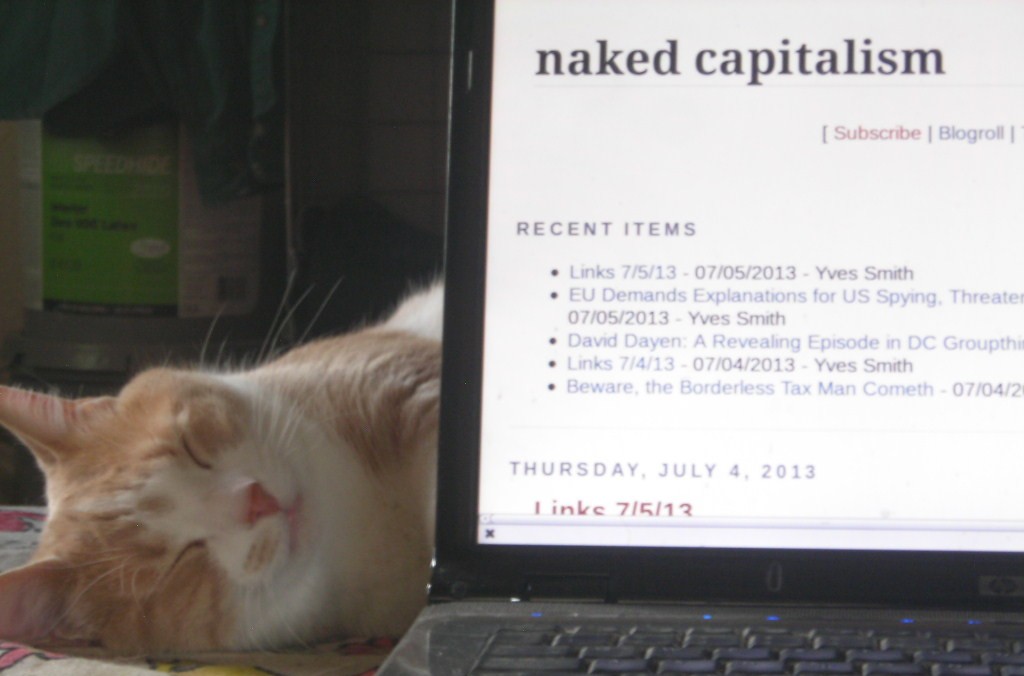