By Simone Tagliapietra, Senior Researcher at the Fondazione Eni Enrico Mattei in Milan and Visiting Researcher (Non-residential) at the Istanbul Policy Centre at Sabanci University in Istanbul, and Georg Zachmann, a member of the German Advisory Group in Ukraine and the German Economic Team in Belarus and Moldova. Cross-posted at Bruegel

Just a week after having sent a Statement of Objections (SO) in the frame of the antitrust case against Google, EU Competition Commissioner Margrethe Vestager sent yesterday an SO in the frame of the case against Gazprom. The decision to send a charge sheet against the Russian gas company came after almost three years of investigations, which have also seen EU antitrust officials raiding Gazprom offices in central and eastern European countries.

But what is this antitrust case all about? And, considering the current EU gas market environment, has it arrived at a good time or bad time for Gazprom? Furthermore, what might be its potential impact on overall EU-Russia relations? This blog post aims to shed some light on these issues, also by trying to consider the perspective that Gazprom might have on the issue.

The case in a nutshell
In the Statement of Objections sent yesterday, the European Commission alleges that in the Baltic countries, Bulgaria and Poland Gazprom is:

i) Hindering cross-border gas sales, through certain clauses in the contracts with its customers allowing Gazprom to charge higher prices in countries that are more dependent on Russian gas (see map). 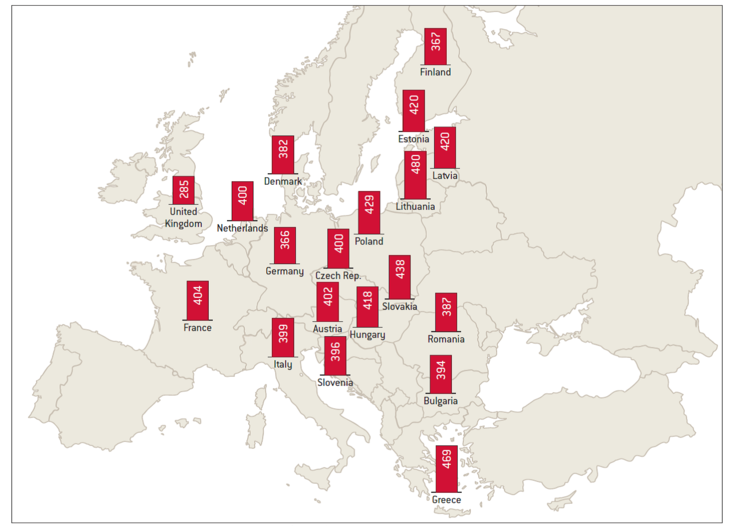 Source: Bruegel based on Henderson and Pirani (2014).

Gazprom has 12 weeks to respond to the Statement of Objections and also has the opportunity tocall an oral hearing to make its defence. As there is no legal deadline for the Commission to complete antitrust inquires into anticompetitive conduct, the duration of the investigation is uncertain. If it keeps to legally binding commitments that address the Commission’s concerns, it will still be able to settle the charges. Otherwise, the Commission might decide to issue an infringement decision and ultimately fine Gazprom up to 10 percent of its global annual turnover.

The EU antitrust case against Gazprom 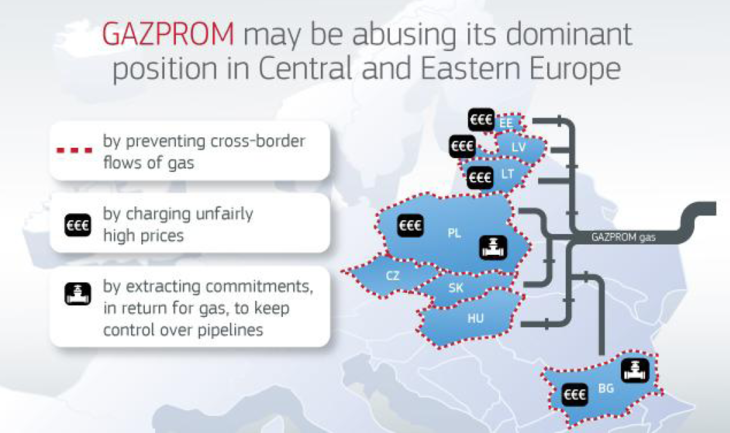 The case in the context of the current EU gas market environment: good timing
But does this case arrive at a good time or a bad time for Gazprom? Paradoxically, looking at the current EU gas market environment it might well be argued that the case arrives at a rather favourable moment for the Russian company, at least for two reasons: demand outlook and pricing evolution.

When discussing the current status of EU gas demand, energy analysts often use expressions like “nightmare”, “disaster” and “disruption”. These words provide a good sense of the sharp downward trend that has characterized EU gas demand since 2008, not only due to the recession but also to the increasing share of renewables in power generation, increasing energy efficiency and the comparative advantage of the United States in terms of gas prices. As a pivotal supplier, Gazprom is also partly responsible for this ‘demand destruction’ in Europe, as its pricing policy was not flexible enough to ensure the inter-fuel (vis-à-vis coal) and international (vis-à-vis the US) competitiveness of its clients. The 10 percent reduction in EU gas demand between 2013 and 2014 illustrates the massive size of the issue. 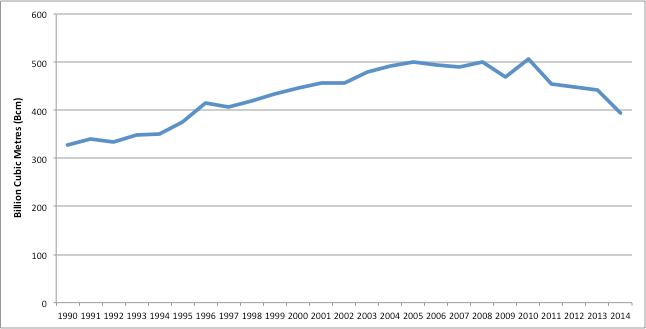 With the unanticipated fall in demand, market power in the EU has rapidly shifted from producers to consumers. Gazprom might seize the opportunity presented by the antitrust case to revise its business model in the EU, with the aim of enhancing its competitiveness in the market and thus securing both the integrity of EU gas demand and its share in that.

The shift in market power from producers to consumers is connected to the pricing issue. As an overall trend, European gas pricing is evolving towards a hub-based system for commercial and regulatory reasons. This process is still in the making, considering that long-term contracts have not been terminated yet, but it is certainly advancing rapidly. Some companies, such as Statoil, have already adjusted their business model to the new reality of the EU market. Gazprom should have already followed this example, by adjusting its pricing formulae according to new market conditions, always with the ultimate aim of securing its segment of the EU gas demand. Such a move would have been particularly reasonable in recent months, considering the unprecedented fall in oil prices, which has already started to cut into Gazprom’s oil-indexed contracts and which will consistently lower these gas prices during – and probably even beyond – 2015.

Evolution of Brent oil price from January 2000 to March 2015 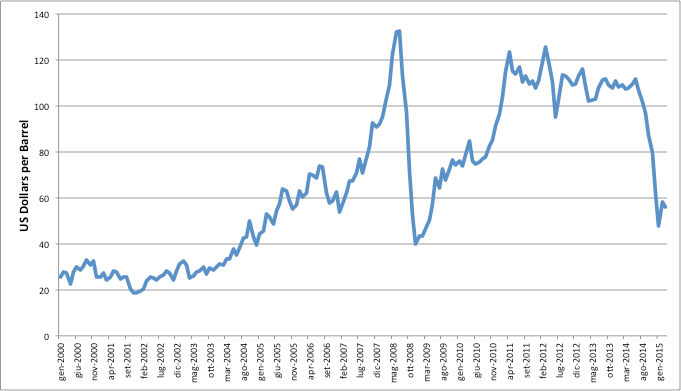 In this context, it might well be argued that the EU antitrust case arrives at a rather good moment for Gazprom, as it might seize this opportunity to enhance its business model in the EU and thus secure its long-term sustainability.

The case in the context of current EU-Russia relations: bad timing
Commissioner Vestager declared last February that “If you see [the EU antitrust case against Gazprom] as a political case then any timing will be bad”. This affirmation does certainly make a lot of sense, but of all the possible timings, the current one seems to be particularly bad for EU-Russia relations.

In fact, current political relations between the two players are extremely difficult, due to the convergence of a variety of factors such as EU sanctions against Russia over the Ukraine crisis, diplomatic efforts of Russia to unhinge the precarious EU “single voice” in foreign policy by attracting vulnerable EU Member States into its economic orbit, the persistency of tensions in Eastern Ukraine even after the Minsk II agreement, and the difficulties of the ongoing trilateral EU-Ukraine-Russia gas talks and related security concerns.

In this extremely complex geopolitical situation the EU antitrust case against Gazprom will most likely – in this case literally – add fuel to the fire.

Conclusions
In commercial terms Gazprom might benefit from the EU antitrust case, in the sense that it might provide the necessary outside impetus for Gazprom restructure its business model in the EU accordingly to new market realities, in line with actions already taken by other EU gas suppliers such as Statoil. Such a process will enable Gazprom to sustain its role in the European market in the long-term, and also contribute to de-politicize the role – and the perception – of the company in Europe. Moreover, such a process might also help Gazprom to become de-politicized within Russia, making it less likely in the future that sensible business decisions are overruled by political concerns.

However, political arguments will most likely prevail over commercial ones, and this dynamic will further worsen the already deteriorating EU-Russia gas partnership. If Gazprom does not collaborate with the European Commission during the case, it will provide the EU with another argument in favour of diversification of gas supplies, ultimately contributing to the further deterioration not only of the EU-Russia gas partnership but also of the position of Gazprom itself in the EU. At this moment, as Belyi and Goldthau also point out, Gazprom should decide on whether to follow a risky political path or a sustainable commercial trajectory. In the latter case, its actions might ultimately contribute to the (re)construction of a relationship of mutual trust between the EU and Russia, which could expand far beyond the realm of the gas market.