Chinese expansion calls for firm challenge China Spectator. Note the Australian navy consists of about all of six ships. I’m exaggerating but not by much.

Abe wants G-7 to spell out opposition to muscle-flexing by China Japan Times. This plus Greece is going to make for a higher-stakes G-7 than usual.

Incoming Barcelona mayor wants to introduce tourist cap Telegraph. I really like Barcelona and I can see the basis for his concern. The few times I’ve been there in the summer, the tourist areas were awfully busy.

The rewilding plan that would return Britain to nature BBC. Does that mean getting rid of Tories first?

Agreement on the Economic Policy, Reforms of the Period 7/2015-31/3/2016 and Completion of the Current Agreement. Published by Tagespiegel (TF). Greece’s proposal.

What happens if Greece defaults on its International Monetary Fund loans? Telegraph

Credit market is virtually dead due to the uncertainty ekathimerini

In ISIS, the Taliban Face an Insurgent Threat of Their Own New York Times

ISIS Doesn’t Use Apple Products Anymore, But The FBI Is Still Concerned About Their Encryption Technology International Business Times

Congress Can — and Should — Declassify the TPP FPIF (furzy mouse)

Rivals show sands shifting under Clinton Edward Luce. Luce is very connected, so when he’s not doing hackery on behalf of Summers, he’s worth listening to.

Millions of US government workers hit by data breach BBC

Cancer Clusters In Florida: The Silence Of The State Counterpunch

Is the takeover surge a sign of trouble? Gillian Tett, Financial Times

Stand with Elizabeth Warren: Tell SEC Chair Mary Jo White to implement the CEO Pay Rule now Democracy For America. Better if you write a letter to Mary Jo White (address here), but this is a fallback.

This is a pathetic story of unadulterated corporate greed. The entire H-1B visa program is a ploy to allow low wage workers to immigrate to the US and take jobs from highly skilled US workers so that corporations can increase executive pay. Absolutely disgusting. The truth is though, many corporations are doing it as they cry to Congress to increase the numbers of slave laborers allowed into the country through the program. Truly an awful situation as the jobs lost are high paying.

And while we are at it: Disney policy requiring character confidentiality comes under fire Orlando Sentinel

‘Chipping Away At My Soul’: Insiders Detail The Decline And Fall Of Corinthian’s For-Profit College Empire Dave Dayen, Huffington Post

Antidote du jour. Chris A: “The Honeybee is on my raspberries. Both my blueberry and raspberry bushes are audibly buzzing with them. They aren’t all dead yet!” 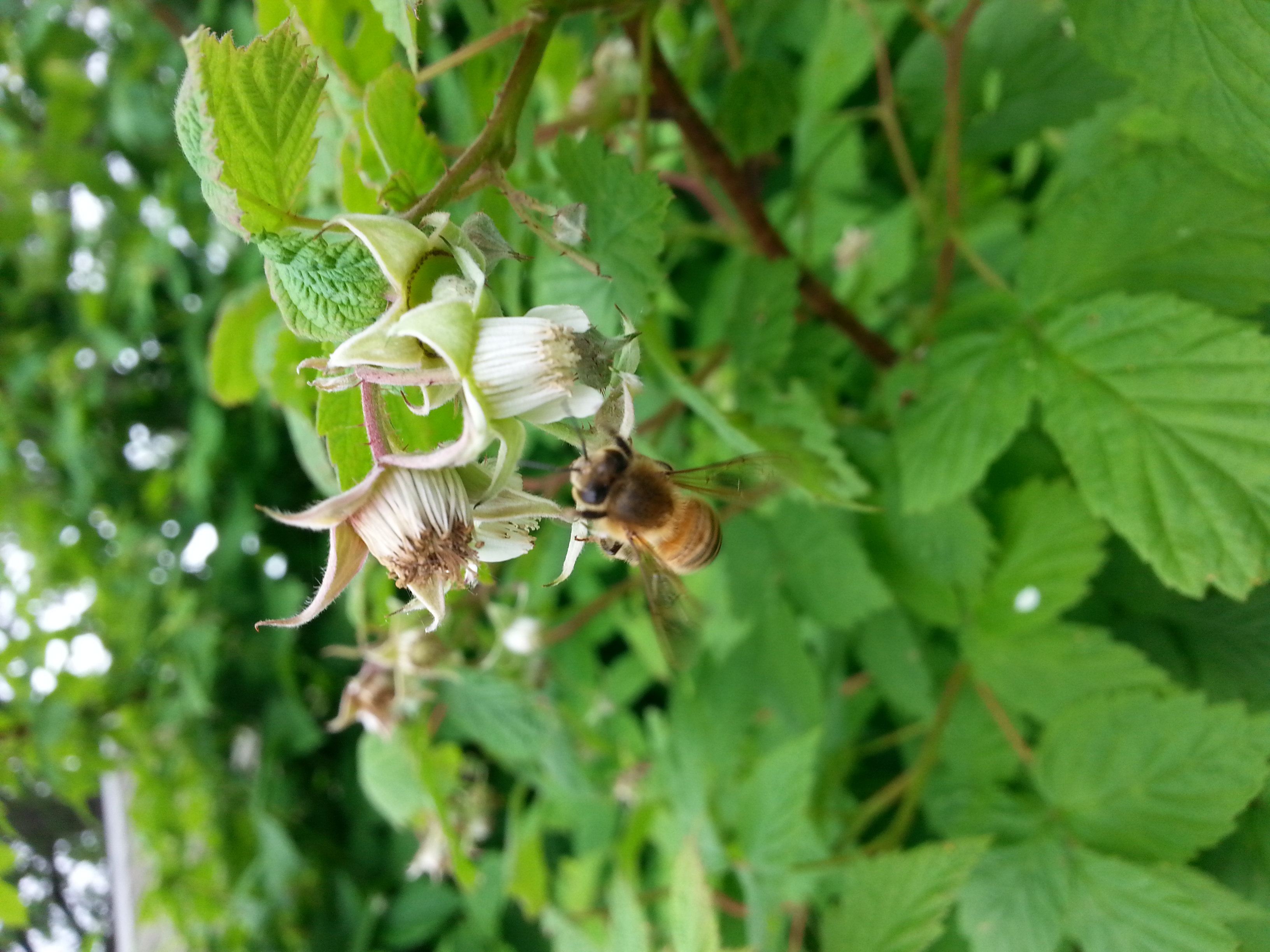