Twin Cities dentist admits killing beloved lion, thought he was acting legally Star Tribune. Furzy mouse: “May he be miserable for the rest of his days….​”

What to Expect from El Niño: North America Wunderblog

EU refused to acknowledge mistakes made in Greece bailout Richard Koo (guurst). Um, the EU is not a party to these talks. While this is a very good economic analysis, the Greek negotiations are not about having the debts repaid. They are about maintaining Germany’s dominant position in the Eurozone.

How Germany Prevailed in the Greek Bailout New York Times

Our monumental Turkey blunder: Who put the American exceptionalists back in charge? Salon (Oregoncharles)

Turkey’s Focus on Crushing Kurd Extremists Complicates ISIS Efforts New York Times. Notice how now the Kurds who are fighting for independence have morphed into ‘extremists” now that we need to curry favor with Turkey.

Vizio IPO plan shows how its TVs track what you’re watching Engadget. Chuck L: “As the owner of a Vizio TV this is disturbing. Guess I’ll have to find the instructions and learn how to turn off the ACR function.”

Is report ‘political tool’ of US govt? The Nation (Malaysia)

$1 of every $5 spent in US will be on health care CNBC. As we pointed out, the CBO uses an utterly bogus methodology which leads to forecasted cost increases that clearly exaggerated (experts at the Fed felt compelled to call them out). The purpose is to scaremonger to get Medicare cut. I suspect similar methods and motives are at work here.

Who’s Right on Health-Care Cost Projections? WSJ Washington Wire (Nathan Tankus). By the lead author of the study we linked to above:

Which of these should be believed? Neither. Health spending is almost impossible to predict. Assuming that past trends continue indefinitely produces nonsensical results, as it implies that health spending will eventually consume all of GDP. But forecasting how the future will be different from the past is not something we know how to do. The large wedge between these two arguably sensible projections of Medicare should be taken as evidence that we really don’t know how big a fiscal problem health spending will be 25 or 50 years in the future.

Under Oath, Donald Trump Shows His Raw Side New York Times. Translation: the oppo is finally getting serious.

Trump: I Would Consider Palin for Post in My Administration Newmax (furzy mouse)

So San Bruno residents have in recent years suffered from biblical-plague-evoking fire (PG&E gas pipeline blast) and now flood in midst of a historic drought. What next – famine or plagues of locusts? The local news coverage mentioned 15-20 million gallons spilled before the water people were able to safely effect a shutoff, roughly 20% of the water San Francisco uses in an average day.

Um, I recall that PG&E was the bad guy in the toxic tort case highlighted in the movie Erin Brockovich

Bloomberg, Out of Office, Still Has Influence Over Schools New York Times

Antidote du jour (Stephen L). From the FB page of the Donkey Sanctuary: 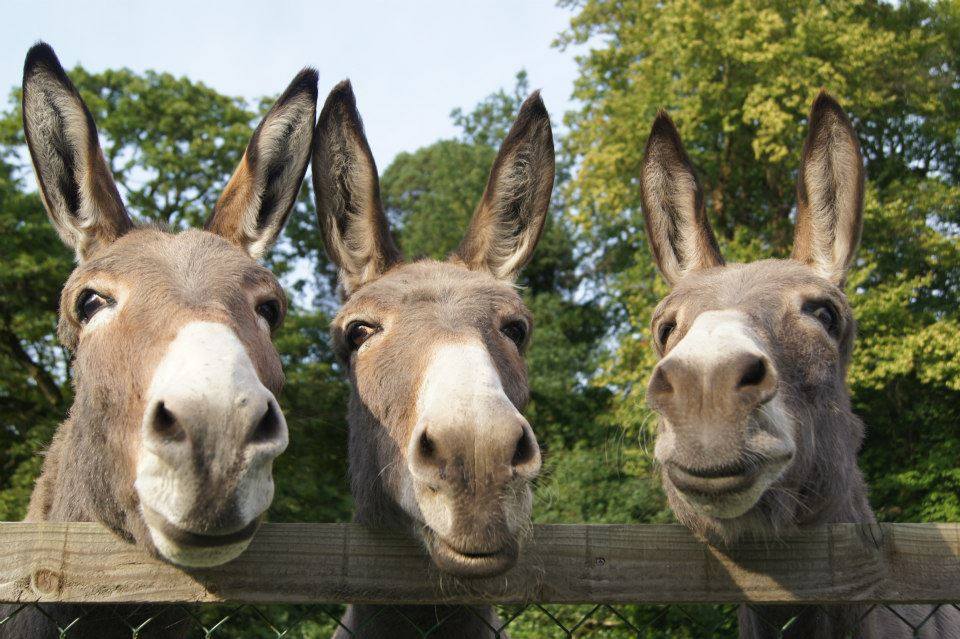