Devastation as hitchhiking robot hitchBot found ‘murdered’ in US city London Evening Standard. Chuck L: “Where else but in the US of A?”

Conservapedia gets schooled by evolutionary biologist Daily Kos. Worth reading for the quotes from a great takedown.

Turning “No” Into a Political Front Jacobin (Sid S). Take note of this section:

The third aspect: the appeasement of the center of economic power, the oligarchy, and what is called in Greek “diaploki,” the intricate nexus between business interests, politicians, and the state. And here we must be absolutely specific. It would of course be a mistake to attach all blame to individual persons. But we should be quite clear about the fact that there have been enclaves providing bridges with sectors of the oligarchy inside Syriza, even before it came to power.

There is nothing coincidental about the exceptionally opaque role of the vice prime minister, Giannis Dragasakis, as the person par excellence devoted to keeping the status quo untouched in the entire banking and financial sector, standing as a barricade against any attempted change in a system that today forms the nerve center, the literal heart, of capitalist power in its relation to the state.

Leftwing Eurosceptics are wrong to use Greece as a reason to leave the EU Hugo Dixon, Guardian

Ministers press on with talks on banks, privatization ekathimerini

The Cruel and Indefensible War on Yemen American Conservative (reslic)

Special Report: State Department watered down human trafficking report Reuters Chuck L: “Per the David Dayen tweet: ‘We’re 1 whistleblower away from a massive problem for the Obama WH (or at least it should be).'”

One Way to Fight California’s Drought: Desalt the Ocean Wired. Aiee. I have not looked at desalination lately, but last time I did, it has meaningful energy costs. And as resilc points, out, “Then what with the salt? Ship to Ghana like e waste??” Water, carbon emissions and food need to be addressed as an integrated problem, not in a one issue-in-isolation manner.

How To Be Filmed Murdering a Man, Cover It Up, Be Free On Bail, And Ask For Your Job Back Daily Kos

The Challenges of Fighting Money Laundering New York Times. Resilc: “If it was laundering for is2 or narcos the Feds would tkae my house and every last dime. If HSBC or Chase, take it from the dividends of retirees. It’s da merikin’ way.”

Puerto Rico triggers historic default as austerity spiral deepens Ambrose Evans-Pritchard. This is frustratingly off the mark. Puerto Rico has suffered from insufficient fiscal spending. That is not the same as austerity.

SEC Set to Probe Pimco Exchange-Traded Fund Wall Street Journal. Looks like they fudged valuations. And Wells notices are serious. They mean roughly, “We are preparing to file a suit but we’ll give the suspect one last chance to try to explain his way out of it.”

How Is Normalization of Monetary Policy Going to Work? St. Louis Fed. Key sentence: “Federal Reserve Board economists estimate that the normalization process will take about seven years once it starts.” And that assumes it actually starts…

Antidote du jour From the story There’s A Teen Mountain Lion Out On Her Own For The First Time Laist: 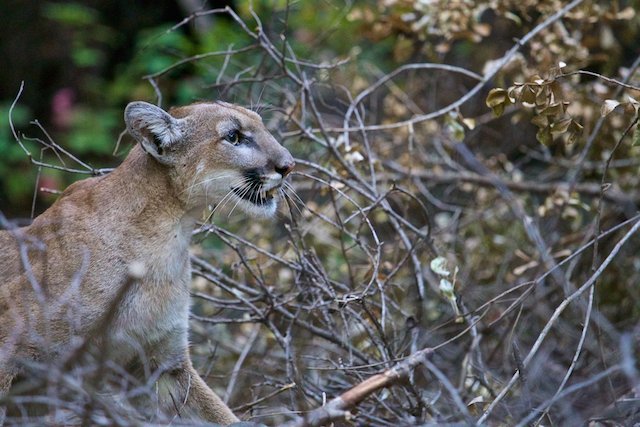