A Bit of a Pre-Weekend Reprieve in Europe, but Return of China on Monday is Worrisome Marc Chandler

Negative 0.5% Interest Rate: Why People Are Paying to Save New York Times. You want to destroy capitalism, this is the blueprint. As Machiavelli advised his prince, “You can kill a man’s father, but you cannot take his patrimony.”

How did Iceland clean up its banks?

Austrians Need Constitutional Right to Pay in Cash, Mahrer Says Bloomberg (Chuck L). I hate to say this, but this is probably the only upside of American being full of guns. I don’t think Fed officials dare propose either negative interest rates or getting rid of cash due to the odds of armed backlash (bank officials and employees, and various officials being targets). It’s the fear Kissinger actively cultivated re Nixon, that he was a madman and there was no telling what he might do.

A Comedy of Terrors Counterpunch. Bill B: “On Syriza.”

Putin is a bigger threat to Europe’s existence than Isis Guardian (Sid S). Soros is taking his message on the road…and blaming Putin for the refugee mess!

Clinton adjusts pitch: I can be a Sanders, just better McClatchy (resilc)

Apparently there’s a special place in hell for Democratic politicians who criticize Barack Obama as insufficiently progressive. And a special place in heaven for politicians who have accepted $133,246 from the private-prisons industry but tell Black and Hispanic voters at a debate shortly before the Nevada caucuses and South Carolina primary that they want to end the private-prison system Angry Bear

Eric Garner’s Daughter Endorses Bernie Sanders New York Magazine. The ad is amazing. And it’s a gripping reminder of how much needs to be done to stop the widespread injustices done to blacks and other people of color.

Carrier workers’ rage over move to Mexico caught on video – Feb. 12, 2016 CNN (resilc). In the way too small world category, I valued that business for United Technologies in 1984 when working for McKinsey. I had to spend time in Mexico City, and concluded there was no reliable data in the Mexican economy on which to do a valuation. The members of the local office agreed, and said, “We do a lot based on feelings.” I was nevertheless able eventually to cobble up a proper valuation based on the current owner’s POV, where he could play domestic asset valuation/redepreciation games and would also be able to get more actual work done by his employees (domestic unions play ball better with powerful local oligarchs than gringos) v. the UTX perspective (a very high market discount rate for peso risk). When you did the math, the (I am not making this up) 10x difference between bid and offer prices was perfectly rational. We did the valuation as a favor of sorts, and I exited thereafter. I don’t know when exactly the deal got done, but my impression was that UTX was eager despite the awfully high hurdles. And Monterey was a dump. Hugh 10-20 story high piles of raw materials that dominated the area, with small temporary-looking mainly one story manufacturing plants scattered among them.

Antidote du jour. Since this is from Richard Smith (originally @AkshatRathi), one can deem this to be an anti-antidote. But it’s a 200 year old Chinese giant salamander, so it probably deserves some slack. 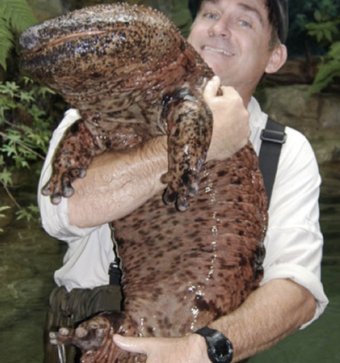