Researchers find birds can theorize about the minds of others, even those they cannot see PhysOrg

The causes of selfie-related fatalities Boing Boing (resilc). Wow, this is a category?

Thwarting the European hegemon as sterling wilts amid Brexit fears Telegraph. Here the famously Euroskeptic Torygraph is acting like the dog that is scared it will actually catch the car.

EU court: ‘Irregular’ migrants should not be jailed Politico

The People’s Campaign: The Real Hastert Case- All in One Place Boiling Frogs Post. The text is a bit overwrought but the video is well presented. From Chuck L:

You may recall that in the wake of 9/11 Sibel Edmonds, a young Turkish American woman, responded to a public appeal from the FBI for people who were fluent in Middle Eastern languages. Very soon after she was hired she listened to tapes of wiretaps that indicated serious wrong-doing involving very high levels of the US government. When she sought to shine light on what she had learned she was silenced with some of the most draconian gag restrictions ever applied. For nearly fifteen years now she has kept digging and working to get the story out. She has now assembled connections to the story in one place at the link above. If nothing else, people should click on the first video, and overview that is 16 minute long.

Why I think Clinton did not win the Iowa caucuses: The spread between Clinton and Sanders remained at 49.8 to 49.6 percent for soooo long, increased a bit, a few times, but always returned to 49.8 to 49.6, never quite getting to 49.7 to 49.7. And Des Moines was at 83% percent for evvvvver. Until REALLY LATE. Angry Bear

There’s sort of a clueless denialism going on here.

Allies pinned at least some of her problems with young voters on a muddled message.
…

“I think there was something ….to Sanders’ message that inspires the base,” [Brad] Anderson [an Iowa political consultant who supports Clinton] said.

Maybe that “something” is that Bernie Sanders is analyzing problems and planning to address them while Hillary Clinton is viewed as a walking exemplar of what some of those problems are?

Bring our elites closer to the people Martin Wolf, Financial Times. This is plausible on the surface but if you read it with any discernment, you’ll see plenty of incoherence. This is pearl-clutching masquerading as analysis. I would have loved to have parsed it, but there are way too many things to write about right now.

GOP class of 2010 is deserting the House Politico

Pharma Executives Worry About Presidential Candidates Demanding Reform Intercept (resilc). They should have realized getting greedy could lead to blowback.

What Happens to Farmers’ Interests After Everyone Packs Up and Leaves Iowa? Charles Pierce, Esquire

Dimon-led governance project a tough sell Financial Times. Yet more proof of the diminished stature of CalPERS. Its experience with corporate activism is that it was profitable. And these players are all conflicted by wanting corporate 401 (k) business. No acknowledgment of that. But the piece does point out why Dimon is not a very credible salesman for this idea.

Worse than the Roaring Twenties: What even Thomas Piketty underestimates about American income inequality Salon

Attached is a photo of an eastern screech owl sitting in its tree hole (taken on Sunday). Whether you consider the tree or the owl, the camouflage is wonderful. (I’ve been occasionally photographing the owl in its home going back to February 2012, and it is always a pleasure to see it there: http://www.lookoutnow.com/feeder/owl02.htm 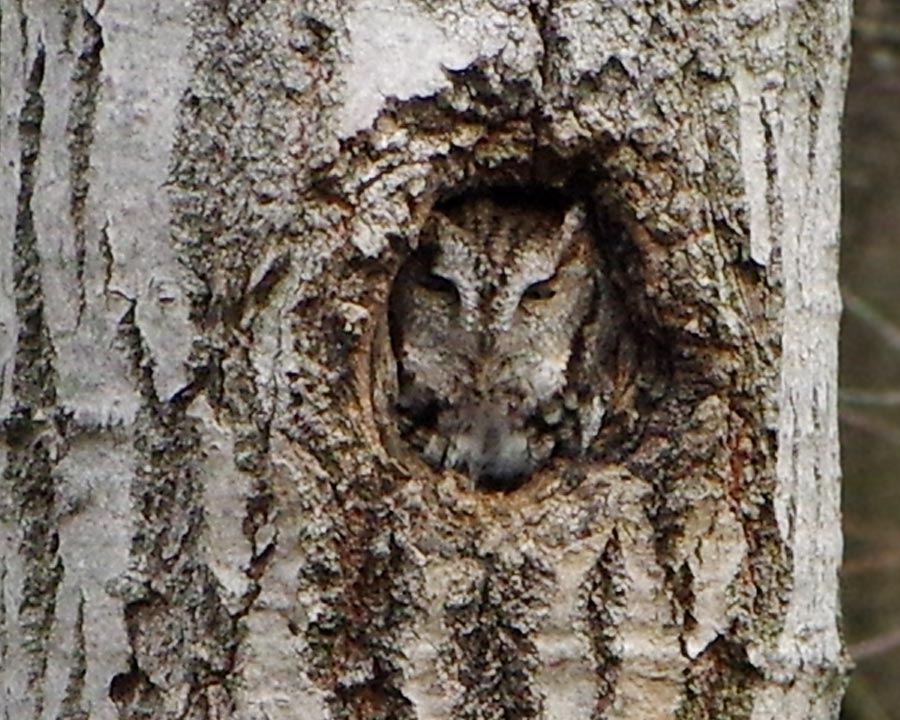