The Depp Conundrum: Who Should Keep Tabs on the Money? NYT (J-LS). About fiduciary rules.

Amsterdam’s Schiphol airport hit by major computer outage Reuters (DL). “An initial reboot of computer systems in the morning had failed to resolve the issue.” A reboot? Who engineered redundancy out of that system?

MPs hand Theresa May the starting gun on Brexit The Independent

DAILY MAIL COMMENT: At last, it is all clear for Brexit’s lift-off Daily Mail

Apparently since 2012 Fillon has been and continues to be a “senior advisor” through his company 2F Conseil to the Ricol Lasteyrie group which provides financial advice to many companies including multinational corporations listed on the CAC40. This implies potential conflicts of interest.

As soon as the Fillon scandal was initiated by the first Canard enchaîné exposé (there have been 2 so far), I figured Fillon would go down. This is getting good. It is an uproar in France, and the right-wing party Les Républicains (LR) are still officially voicing support but everyone sees the ship is sinking. The polls will confirm it.

Game-changers ahead on the (long) Maritime Silk Road Pepe Escobar, Asia Times (which has a nice new redesign).

Iraq: A Deadly Deception Al Jazeera. Must read if your first vote was in 2008, since the Iraq War was a thoroughly bipartisan effort, and this will help with your decisions about good faith. And any remaining readers concerned about “fake news” or “alternative facts” should read this and ponder where important disinformation really comes from.

Does Journalism Still Have a Future? Harvard Magazine

Deranged And Deluded: The Media’s Complicity In The Climate Crisis Media Lens (CL).

10 Ways to Take on Trump TNR. Democrats! Be for something! Stoller is #6:

Right now, Democrats are just panicking and whining and saying, “You have to say mean things about Trump on Twitter,” as if that’s a strategy. Instead, you should fight Trump on economic populist grounds. Today, farmers face monopoly power in the form of Bayer, Monsanto, ADM, and Tyson. People in urban areas face other monopolies, but they’re driven by the same concentrated financial power. The ideology of Democrats should be to break up that power.

Meanwhile, at #10, John R. Lewis — and I know this will surprise you — deploys the Blame Cannons: ” I believe the Russians played a major role in influencing the outcome of the election, and one day the truth will come out.” Oh, it’s not out already? All the leaks from that liberal pillar of good governance, the CIA, amounted to a steaming pile of dung Pathetic. Worse than useless. Part of the problem.

Liberals On the Edge of a Nervous Breakdown Politico. Excellent read, better than the headline. Word of the day: clinamen.

Multinationals have the power to beat Donald Trump on immigration FT

If Americans Truly Cared About Muslims, They Would Stop Killing Them by the Millions Black Agenda Report

H-1B: Why a new US visa bill is causing panic in India BBC

Google, Apple, Facebook, Uber plan to draft a joint letter opposing Trump’s travel ban ReCode. ” As you contemplate changes to the nation’s complex and interconnected immigration policies, whether business and employment-based visas, refugees, or DACA…” Guess which issue they really care about.

Corporate lawyers prepare for battle over Trump’s travel ban FT. Covington & Burling’s in? Where do I sign up?

Twitter Employees Are Donating $1.59 Million To The ACLU After Trump’s Travel Ban Buzzfeed. Matched by management.

Four Democratic Defectors Join GOP to Confirm Exxon CEO Rex Tillerson as Secretary of State The Intercept. I understand that partisan framing on this, and even the policy hook (Keystone; DAPL), but where, pray tell, was Trump supposed to find an SoS who wasn’t a card-carrying member of The Blob? I mean, outside the antiwar community, and that wasn’t on.

State of Irrelevance The American Conservative

Trump is right: Germany is running an illegal currency racket Ambrose Evans-Pritchard, The Telegraph. Yes, the Torygraph, but AEP is notably unscreechy.

The Uneasy Politician: Janet Yellen Is Struggling to Fend Off the Fed’s Many Critics WSJ

Big Pharma CEOs Met With Trump But They Won’t Give In to His Demands Fortune (BC).

Democrats’ goal with court nomination: Make it a referendum on Trump WaPo. Let me know how that works out.

Trump’s Fast Start Likely Puts the House in Play in 2018 Stuart Rothenberg, Inside Elections. “In 2010, voters told President Obama that he had gone too far, too fast, with health care reform, a $787 billion economic stimulus package, the bailout of the banks, cash for clunkers and a generally liberal agenda.” Not in Massachusetts, where it was Obama’s failure to deliver on foreclosures that cost him the state and with that, the Senate.

One thing red state voters don’t like about Obamacare is that it sucks Matt Bruenig. Good take:

As we’ve been saying… On the “bubble” at the poverty line, see here from 2013: Bonus points to ObamaCare for program design, since Kaiser actually encouraged “consumers” to game their income when enrolling to be on the side the the bubble they preferred, with ObamaCare navigators helping them, thereby encouraging corruption. Because markets.

NLRB Chips Away at Athlete Amateurism Inside Higher Ed. “Football players at private institutions in college sports’ most competitive level are employees, the National Labor Relations Board’s general counsel stated this week, and will be treated as such if they seek protection against unfair labor practices.” I guess the general counsel decided to go out with bang? Good for him.

Why Do We Take Pride in Working for a Paycheck? JSTOR Daily (MT). Then again, it’s not easy being a peasant, especially when the crops fail.

Perched on the Wheel of Time The Archdruid Report 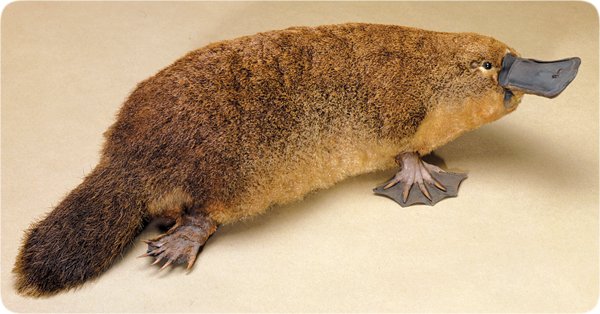