30+ Pics Proving That Every Cat Is A Satan Bored Panda

China completes major militarised islands MacroBusiness. While you were busy worrying about Russia….

America has been trumped in the South China Sea Financial Times

Brexit. I know I should post, if nothing else to let our UK and Continental readers chat it up, but there is so much noise out there there now I feel like letting everyone else have their say.

Germany Tries to Catch Up with Startup World Der Spiegel. Resilc: “While we gut research and fund more warzzz.”

Lots of anger in the comments section of Breitbart against the GOP for revoking the Obama privacy regs for ISPs. https://t.co/KZRGMgaWg6

“It is pathetic”: Bernie Sanders slams Trump after ExxonMobil urges White House to abide by Paris climate accord Salon (resilc)

Mar-a-Lago Is Just the Start of Trump’s Ethical Mess Vanity Fair. Resilc: “we’d be in impeachment process with Clintoon Foundation at this time if she had won.”

Democrats Against Single Payer Jacobin (martha r). Never forget that, except in 2009, the health care industry has long been the top lobbyist in DC. That is all you need to know regarding how the Democrats will behave with respect to single payer.

Here’s when we’ll know the future of Obamacare Washington Post. Important. The Republicans can try to Obamacare into a death spiral, soon.

Wasserman Schultz to Sanders: Dems are already a grassroots party The Hill. Kill me now

More and More Americans Are Down with Weed, Survey Says Vice (resilc)

Mom says TSA agents at DFW Airport traumatized son with ‘horrifying’ security check Dallas News (Chuck L). I routinely get patdowns as a result of refusing to go through backscanners, and that patdown looks perfectly normal.

Police Warning Shots May Be in for a Comeback NPR (furzy)

More than ever, employees want a say in how big companies like IBM and Wall Street Journal (NWS) are run Quartz (Chuck L)

TECH AND THE FAKE MARKET TACTIC Anil Dash (Chuck L). From early March, still germane and very clever. Uber as the prototypical fake market, and what else might be in store.

Thought I’d share this picture of my horse’s new filly. She’s a delight that sends my mind ruminating on all sorts of things the human world contrives to distract me from. We really need regular contact with plants and animals to be spiritually healthy! Today I watched an entire nap, marveling at my mare’s constant and intense watch over her baby, nose carefully covering every inch of this new little body while it slept. There’s so much we animals have in common there, but we humans fall for this sense of otherness that is probably an emergent property of our neocortex. 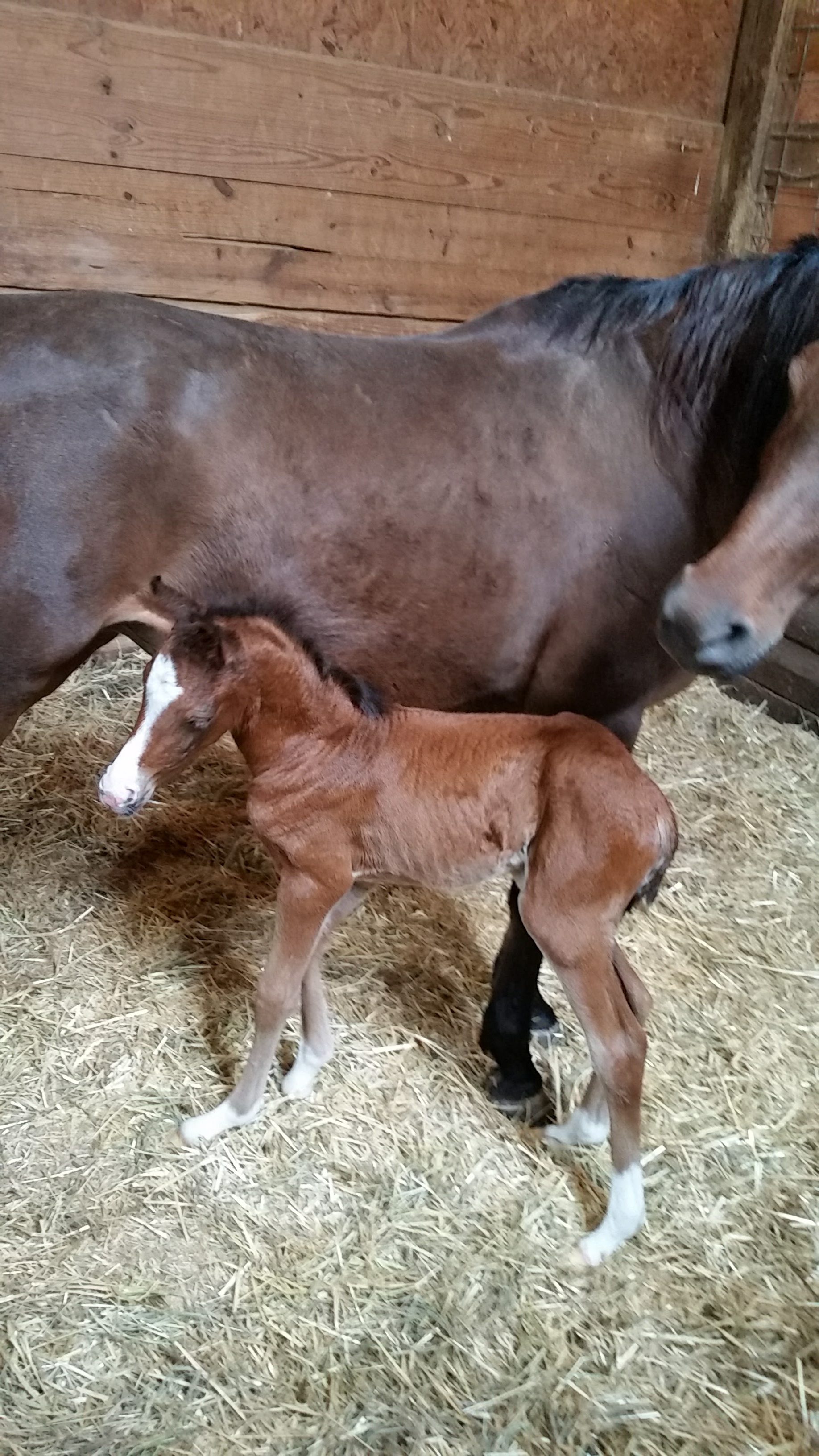