How to tell April the Giraffe is in labor: Watch her tail Syracuse.com. Bob: “Stating the obvious.” But this gives you an excuse to track down the webcam if you are curious.

Jupiter spectacle for earthlings on April 8 The Nation (furzy)

Brexit. I should be posting on Brexit, but the news basically is that May is already retreating from positions she insisted were crucial, like negotiating a trade deal in parallel with the exit (she’s conceded there will need to be a transition period) and needing to continue to submit to European rules and the jurisdiction of the ECJ.

Country Report Germany 2017 Including an In-Depth Review on the prevention and correction of macroeconomic imbalances European Commission (guurst). I must confess I only skimmed this report. It calls GDP growth of under 2% “robust”. Help me.

As goes France, so goes the EU Politico

The privatization of Sweden ExpertGrupp. Micael: “Some facts about the Sweden Sanders is talking about. Highly privatized.”

It’s WMD all over again. Why don’t you see it? Peter Hitchens, Daily Mail (Chana)

“I told you so…” – Idlib Province Sic Semper Tyrannis Chuck L: “For months Col. Lang has been saying the most important thing the R+6 should do was to nip the ISIS build up in Idlib province in the bud.”

Most Americans unwilling to give up privacy to thwart attacks: Reuters/Ipsos poll Reuters (EM). Translation: Most Americans have figured out that having the surveillance state hoover up their personal data is not about fighting terrorism, and efforts to position otherwise are no longer persuasive.

Trump has slammed courts, intelligence agencies, but voters trust them more than him McClatchy. Bob K: :but how about with those who voted for him?”

Eichmann in Jerusalem is a better guide to Trump Time than is Origins of Totalitarianism
Corey Robin (martha r). Important and much better than the title.

Beware of the return of the Clinton dynasty Edward Luce, Financial Times. A wild indicator of sorts. Luce was Larry Summers’ speechwriter and regularly carried Dem party water. This looks to be a sign that a lot of insiders are Not Happy about the Clinton’s plans to hang on to power.

AN ENEMY OF THE WALL STREET FORECLOSURE MACHINE IS RUNNING TO UNSEAT A GOP LAWMAKER IN CALIFORNIA David Dayen, Intercept

Greens, GOP team up to sue Democrats Metro. Jeff E: “Green and GOP candidates join to file federal lawsuit to void election in Philly’s 197th district. Honkala had many hundreds of volunteers but only ended up with 282 votes versus the Democrat’s 1,970. The GOP candidate got 198.”

It Looks Like JPMorgan Is Building a Robo Adviser Bloomberg (resilc)

Policies believed to stabilize the financial system may actually do the opposite, study finds PhysOrg (Chuck L, Katharine). This sort of thing is maddening. Don’t these clowns bother looks at prior work? Richard Bookstaber wrote an entire book, Demon of Our Own Design, on the issue of “tight coupling” where processes run in a sequence too fast to be interrupted. Many other people, ranging from Andrew Haldane to Simon Johnson to your humble blogger have written about this issue at length. In a tightly coupled system, you must reduce the tight coupling first in order to reduce risk. Any other approach will increase risk.

Here’s How They Play Monopoly in America, and Who Wins Bloomberg. Bob K: “Anti-trust cases at all time lows during Bush-Obama admins.”

Why I Introduced the College for All Act Pramila Jayapal, Nation

Student Debt Giant Navient to Borrower: You’re On Your Own Bloomberg (Robert R)

Uber’s Seattle woes: union battle could see company leave another major city Guardian (Bob K). Don’t let the door hit you on your way out. The article makes clear that drivers really do not like Uber.

Why Are So Many White Americans Dying? Politico

Nivea’s ‘White Is Purity’ ad campaign did not end well Chicago Tribune (resilc). Regionally targeted ads do not stay regional! But sadly, for instance, Japanese and Indian models are (or are shot and made up to look) more pale faced than is typical for their countries.

Retiring with robots? How your folks will get high-tech help CNET (resilc) 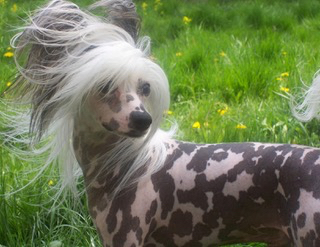 And a bonus video. YY: “Shoebills seem to be the most recent favorite animal on the web…” In this video, the head looks dinosaur-like. There are two other videos, here and here, where the birds looks cuter.