Is this the friendliest creature on the planet? Meet the giant rodent who gets on with EVERYONE in the animal kingdom (even caimans) DailyMail (Li)

America’s violent birth: Why we shouldn’t be surprised that U.S. politics is a blood sport now Salon

Your Human Right to Revolt: When is it OK to Overthrow Your Government? 4th of July Edition, 2017 John Laurtis (martha r)

The North Korean Missile Crisis Wall Street Journal. UserFriendly: “It would be great if we had even 1 MSM outlet that wasn’t desperately trying to get us all killed.”

Europeans Are Drinking Themselves to Death Bloomberg (UserFriendly)

For Europe and migrants, it looks like 2015 all over again Politico

Bill Gates warns that Germany’s open door policy to migrants will overwhelm Europe and urges leaders to ‘make it more difficult for Africans to reach the continent via current routes’ DailyMail (Li). US MSM protecting Gates by not reporting on these remarks.

US still has no path to peace in Afghanistan, bipartisan senators say Guardian

Google Could Soon Have Access Sensitive Genetic Patient Data— We Should All Be Worried Newsweek. I am at a loss to understand why anyone would voluntarily allow their genetic data to be collected, save cases like a family history which points to having the BRCA gene, and even then I am not so sure. Given the way the world operates, you are certain not to be able to keep that information private.

Five changes GOP might make to healthcare bill The Hill

The Chickenshit Club by Jesse Eisinger — what happened to the DoJ? Financial Times (Adrien)

The Democrats Are Eisenhower Republicans Jacobin (UserFriendly). Unfair to Eisenhower. The top Federal income tax bracket in his day was 91% and he called those who wanted to abolish Social Security “stupid”.

Puerto Rico faces off with bondholders over statehood The Hill

Has U.S. Shale Wrecked Its Own Recovery? OilPrice

And this is astonishing to see in the pro-capitalist Journal:

The sheer size of realized-pay numbers is one concern. For most of corporate history such riches were associated with risk-taking entrepreneurs, not managers. It is doubtful investors need to fork out so much for managerial talent, and the practice encourages anti-business sentiment, populist politics and eventually regulations like the U.S. pay ratio, part of the Dodd-Frank reforms.

How Middle-Class America Got Fleeced Bloomberg. UserFriendly: “Holy cow and from April Bloomberg nails neoliberalism to the wall.”

Antidote du jour. Lambert: “Feral or at least collarless cat having cleaned hamburg bits and condiments off my plate.” Moi: That cat is not feral. It is either a current or recent pet. It’s way too skilled at imploring. Lambert said it looked worn, so perhaps it got lost or its former humans moved away (his town has a pretty high level of transients for Maine). So I think it’s working on getting Lambert to adopt him/her. Lambert isn’t sure about a house cat, but he could use a barn cat for his basement and Maine winters are cold so there may be a commonality of interest. 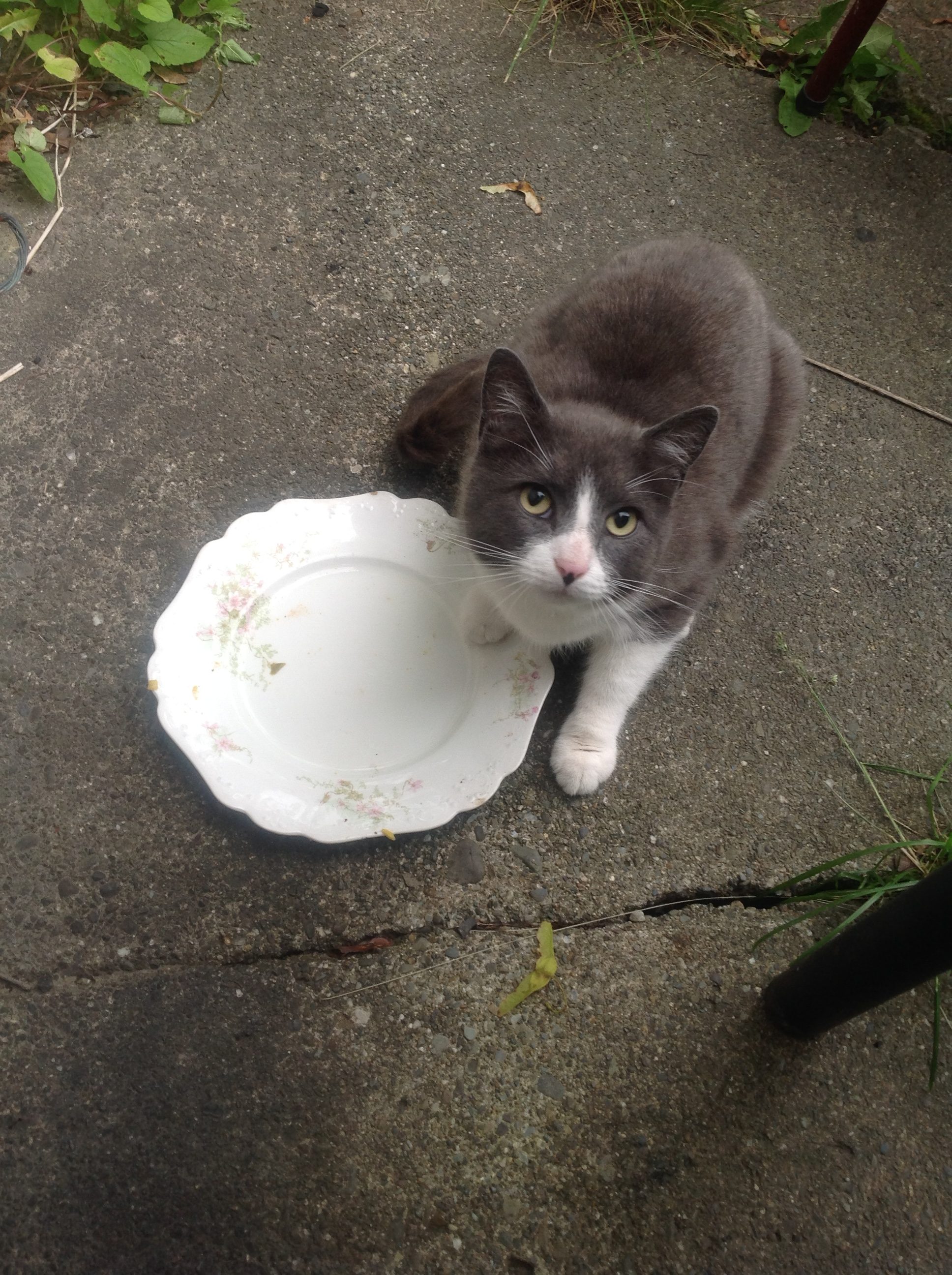