Patient readers: Yves had to cope with some personal matters over the last 24 hours and had to turn in. Hence no original posting from her today. –lambert

Meet Max, the cat who lost the library but won the Internet WaPo (DK). Domesticating the humans…

Scallops have 200 eyes, which focus like telescopes Japan Times

Bitcoin Is Sucking All the Oxygen Bloomberg

Coinbase ordered to give the IRS data on users trading more than $20,000 TechCrunch (CM).

Europe’s chief regulator Margrethe Vestager on reining in tech: ‘This is the biggest wake-up call we’ve ever had’ Recode

Letter: “We write to you regarding the ‘Algorithms: How Companies’ Decisions About Data and Content Impact Consumers’ hearing (PDF) EPIC

Uber’s use of encrypted messaging may set legal precedents Reuters. Just spitballing here, but it’s occurred to me that “eyes on the prize” for the big money backing Uber might not be Uber’s (non-existent) prospect of profit, or even Uber’s shiny narrative, but the prospect of a successful IPO for an outright criminal organization, which would mean that for capital, the abolition of the rule of law would open and clear. Via Snow Crash:

“The Mafia wouldn’t do that.”

“Look,” he says, “I’m sorry for reminding you of this, but if we still had laws, the Mafia would be a criminal organization.”

Just another outlaw predator corporation. The difference with Uber would be that anybody paying attention knew the story going in.

The New Hwasong-15 ICBM: A Significant Improvement That May be Ready as Early as 2018 38 North

He’s got a point:

&quot;jfc what does it take to hold on to a news cycle in that country?&quot; – Kim Jong Un

China’s Belt and Road Initiative: Prospects and Pitfalls The Diplomat

B-52s Are Dropping Hundreds of Dumb Bombs in Afghanistan to Literally Shape the Terrain The Drive. Proven technique. It’s how we won Viet Nam. Oh, wait…

Who Gets to Speak about Anti-Semitism? “Anti-Semitism and the Struggle for Justice” at the New School for Social Research Tikkun

Stoller on the tax bill:

This tax bill is a fundamental re-plumbing of the American economy. Getting rid of homeownership as a policy goal. Eliminating a whole swath of the safety net and government in blue states. Ending taxation on concentrated capital.

The overarching goal of the bill is ‘tax reform”. The centerpiece of that is the simplification of corporate taxation and the lowering of corporate tax rates from 35% to 20%.

But doing that requires goring every ox that moves. The US has a very low Federal tax as a % of GDP by global standards, so the deficit hawks can’t be satisfied by cutting programs to make the budget balance. There aren’t enough cuts to be had.

So they have to go after loopholes and other breaks.

1. Under the current version of the bill, private equity gets hurt because a 20% passthrough rate would be higher than the capital gains rate they are generally able to get on the bulk of their income

2. Many multinationals are unhappy with the bill. Recall they typically can get their taxes to a ridiculously low level due to transfer pricing games and for companies with intellectual property, putting that in a low tax jurisdiction like Ireland and charging royalties on it.

Under the new tax bill, we’d go to a quasi territorial system where companies are taxed only on US income as opposed to global income. However, the bill would eliminate being able to attribute income to entities in foreign countries that didn’t have real operations (this is a crude summary, a tax person could explain this better). The net effect is many (maybe even most) multinationals would come out worse.

So, to top it all off, we have elite conflict between owners of different kinds of capital.

Rubio: Offset Tax Cuts By Reducing Social Security, Medicare Benefits Financial Advisor. Remember that Boehner and Obama had a handshake deal on a Grand Bargain, even though it fell through because Boehner was undercut by the so-called Freedom Caucus.

The Health Coverage Stakes In The Tax Debate: The Individual Market And Beyond Health Affairs

The Senate’s tax bill is a sweeping change to every part of federal health care Sarah Kliff, Vox

How Donald Trump uses tribal loyalty to drive economic optimism Gillian Tett, FT. Important. I can’t help but speculate that this accounts for the well-known divergence of survey responses and Federal data.

Trump Executive Actions a ‘Disruptive’ Lot Roll Call. It would be really helpful if there were some institution — say, a functional opposition party — that focused on these issues. Instead, what we get is gaslighting Russia, Trump’s mental state, pearl-clutching, virtue-signaling, etc.

Experts Are Really, Really Worried About The State Of The 2020 Census HuffPo

Trump and the Russian ‘Wilderness of Mirrors’ Lowy Institute. New word: Maskirovka. To replace, I supppose, kompromat with the chin-stroking crowd.

#MeToo Is All Too Common in National Security Foreign Policy

Kick Against the Pricks NYRB. A useful heuristic:

What’s been particularly horrifying to learn is the seriality of the harassment enterprise, the enormous numbers of victims so many of the sexual exploiters racked up. It’s like they’re on autopilot, programmed to extract sex—or recompense, or humiliation, or something—from unwilling women. Whatever they’re after, clearly no quantity of it ever suffices. Learning about other humans acting so robotically presents a conceptual difficulty. We wish to emphasize the moral agency of the predators, their supposed gains—sadistic pleasure, the glee of getting away with it—which enlarges their monstrosity and distinguishes them from the rest of us. But who would “choose” to be a robot?

Accumulation of the most primitive sort…

Argument analysis: Drawing a line on privacy for cellphone records, but where? SCOTUSblogs

The Red and the Black Jacobin

An end to ‘want, disease, ignorance, squalor and idleness’: why the Beveridge report flew off the shelves in 1942 The Conversation

‘You’re right: We’re a threat,’ British Labour leader Corbyn warns Morgan Stanley Reuters. Remember what Obama said to the bankers? “My administration is the only thing between you and the pitchforks.” If you’re looking to distinguish between the left and liberals, there’s a good heuristic.

Growing up in forgotten America American Enterprise Institute. Chris Arnade. Oddly, or not, AEI and not CAP.

Report: Amazon Warehouse Employees Worked to Exhaustion as Robots Threaten Jobs Brietbart. I really hate to link to Brietbart, but again, why isn’t a story about Amazon abusing its workers all over liberal venues like CAP? (Can’t CAP afford to repackage the original Mirror story, like Breitbart?)

More than half of U.S. kids will be obese by the time they’re 35, study predicts Los Angeles Times. Ka-ching.

The Great Baby Bust of 2017 Medium 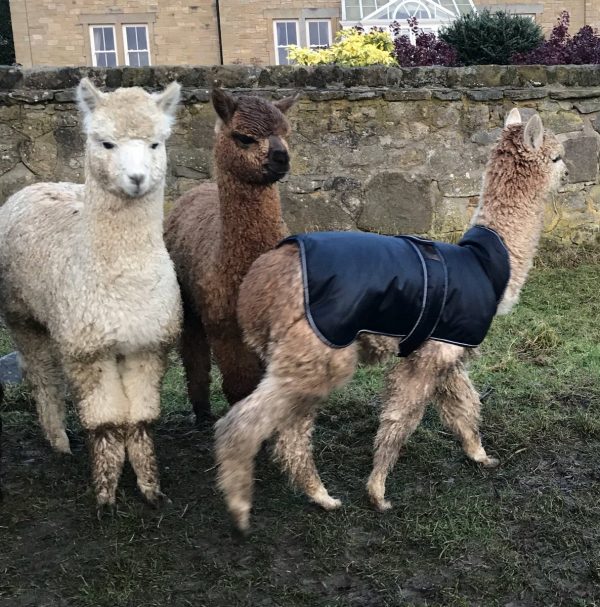