Apologies for being thin on original posts. I had a ton of year-end administrativa + some time devoted to what might amount to a future story or stories but could be just a wild goose chase.

Scientists finally confirm there was life on Earth 3.5 billion years ago Quartz

After Victory in Gujarat, BJP’s War Against Minorities Likely to Gain Momentum The Wire (J-LS)

UK cannot have a special deal for the City, says EU’s Brexit negotiator Guardian. Not news if you have been paying attention.

In a remarkable on-record speech at the fabled Chatham House in London, De Rynck, a senior adviser to the EU’s chief Brexit negotiator Michel Barnier, offered up a riveting preview of Phase 2 negotiations.

Among the highlights: Brussels still views the U.K.’s demands as contradictory, and therefore somewhat illogical; the U.K., in De Rynck’s view, pretty much has zero chance of a deal on financial passporting if it insists on leaving the single market; and — never mind that the Commission and Council have yet to issue detailed negotiating directives — the future-relationship talks will involve “the stability of the European Continent, defense, security, foreign policy, and issues of justice, home affairs, police cooperation, counter-terrorism and those kind of issues.”

De Rynck opened by saying, “It’s important for us in the team of Michel Barnier, the chief negotiator’s team, to contribute to the U.K. public debate.” And, boy, contribute he did.

While noting with some pleasure that the “sufficient progress” designation allowed him to look beyond citizens’ rights, money and Ireland, De Rynck said there was still work left from Phase 1. “We have reached sufficient progress, but it is not full progress on all of these issues,” he said.

He added that “there are still a number of separation or disentanglement issues that need to be negotiated. Euratom is one of the more important ones.”

But De Rynck quickly moved on to the topic of future relations and a trade agreement, the material that allowed Prime Minister Theresa May to pounce later and accuse him of contradicting his boss, Barnier.

De Rynck said the EU was aiming to end a transition period in conjunction with the EU’s current long-term budget plan. “The end of 2020 seems indeed like a natural endpoint for that implementation period or transition,” he said.

Expect the City to react most strong, however, to his comments on the future of the U.K.’s financial services industry — or rather the lack of a future in the EU. De Rynck said he saw no way to allow the financial “passporting” coveted by the U.K. to continue after Brexit. He added, “Each free trade agreement is tailor-made … to come back to the mathematics of pluses and minuses, what you cannot do is square an FTA circle into a single market. And that is one of the key issues that we will have to live with and clarify quickly: There can be no sector-by-sector participation in the single market.”

You can watch the speech here.

Note that this is consistent with our commentary, including that the EU sees the end of the transition period as the end of 2020.

Britain faces Brexit dilemma over ties with rest of the world Financial Times. Note the FT ran essentially the same story months ago but apparently no one was paying attention.

All well and good, except this does not work for Ireland:

HMS Queen Elizabeth: Leak found on new aircraft carrier BBC. Vlade: “So first the new ‘super sub’ runs aground, then the new carrier leaks… Yay for the UK’s new position in the world….”

Cracks in the House of Sand: the Pratfalls of the Crown Prince Patrick Cockburn, Counterpunch (Chuck L)

Actually, Egypt Is a Terrible Ally New York Times. Resilc: “Not terrible, no ally for years.”

Jill Stein Will Hand Over Russia-Related Communications to Senate Committee Intercept. Help me.

Led by Dianne Feinstein, Democrats are exploiting Russiagate to eliminate the political opposition to their left. The innuendo spread against Stein and the Green Party contains all the classical elements of McCarthyism. https://t.co/B0KRBlTZ5L

The Republican Opposition Goes Out With a Whimper New Republic (resilc)

The Trump administration’s Orwellian plan to gut Roe v. Wade – ThinkProgress (furzy). Key quote “The Supreme Court may soon weigh in on whether the government can physically detain people to prevent them from having an abortion.”

The Major Tax Changes in the Republican Bill Bloomberg

Republicans Are Growing the Deficit to Cut Welfare Programs Atlantic

Republicans face backlash over last-minute tax bill provisions Financial Times. Readers in Maine: call and give Susan Collins hell. Per the Journal, she has committed to vote yes. You won’t change her mind, but you should tell her she should never run for office again in Maine, and if you voted for her in the past, you are appalled at her betrayal.

In America and beyond, the spirit behind public lands is at risk Guardian. Resilc: “The idea of a public good is non-Merkin.”

Amtrak train derails in Washington State on inaugural run Christian Science Monitor. Later reports say it was going 80 MPH on a section of track where it was supposed to go 30 MPH.

Why the #MeToo Movement Should Be Ready for a Backlash Politico. About time. I know personally of men who were subjected to utterly false charges by women who were (in one case) vindictive over weak grades (when all the other faculty members were even more negative on this student’s performance and potential) and knew they had nothing to lose, and (in another) who was seriously impaired psychologically (a Stage 4 alcoholic who had gotten pregnant at 13 and had a habit of taking all her clothes off in front of people. She even tried it with me). And this isn’t even a full list. And it is much worse in academia.

MEET THE WOMEN WORRIED ABOUT #METOO Spiked (Chuck L). Importnant. This is key:

I am concerned that sex itself seems increasingly to be seen as dirty, and as a violation, a form of assault, so that we’re repackaging an old prudery in progressive wrapping paper. I am concerned that we are well on our way to demonising, if not criminalising, all male desire.

The Doug Jones Victory Belongs to the People of Alabama, Not Just African-Americans Benjamin Studebaker (UserFriendly) 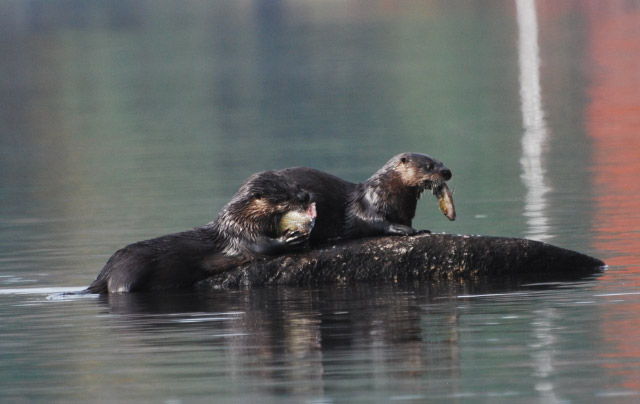