Get Ready for Most Cryptocurrencies to Hit Zero, Goldman Says Bloomberg

FDA Releases Kratom Death Data, Undermines Its Own Claims About Drug’s Deadly Harms Huffington Post. Oregoncharles: “Huffpo is deeply unimpressed. Moi: it would be nice if the FDA wasn’t openly corrupt.” Moi: Hardly the first case. GHB was another. It was a fundamental threat to prescription sleeping pills, since it produced a higher quality sleep and was out of your system in 4 hours. No side effects. So Big Pharma started a bogus “date rape drug” scare, and now it’s a Schedule 1 drug.

The Brief – Anger grows towards the European Man Bank Euractiv

Leave-voting areas to be hit hardest by Brexit Financial Times

Meet the Believers: The Afghanistan War’s US Commanders are Ready For a Reboot Defense One (resilc)

Made up to look beautiful. Sent out to die. BBC

Losing Sight: A 4-Year-Old Girl Was the Sole Survivor of a U.S. Drone Strike in Afghanistan. Then She Disappeared. Intercept (AFXH). From last month, still important.

The Trade Deficit Is Up Under Trump Public Citizen

The Memo: Nunes ‘bombshell’ fails to move debate The Hill

20 Years Of Congress’s Budget Procrastination, In One Chart FiveThirtyEight (resilc)

The Reboot of the Elites The Baffler (resilc). A great rant.

Frank Rich: GOP Has Become the Anti-Law Enforcement Party New York Magazine. Resilc: “Never thought I’d see the FBI as Democratic party heros. Maybe when we get a Demo pres we can have an FBI parade.”

Trump wants to cap lifetime Medicaid benefits, even for disabled people, the chronically ill, and people with Alzheimer’s Boing Boing. Resilc saw a shout-out to NC!

Economic predictions with big data: The illusion of sparsity VoxEU

No wages breakout in sight in US labour market Bill Mitchell

Antidote du jour. Tracie H: “Oh look! An Abyssinian disguised as a rabbit! I wonder if the bottoms of her feet are black. ? (Cottontail Rabbit in Rancho Palos Verdes, California.)” 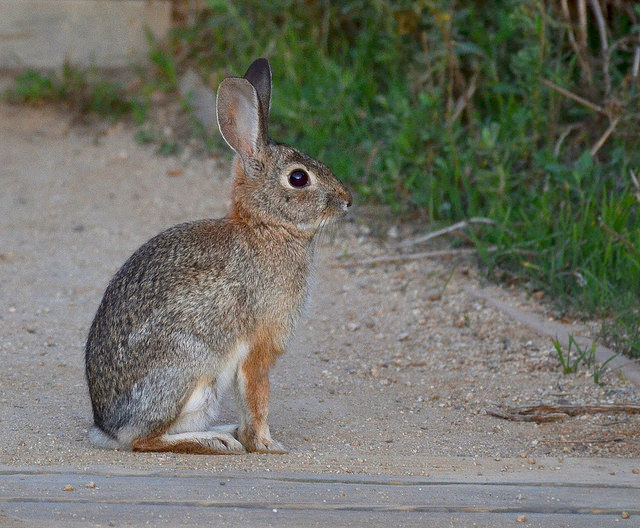