‘Plastic, plastic, plastic’: British diver films sea of rubbish off Bali Guardian. Not surprised but still sad to read. Kuta Beach and its surf was totally disgusting in 1993 and 1994 due to garbage in the water. This is 20 miles off Bali, but I didn’t pull out a map to see what part of the island it is near. I wonder if the fancy beaches, like the ones at upscale resort areas like Nusa Dua, are also gross now.

We Can Now Store Light as Sound, And It’s a Game Changer For Computing – Science Alert (Kevin W)

The MacBook Air doesn’t need a price cut, it needs a redesign Digital Tends (Kevin W). How about “The OS needs to suck less”?

Bitcoin is based on the blockchain pipe dream Nouriel Roubini and Preston Byrne, Guardian. Important.

China is ramping up its military spending to $224 billion per year News.com.au (Kevin W)

Absolute hell: the toxic outpost where Mumbai’s poorest are ‘sent to die’ Guardian. Coming to the rest of the world sooner than you think…

From Politico’s e-mailed newsletter: IS EU RETALIATION PLAN ‘WTO COMPATIBLE’? Officials in Brussels and other major European capitals told POLITICO’s trade team that the EU will define Trump’s tariff action as a “safeguard measure” — in trade jargon that’s a temporary step intended to protect a domestic industry — allowing Brussels to issue counter-tariffs more quickly that a traditional WTO lawsuit. Trade experts are split on whether the plan is legal. Malmström told the BBC on Monday the EU didn’t have time for the WTO’s half-empty appellate courts to deal with a traditional complaint. The EU’s College of Commissioners will decide the bloc’s course of action Wednesday.

Martin Selmayr’s appointment vs. the press Politico. How fickle. After those phenomenal leaks about the dinners with Theresa May…

As Brexit approaches, the gulf between Britain and Ireland widens Financial Times

Are builders really to blame for the UK housing crisis? Independent

Italy’s political earthquake will shake the old European hegemony to its foundations Ambrose Evans-Pritchard, Telegraph. AEP does like to focus on apocalyptic possibilities…recall he also thought the Greek would break the EU in 2015. Italy is obviously a force to be reckoned with, but it isn’t at all clear that 5 Star can govern (Trump is an extreme example of how inexperienced players spend a lot of time spinning their wheels) or that it and Lega can agree on enough to move forward together.

Tree ‘planted by George Washington’ toppled in winter storm BBC. For those who believe in portents…

The California Democrats Aren’t In Disarray New York Magazine (UserFriendly). The lady doth protest too much…

Cochran to retire from Senate next month The Hill

Coming this fall: “nutrition labels” for news Axios (TF). Way worse than the headline would have you believe.

Yale’s David Swensen Gets Into Spat With Student Paper Over Endowment Bloomberg. Wow, is Swensen a jerk. No one gets to run an opinion piece without having it edited. Now the paper also behaved badly by editing it and not running the edits by him for his approval (which would have led him to withdraw the piece). This does not speak well for the bargaining/managerial skills of the elites-in-training. The students should have told Swensen he had two choices: either they edited the piece, subject to his approval, or if he insisted on running an unedited piece, the way to do that was to buy a full page ad.

Income Inequality in the U.S. Is Even Worse Than You’ve Been Led to Believe Alternet 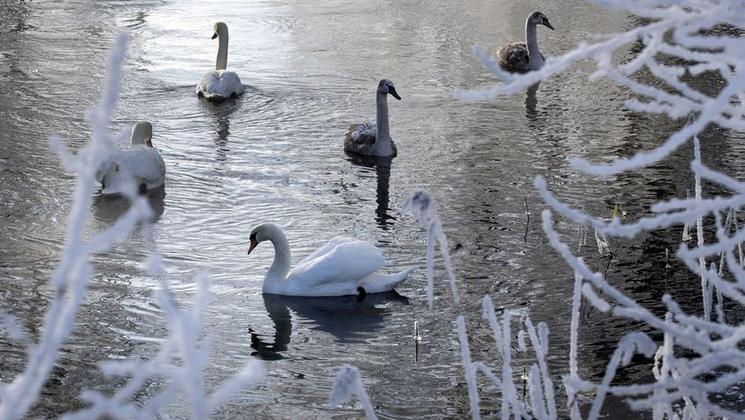 And a bonus video. One cat seems a lot more mindful of the baby’s safety than its parent is: