Jerri-Lynn here: In this short insightful post, Gaius discusses how the underlying obstacle to solving the problem of plastic emanates from the industry that produces these poisons– and a political system driven by money rather than attuned to public needs.

The problem isn’t limited to plastic either:

There are half a dozen industries like these, lucrative destroyers, insulated by money-bought government from populist slings and arrows. 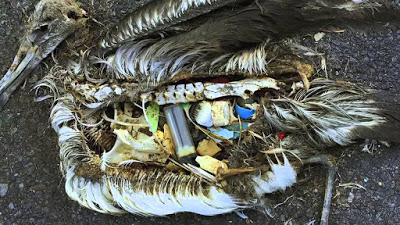 From the Dept. of What We’re Up Against:

The Texas Supreme Court struck down the city of Laredo’s plastic bag ban—a decision that will likely overturn similar bans in about a dozen other cities, including Austin, Fort Stockton and Port Aransas.

The court ruled Friday that only the state has the authority to regulate solid waste disposal in Texas. In the 19-page opinion, Chief Justice Nathan Hecht wrote that the Texas Constitution prohibits city ordinances from conflicting with state law.

“Both sides of the debate … assert public-policy arguments raising economic, environmental and uniformity concerns,” Hecht said. “We must take statutes as they are written, and the one before us is written quite clearly. Its limitation on local control encompasses the ordinance.”

Twenty Texas state senators and representatives plus the state’s attorney general backed the Laredo Merchants Association in their bid to overturn the ban.

The case was correctly decided, by the way. The problem is a state law that prevents cities from “going rogue” and allows conservative and pro-corporate policies to be enacted at the state level. This means only state legislators have to be bribed — one-stop shopping — while cities are forced by law to follow.

In a related piece EcoWatch notes, “More than 8.3 billion metric tonsof new plastics have been generated, distributed and discarded as of 2017. Much of that material ends up in our oceans. Every year humans send an estimated 8 million metric tons of plastic out to sea. If plastic consumption continues at this rate, we are on pace to fill oceans with more plastic than there are fish by 2050.”

More plastic than fish in the ocean is a lot of plastic. Most or all of this plastic is single-use. You touch it for five minutes — drink your slurpee, drain your sugery coke, carry your groceries to the kitchen — then throw it away. Five minutes on the finger tips, a thousand years on the hips of an already over-burdened planet.

There’s so much plastic in the ocean that mussels are now so riddled with it they should not be eaten:

Shellfish are the natural filter systems of our seas, mechanisms of purity. So, to discover in a report released on World Oceans Day that mussels bought from UK supermarkets were infested with microplastic seems like a final irony in the terrible story of the plasticisation of the sea. According to the study by the University of Hull and Brunel University London, 70 particles of microplastic were found in every 100 grams of mussels.

We feed plastic to the ocean, and it feeds plastic to us. Our modern life, “consumed with that which it was nourished by,” eaten by what we eat.

But this is a political piece, from the Dept. of What We’re Up Against. The one-use plastics industry has to die or it will kill us. Yet consider what’s in the way. If you thought “Texas Republicans” you’d be wrong. We’re up against Money.

The plastics industry is the third largest in the U.S. It’s expected to be worth over $650 billion worldwide by 2020. How do you make an industry this big shrivel and die without a revolution that first destroying money’s dominance of government?

And the single-use plastics industry is just a start. The fossil fuel industry has to die soon as well — collapse and rot in the ground in less than a generation. How does that happen, with billionaire-dominated government in the way? 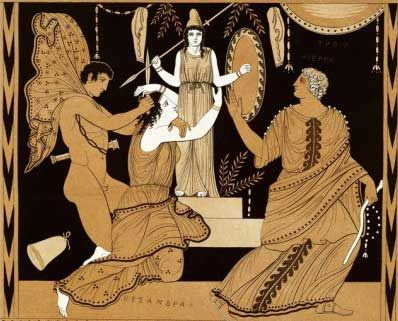 There are half a dozen industries like these, lucrative destroyers, insulated by money-bought government from populist slings and arrows. Maybe I should have sent this from the Dept. of Cassandra Spoken Here.