MIchael Gove releases beavers into the wild to hep stop flooding (David L). If Gove also had beavers that would stop Brexit, I’m sure he’d have turned them into hats for the Ultras long ago.

Astronomy Photographer of the Year 2018 shortlist – in pictures Guardian (EM)

Humans have used a year’s worth of Earth’s resources in just seven months Independent (Dr. Kevin)

China’s debt threat: time to rein in the spending boom Martin Wolf, Financial Times. Important (and Google the headline…). Does not distinguish “currency issuer” debts from other indebtedness, but otherwise informative.

Democracies More Prone to Start Wars – Except When They’re Not Caltech (Dr Kevin). So much for the myth of pacific democracies…

Oligarchy and the Death of Worlds Ian Welsh (furzy)

No Matter What You Think Of Julian Assange, It Would Be Harmful For Press Freedoms For The US To Prosecute For Publishing Leaks TechDirt

The European Union is coming to Washington tomorrow to negotiate a deal on Trade. I have an idea for them. Both the U.S. and the E.U. drop all Tariffs, Barriers and Subsidies! That would finally be called Free Market and Fair Trade! Hope they do it, we are ready – but they won’t!

A lawyer sued Miami over the Beckham stadium deal. A full hearing could be next. Miami Herald (Douglas M). Sports stadiums are bad deals for cities to begin with. They are a gimmie to the local construction industry.

Read this thread. The disaster continues to come for us… https://t.co/VRD95GQTDP

Maybe in keeping, this was the first item tin Politico’s European newsletter….with no accompanying Politico story:

EUROPE GETS MOVING TO HELP GREECE: Cyprus, Italy and Romania are sending aircraft, ground forces and vehicles to help Greece fight wildfires that have killed dozens. Cyprus, Spain and Bulgaria had already offered assistance. Commissioner for Humanitarian Aide Christos Stylianides arrived in Athens late Tuesday, his team said, to coordinate with Greek authorities. Sweden and Latvia, which also requested support to fight their own fires, are getting help too.

Where Guns Go to Be Reincarnated New York Times (furzy). Since when do guns have souls?

Note the real mega-insider-trading opportunity unstated by the article here, namely on the part of the breachers. Steal their data, go short, leak to the media about the breach you committed. I defer to the expertise of traders in such venues, but it seems to me that anyone sophisticated enough to do this kind of hack would presumably also be capable of doing the requisite options trades using suitably anonymized accounts. Come to think of it, one might not even need to hack the company to pull this sort of scam – just a credible-enough allegation of non-existent hacking which triggers a short-term drop in the stock.

This Is What’s Actually Happening When The Government Auctions Bonds Bloomberg. UserFriendly: “Endorsing MMT without realising it.​”

Near unanimous vote to strike by Fiat Chrysler workers in Kokomo, Indiana WSWS

Story Behind the Shot: It was Sautter’s longtime dream to photograph Dalmatian Pelicans on Lake Kerkini, in northern Greece. When she at last made her way to the spot, she was determined to convey both the birds’ delicate beauty and their impressive power. On her final morning there, with just minutes before mauve sunrise transformed into harsh daylight, Sautter noticed this bird flying near her boat and knew it was the moment she’d been waiting for. She took this image just as the softly lit pelican landed with a pose Sautter compares to a confident gymnast sticking a dismount. 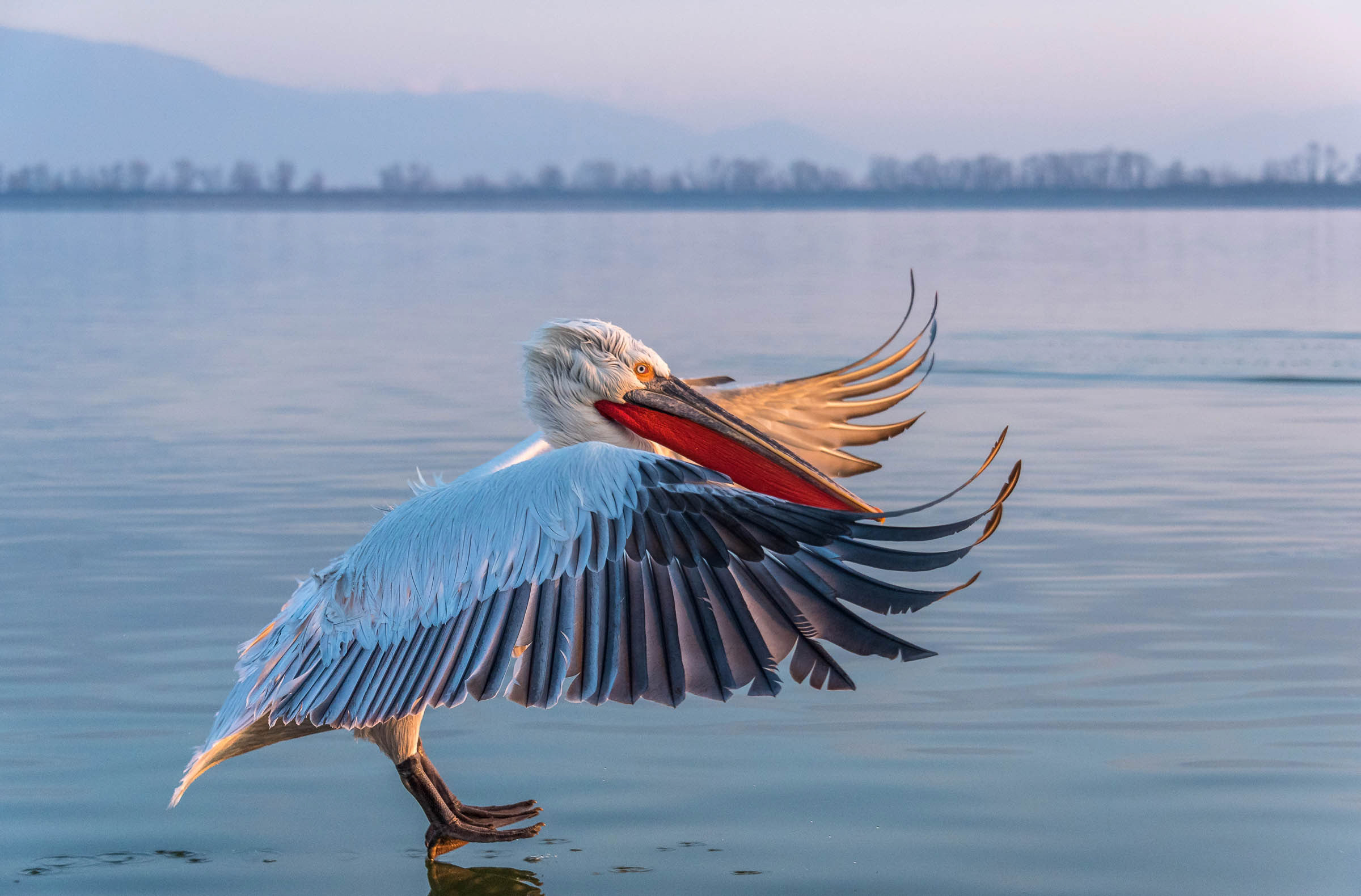