Yves here. Unfortunately, the Davos man is still very much with us. And now they want us to think that they care. Gah.

This has only just come to my attention, but that makes little difference to the points I make: Yes, that’s the Davos crowd making this point. And they go on to say:

GDP provides measurements of output, income and expenditure quite well, and these are needed to understand and devise fiscal and monetary policies. But this measure flatly fails when it comes to wellbeing.

I guess that’s news to no-one but the Davos crowd.

Hence growing international interest in a tool that still captures financial and produced capital, but also the skills in our workforce (human capital), the cohesion in our society (social capital) and the value of our environment (natural capital).

Work has advanced on some of these elements. The UN Environment Programme-led Inclusive Wealth Index shows the aggregation through accounting and shadow pricing of produced capital, natural capital and human capital for 140 countries. The global growth rate of wealth tracked by this index is much lower than growth in GDP. In fact, the 2018 data suggests natural capital declined for 140 countries for the period of 1992 to 2014.

This is the chart: 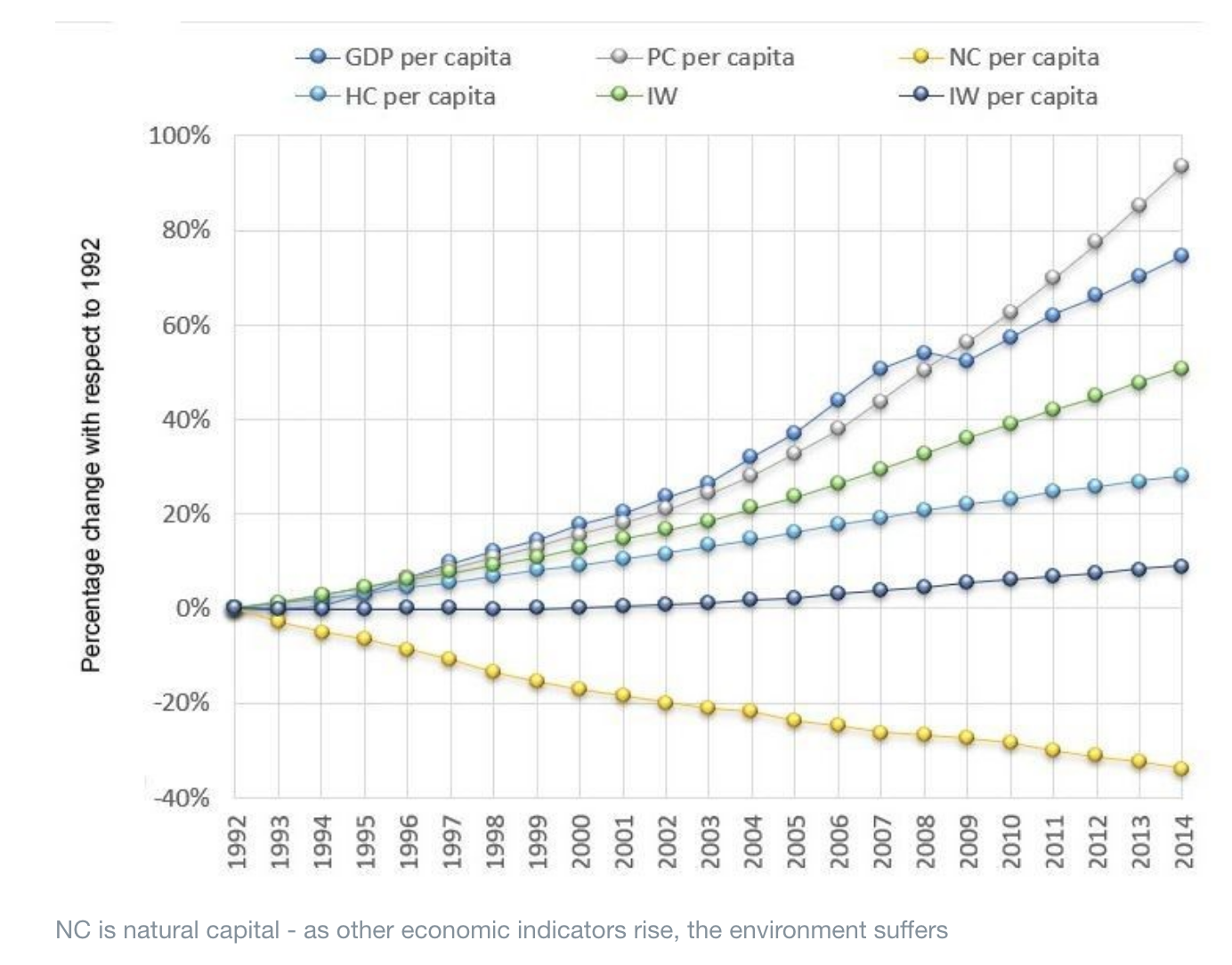 Again, I guess that’s news to no one, except the Davos crowd.

But what’s scary is the conclusion:

People deserve an accurate sense of how well their economies are performing, with a view to long-term sustainability. GDP has and always will have valuable short-term insights, but to respond to 21st-century pressures we need a modern economic measure.

At that point I wanted to scream. What we, apparently, need is a measure of how badly Davos mentality is screwing things up. We don’t need to heed the warnings. Or give up a growth obsession that fuels globalisation and is supported by the myth of profit maximisation driving well-being to which the whole of Davis subscribes. No, we just need a better measure of the damage that myth causes.

Bring on the Green New Deal, I say.

Will it be on the Davos agenda? I doubt it, somehow.