Don’t Call JP Morgan Chase’s New ‘JPM Coin’ a Cryptocurrency Motherboard. This relates directly to Bruce Schneier’s discussion, which we flagged the other day, that “private cyrptocurrencies” are uninteresting and there is established tech that already does what they do.

Moody’s Investors Service has assigned junk status to 51 of the 61 Chinese property companies it assesses….

The property slump has also triggered several episodes of social unrest, which Beijing seeks to avoid at all costs. In October, Shanghai homebuyers came out in droves to protest a developer’s decision to cut prices in an apartment complex. The angry residents screamed slogans denouncing the developer and carried placards saying: “Give us our hard-earned blood-and-sweat money back!”

Economist is late. Richard North said a week ago this was already an issue for shipments that had recently left for China:

British exports travelling by sea over the next few weeks could face a wave of uncertainty upon arrival https://t.co/GeoQFBtjQp

Recall May refused to face Parliament after the vote. She looks like she’s about to cry:

Time for Peace in Afghanistan and an End to the Lies Counterpunch. Resilc: “USA USA will just move the lies to another location.”

How the US has hidden its empire Guardian

Army calls base housing hazards ‘unconscionable,’ details steps to protect families Reuters. Resilc: “Sorry we need to build a wall. Take out a loan and check into a Trump hotel.”

Why Are These Professional War Peddlers Still Around? American Conservative (resilc)

The Migrant Caravan: Made in USA New York Review of Books. Resilc: “When I left the us embassy there in 2002, I was almost willing to walk back myself to get away.”

What If There Were 42 Million at the Border? Gallup (Li)

This Is How AIPAC Really Works Nation

Did Colin Kaepernick bring the NFL to its knees? Deadspin (Chuck L)

The Electric Pickup Truck, Brought to You by… Amazon? Popular Mechanics (resilc)

Amazon Will Pay $0 in Federal Taxes on $11.2 Billion Profits Fortune

This is my cat Paka’s first Winter, & she gets excited whenever it snows. Loves to dash about, leap at snowflakes, pounce on imaginary mice, etc.

This morning on a walk in the woods she attacked a slender sapling, hung for a bit about three feet off the ground, then rapidly climbed to the very top. The tree has no branches except at the top, & is only about three or four inches in diameter & about 16 to 18 feet tall. After examining the
clump of leaves, she managed to climb down without falling.

I wonder if that means we will have an early Spring? 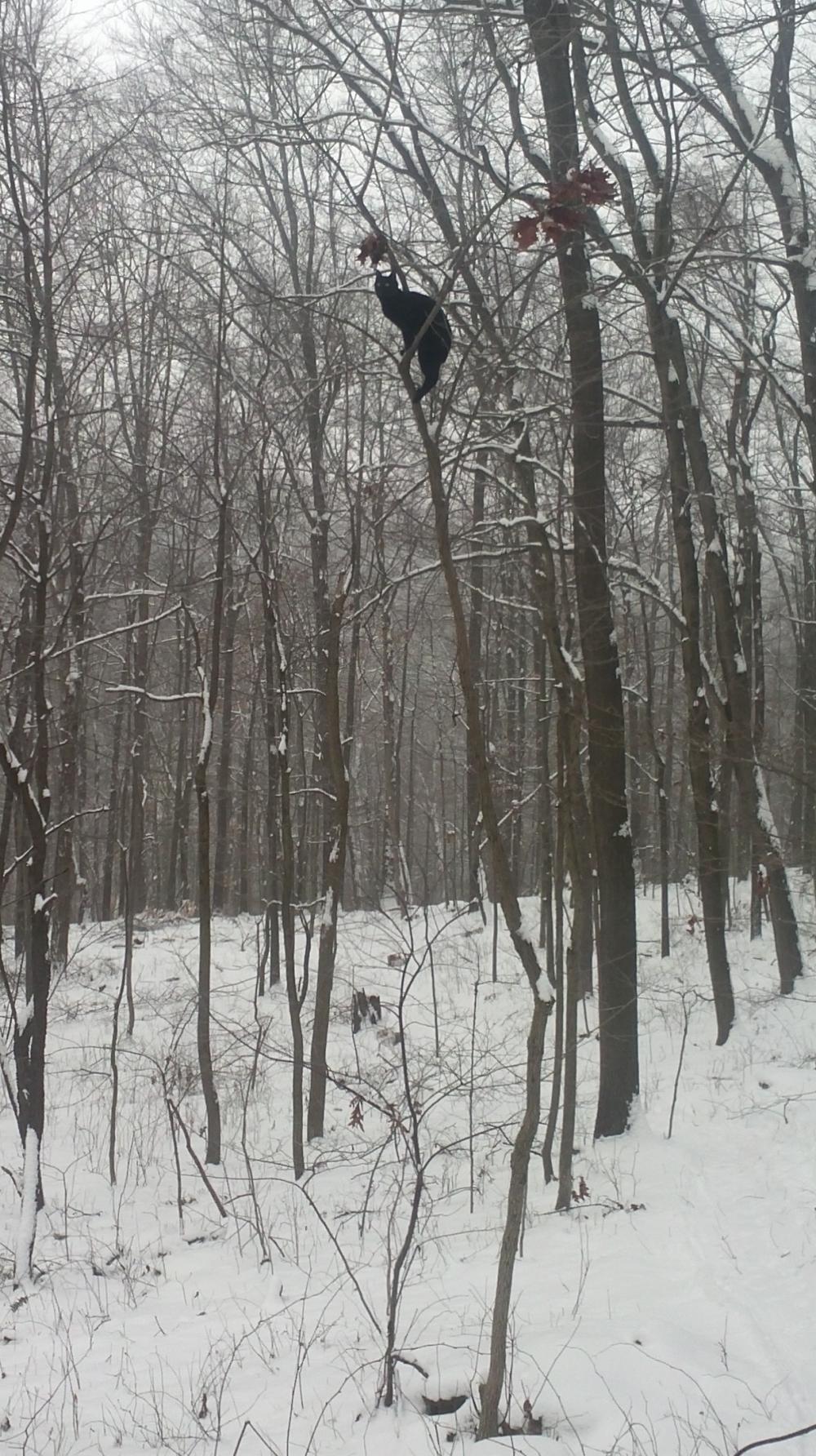 And a bonus (Chuck L). At first I wasn’t so impressed because a couple of times the parrot looked like he was first trying the wrong hole, but then I realized he had also had to work out that each shape had to be oriented properly to drop in and he’d mastered that.

This highly intelligent Green Eclectus Parrot is eager to show off it's ability to identify shapes. ❤ pic.twitter.com/4qWhRXUHyj

And this weekend handyman special from bob. This appears to have been prompted by the death of my microwave, as in something I could do with it. But as you can see, the microwave plays the part of the stone in the “stone soup” tale. Among other things, you need a well-equipped tool shop for this project. Nevertheless, my deceased microwave is still here if anyone is game…..