Could a computer ever rival Rembrandt or Beethoven? BBC (David L)

Just 10% of U.S. plastic gets recycled. A new kind of plastic could change that Science (David L)

The Problem With Putting a Price on the End of the World New York Times (Dr. Kevin)

The Sea Beneath Us Bay Nature (Paul R). Important.

What will happen next with Brexit now MPs are back in Westminster? Independent (Kevin W)

The Constitutional Travesty of Our War in Yemen American Conservative (resilc)

Facial Recognition Creeps Up on a JetBlue Passenger ZDNet

What Will It Take For Trump to Get His Due? Counterpunch (resilc).

Bernie Sanders has Democrats on the ropes – is he the man to beat Trump? Guardian (resilc)

TYPOGRAPHY 2020: A SPECIAL LISTICLE FOR AMERICA Butterick’s Practical Typogrphy (resilc). Fun. And a reminder that real designer people sweat things most of us take for granted.

"If our kids behaved like these women, you'd ground them."https://t.co/0t95N8HJJA

These two pictures were taken just outside my door in Windham, VT on April 3, 2019. I believe that the bird is a Black-capped Chickadee with a condition called Leucism. The bird is not an albino, but does not produce melanin properly.

At our feeder just now we are having lots of Black caps, some Junco’s, an occasional Nuthatch, and one Tufted Tit-mouse. The other birds do not seem to ostracize White-Cap as we call him/her. 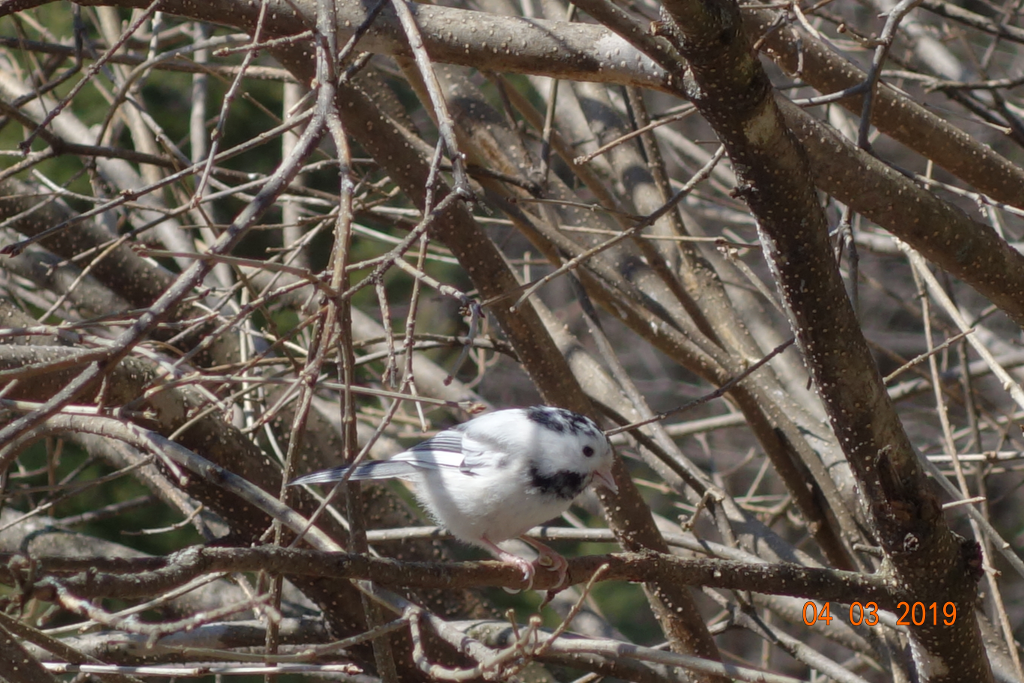 Possibly the greatest selfie ever taken, a ranger and friends at Virunga National Park in DR Congo. pic.twitter.com/KDm9ZSh7YY