To those of you who expressed your kind wishes yesterday about my cat’s health, I wanted to thank you and provide an update. Unfortunately, I was likely to get bad news and that’s what happened.

In yesterday’s Brexit post, I told readers my 14 year old Abyssinian Gabriel had just had two episodes of incontinence. When I brought him into the vet on Monday, they found a large mass on his bladder, so large that the bladder could barely hold any urine.

Yesterday, an ultrasound showed the mass looks like cancer and is too extensive to be operated on. Because Gabriel’s kidney readings are also now poor, at least in part due to urine backing up into his kidneys, he can’t be put on cancer medications. It might be possible to use a balloon stentto improve the flow out of his kidneys, but even if that helped, it would likely not buy that much time.

Right now, he seems fine. Aside from leaking urine if he stays in one place for a while, you’d never know anything was wrong with him. Thanks to some anti-nausea meds and antibiotics, he’s eating well and behaving normally. But this isn’t going to last long. The vet gives him days to weeks.

I know many of you have had to deal with aging and ailing pets. But I’ve never had to put one down. I am not only devastated to learn so unexpectedly that my cat is dying but even though I know I will have to do it, I am distraught at the thought of being the one who will kill him.

Bill Heine, the man who in 1986 stuck a giant shark on the roof of his terraced house in Oxford, has died. He fought planning officers all the way to the top for the right to keep it. The government's final ruling is thing of beauty. https://t.co/dpgRGxFrN1 pic.twitter.com/XG8xIIwoz2

Shrinking a medical lab to fit on a fingertip PhysOrg

Study: Keeping the Same Doctor Can Lead to a Longer, Healthier Life MDVIP (Chuck L). My first MD was terrific and I’d still be with him if he hadn’t gone to a biotech co…:-(

Europe and the new imperialism Bruegel

UniCredit waits in wings to bid for Commerzbank Financial Times

Brexit: MPs back delay bill by one vote BBC

Whatever has become of England? Richard Murphy

Brexit: Tough on the pallet? RTE (PlutoniumKun). Remember we told you about those pallets early on..

Trump’s Rallies and Speeches Are Angrier Than Ever Atlantic. Resilc: “U ain’t seen nuttin yet.”

What Happened to Trump’s Promise to Rebuild America? American Conservative

Paul Ryan says Ocasio-Cortez didn’t really listen ‘to a thing I said’ when he offered her advice The Hill. UserFriendly: “Smart cookie.”

How Climate Change Is Fuelling the U.S. Border Crisis New Yorker. Resilc: “I was there 2000-2003 at USAID. With low coffee prices poor pickers had to work their kids to make ends meet. Babies couldn’t work so they didn’t get food and hundreds died each week.”

Biden Says a Woman’s Complaint Won’t Stop His Campaign Atlantic. Resilc: “So why the dnc coup of al franken?” Moi” Because some animals are more equal than others.

In response to Yves comments on her lovely cat, Gabriel, I mentioned that our old boy Dougal passed away last night. Here he is working on his memoirs

We had him for 17 good years and he had very few health issues – he just kind of slowed down to a halt. We got him for our daughter when she was very young, she cannot remember a life without him. It was his time but we will miss him. 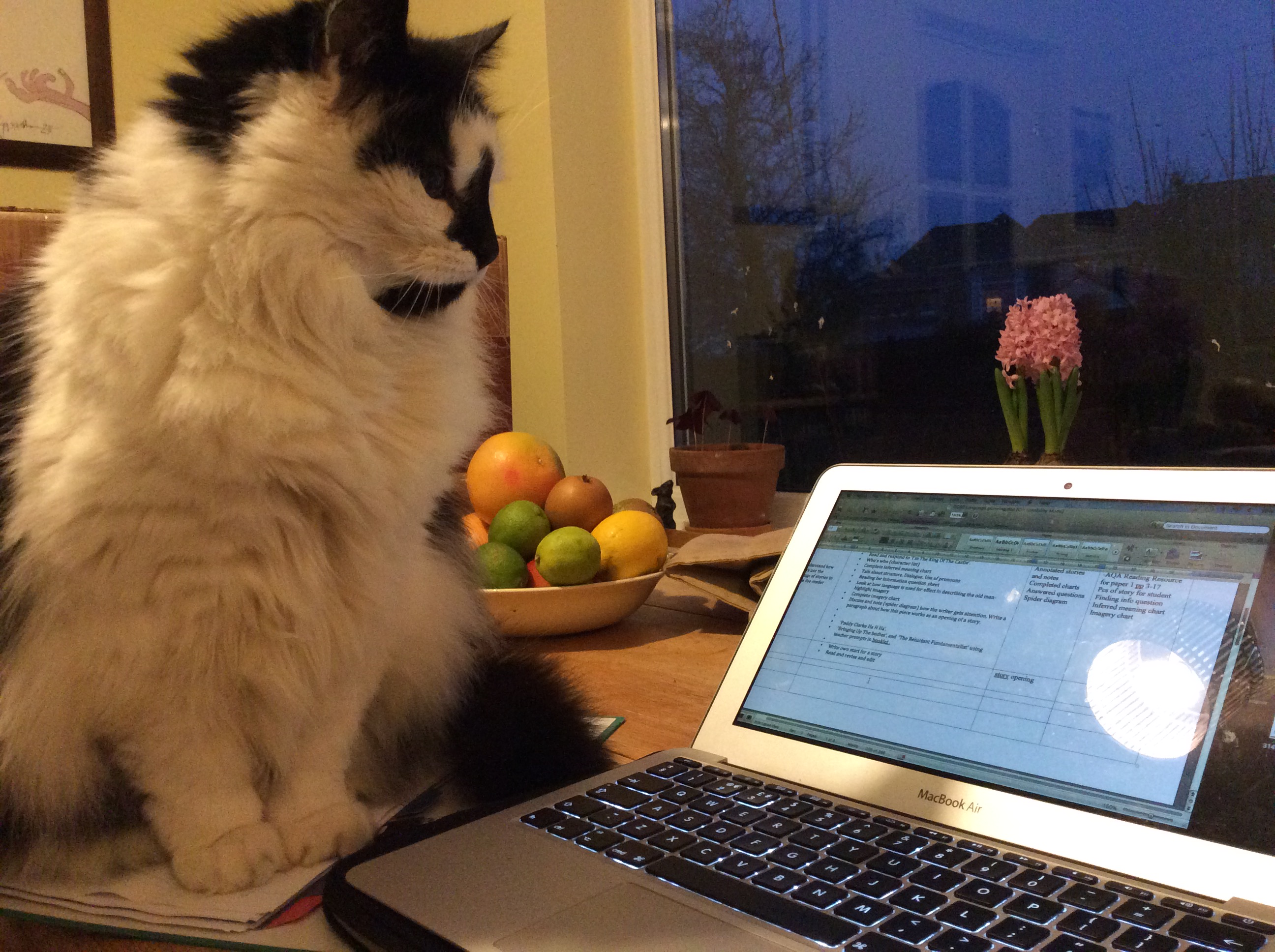