The Man Who Walked His Life Away Deadspin (foghorn longhorn)

Committed emissions from existing energy infrastructure jeopardize 1.5 °C climate target Nature. Shorter: “We already have too much carbon-emitting stuff to have any hope of arresting climate change.” Even shorter: “We’re fucked.”

Obesity is now a bigger cause of deadly bowel, kidney, liver and ovarian cancer than smoking Daily Mail

China condemns violent Hong Kong protests as ‘undisguised challenge’ to its rule Reuters. Resilc: “As soon as a trade “deal” is inked the tanks roll?”

Christine Lagarde, managing director of the IMF, was just nominated for the top job at the European Central Bank Business Insider

No-Deal Brexit recipes you can make without food Daily Mash

Twitter Can Now Censor the President RealClearPolitics (UserFriendly). I don’t think Twitter has a death wish. But it will be amusing if anyone goes after them for having a double standard.

Facebook ban on white nationalism too narrow, say auditors Guardian. “Auditors”? You have to do a more work than a reader should have to do to find out who the “auditors” are.

Trump intends to nominate Christopher Waller, Judy Shelton for Fed board The Hill

Applied Weighted Tariffs: US vs Other Countries Big Picture (resilc)

Will Hunter Biden Jeopardize His Father’s Campaign? New Yorker (UserFriendly). Pro tip: When you are in a hole, stop digging. Plus Hunter is way down the list of Biden senior baggage.

The Culture War Has Finally Come For Wikipedia BuzzFeed (UserFriendly). Spare me the encomiums for Wikipedia. It may be pretty good on value-neutral topics like pure math, but it relentlessly reinforces neocon/neoliberal orthodoxy.

How Amazon and the Cops Set Up an Elaborate Sting Operation That Accomplished Nothing Vice. UserFriendly: “Amazon, now actively getting you arrested.”

Black workers are being left behind by full employment Brookings (UserFriendly). And that’s before you get to involuntary part time employment.

The chicken is Feisty, a 2 year old Australorp. The lizard got into the chicken run and Feisty tried to eat it. The lizard (possibly an Alligator lizard of some kind) clamped on to Feisty’s beak and would not let go. My husband had to do an emergency Feisty/lizard separation. Both chicken and lizard were unharmed. 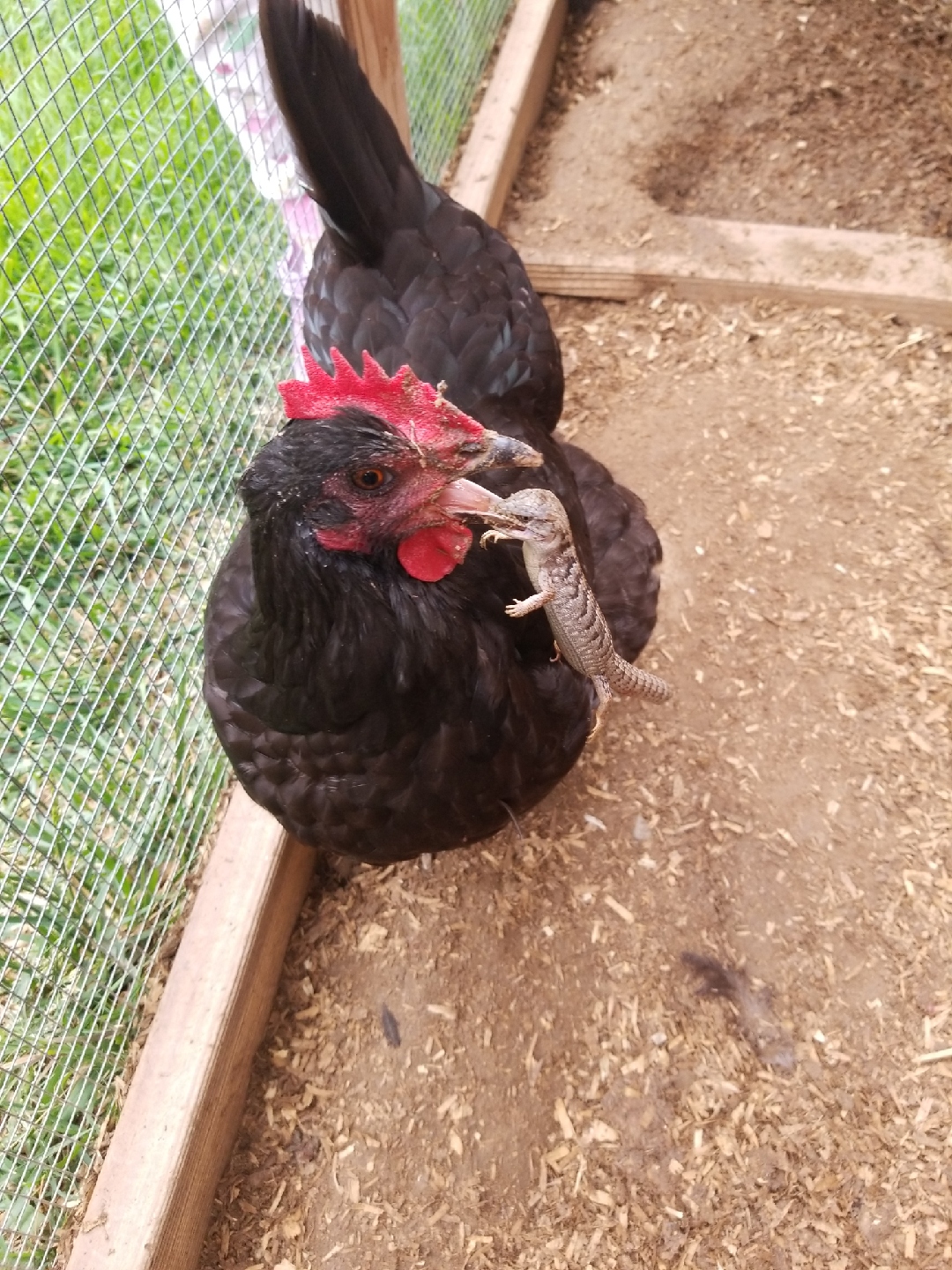 And a bonus from Randy G:

…something a little less cuddly than your typical ‘antidote’….

This is a rattlesnake that I photographed hiking in Pacheco Pass near the San Luis Reservoir in California. The species is Crotalus o. oreganus, the Northern Pacific Rattlesnake.