Even though Bailey Island is a bit off the beaten path (meaning I295 and Route 1), we’ve gotten a great response to our meetup this Wednesday. We expect to have ten or maybe even more participants. The house has a spacious deck with plenty of seating. So come by, enjoy the crashing waves, ocean breezes, wine and munchies, and most important, good company and lively conversations.

The meetup venue is at the start of the Giant Stair walk, so I encourage you to allow 10 or 15 minutes to take an easy hike and see the Giant Stair before coming up for a drink.

Please let me know if you are coming and if you prefer white or red so I’ll have the right provisions.

If you take State Route 24, it is a longish (22-25 minutes) but very scenic drive from the Cook’s Corner/Orr’s Island/Bailey Island exit on Route 1.

You enter the house via exterior stairs that take you up a flight to the deck, where we’ll be have the meetup. 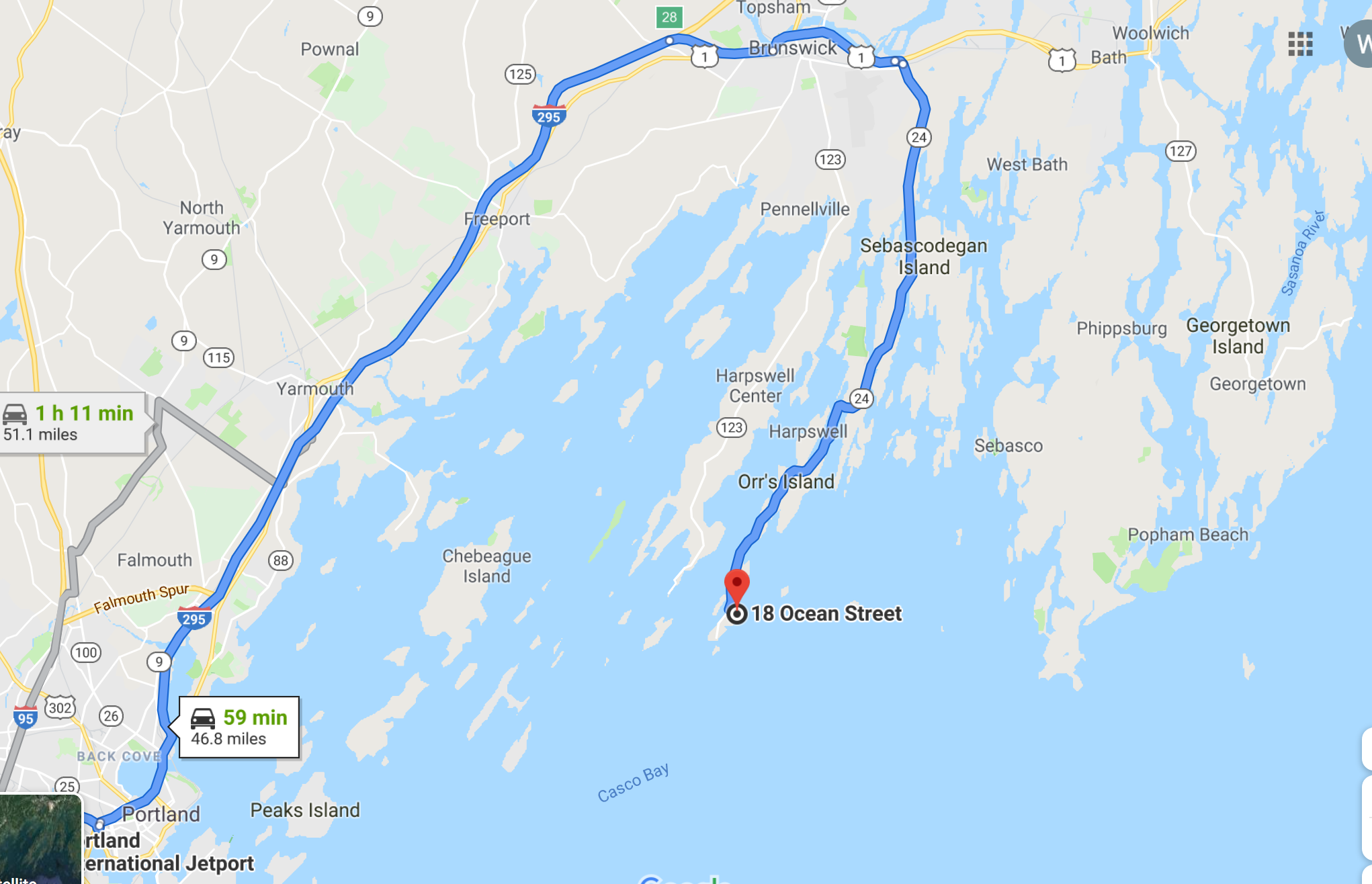 This map has local detail: 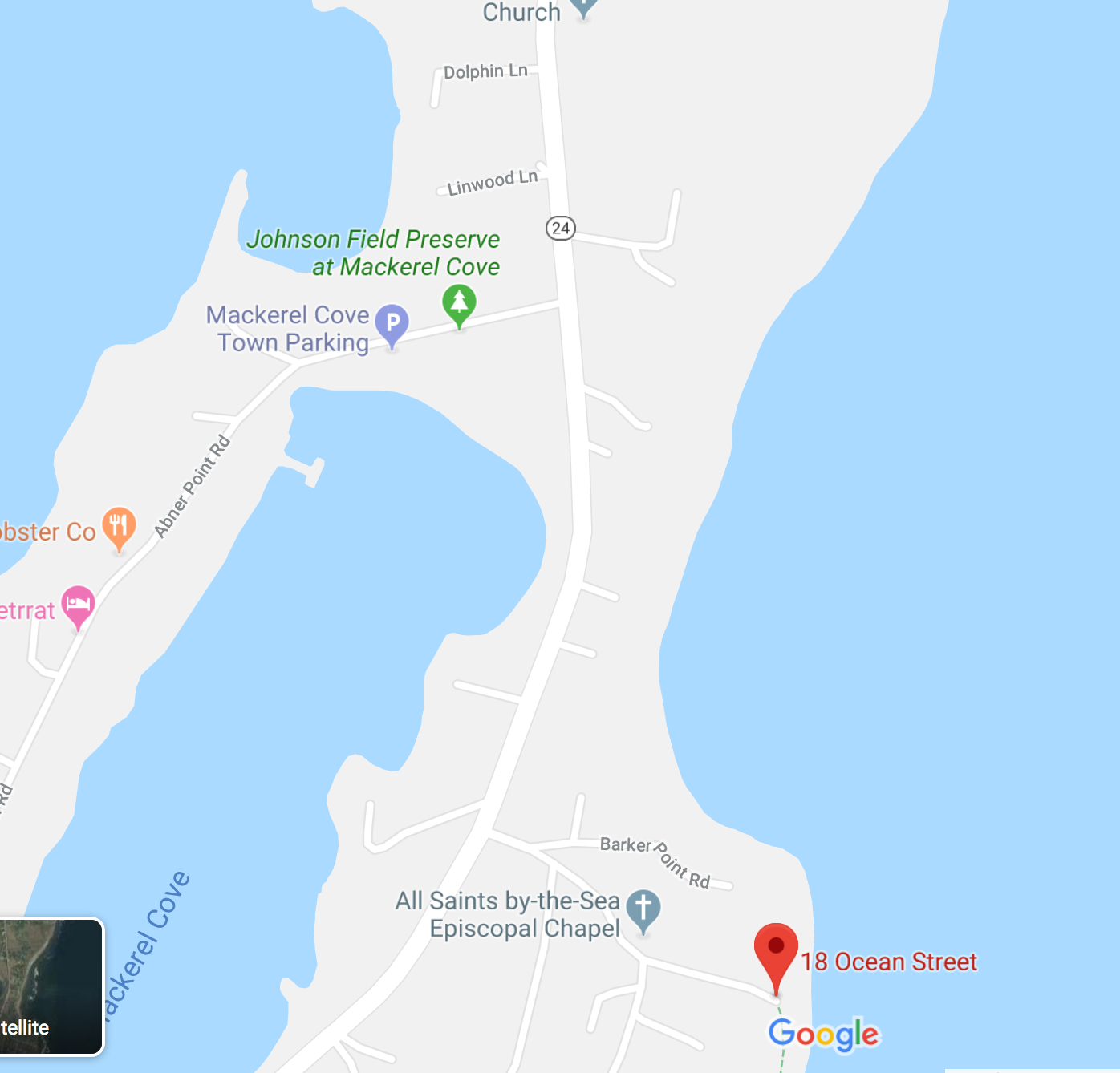 Bear in mind that some cell phone carriers don’t have signal starting on Orr’s Island (there is a two-car length spot on Bailey Island where you can get signal but that isn’t much help to visitors).

However, it is pretty hard to get this wrong. You cannot miss when you get to Bailey Island. You cross over to it on scenic bridge with VERY narrow lanes.

You pass the post office and general store on the right. You then pass the “can’t miss it” Mackerel Cove, which is a postcard pretty working harbor, again on the right.

Once the views to Mackerel Cove start being obscured on the right by trees, look sharp. You are almost there! 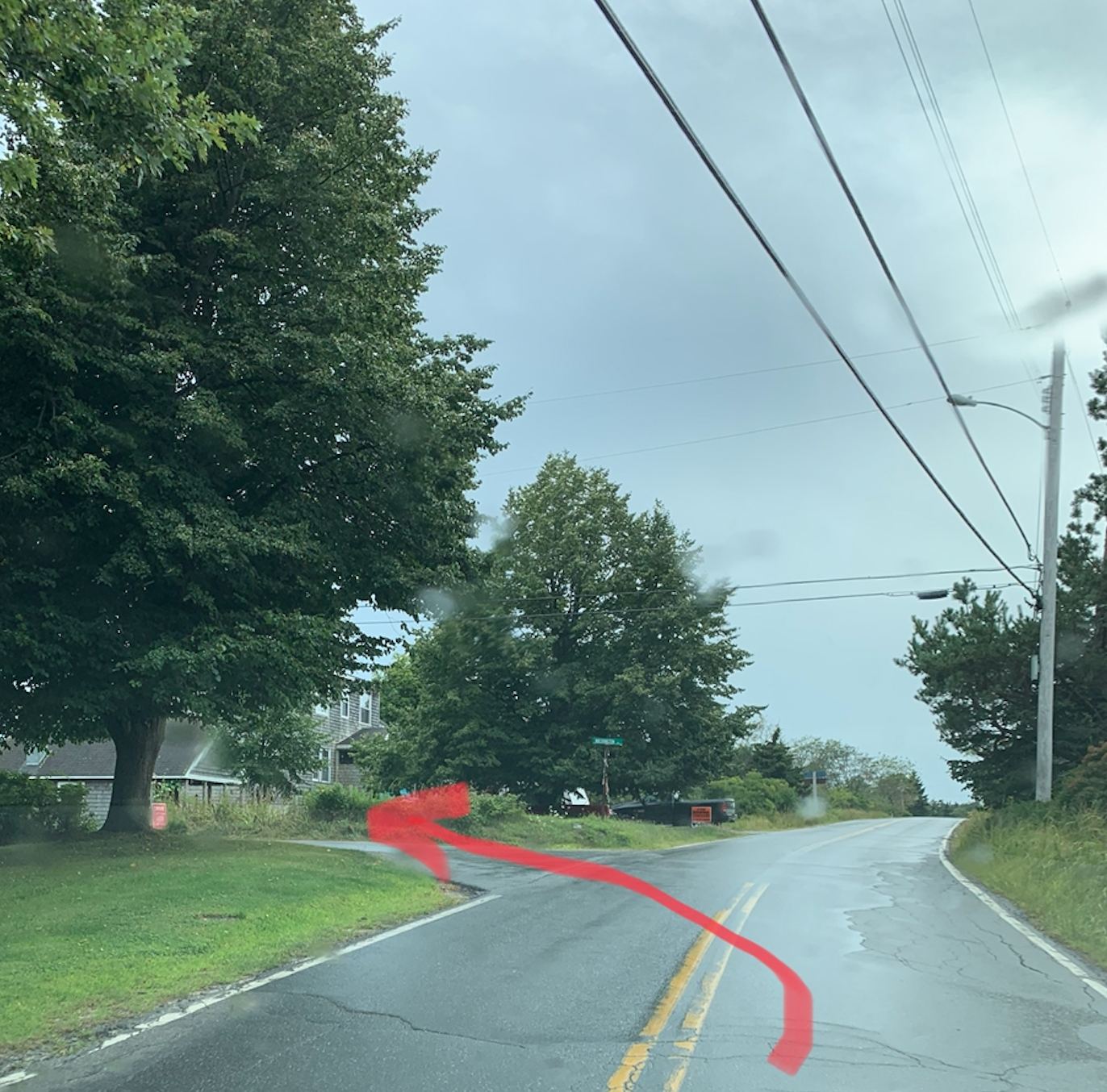 The house is the last on the right, just before the ocean. The fact that there is a driveway isn’t apparent until you are on top of it. But trust me, there is a drive opposite the driveway and garage to the last house on the left.

Take the exterior steps up to the deck.