This is Naked Capitalism fundraising week. 1477 donors have already invested in our efforts to combat corruption and predatory conduct, particularly in the financial realm. Please join us and participate via our donation page, which shows how to give via check, credit card, debit card, or PayPal. Read about why we’re doing this fundraiser and what we’ve accomplished in the last year, and our current goal, more original reporting.

Huge stash of walnuts squirreled away under car bonnet in US BBC (resilc). Winter is coming….

Watch Genius Pigs Use Tools in a Scientific First Vice

Back from the dead: Some corals regrow after ‘fatal’ warming PhysOrg. Chuck L: “Maybe it ain’t all over yet for the Great Barrier Reef.”

Extinction Rebellion protester grounds flight after making it on to plane pic.twitter.com/zH6nZAsN70

What Are the Actual Chances of Being Buried Alive? LitHub (J-LS)

From ‘Gemini Man’ to ‘The Irishman’: Dawn of the De-Aged Actor Hollywood Reporter (J-LS)

How to Avoid an Encore Wall Street Journal. On Placido Domingo.

Brexit latest: No extension without new referendum or an election, EU insists Telegraph. Consistent with their past position, but now apparently a harder line.

There’s no deal – so what next? Spectator

Brussels braced for possible Boris Johnson walk-out at next week’s Brexit summit Telegraph. We said high drama from Johnson was guaranteed, this is just a particular flavour of that.

Mass protests against corrupt governments & deprivation are things the US Govt & its media promote only when they're a club against adversary countries (eg Venezuela). That's why these massive protests against Ecuador's neoliberal, pro-US-Govt are ignored: pic.twitter.com/lHg7yYdxPA

Mexicans are killing each other at record rates. The U.S. provides the guns Los Angeles Times (resilc). Not surprising. The US is an arms merchant at every price point.

Kurdish soldiers I spoke to feared Trump would be a treacherous ally. But the scale of his betrayal is terrifying Independent

Congress set for showdown with Trump over Kurds The Hill

Dear Ellen DeGeneres: The Problem With Bush Is His War Crimes Intercept (resilc)

There’s a fascist-adjacent pro-war insurgency building in Ukraine against @ZelenskyyUa modest attempt at moving towards resolution of the war in Ukraine. This insurgency is inline with American foreign policy. That’s why it’s being whitewashed by American reporters. https://t.co/d2NQPDYQhY

SEC Launches Investigation of Practices in Retirement Plans for Teachers, Government Employees Wall Street Journal. Not defined benefit plans like CalPERS and CalSTRS, but 403(b) and 457 plans, which the SEC regulates. Even though the Journal piously pretends it doesn’t know why the normally somnambulant agency roused itself, the authors (which include Gretchen Morgenson) tip their hats:

News of the SEC investigation comes after New York state’s financial-services watchdog last week opened a probe of insurance-industry practices in the 403(b) market. The New York Department of Financial Services has demanded that a dozen major life insurers detail how they market retirement-income products to teachers, in a bid to assess whether insurers or their agents are taking advantage of teachers in selling potentially high-cost and inappropriate retirement-savings investments.

Federal agencies hate being end-run by state regulators, and the young New York Department of Financial Services already has a lot of notches on its belt.

From financial crisis to inequality — how economists got it wrong Financial Times. This is a frustrating piece, since the books sound simplistic, which may be a function of the review as opposed to the books. For instance, depicting capitalism as only the US “liberal meritocratic capitalism” version versus China’s “political capitalism” is just wrongheaded. What about the “market capitalism” of the 19th century analyzed in depth in Polyani’s The Great Transformation? What about the socialistic flavors in place in Japan and in Sweden and Norway (the latter two have been eroded by neoliberalism but are still bona fide models)? And that’s before you consider, as we’ve explained, that meritocracy is unattainable even within companies.

California governor signs statewide rent-control law Associated Press. Calling this “rent control” is bit of a stretch. Vastly weaker than NYC “rent stabilization,” which in turn is weaker than NYC “rent control”. While it restricts evictions, it appears that there is a huge loophole: not giving tenants the right to lease renewal. In NYC, if a tenant is current on a rent stabilized or controlled apartment, the landlord must offer a lease renewal.

Sesame Street to reveal muppet’s mom suffered from addiction The Hill. UserFriendly: “Everything is going according to plan. 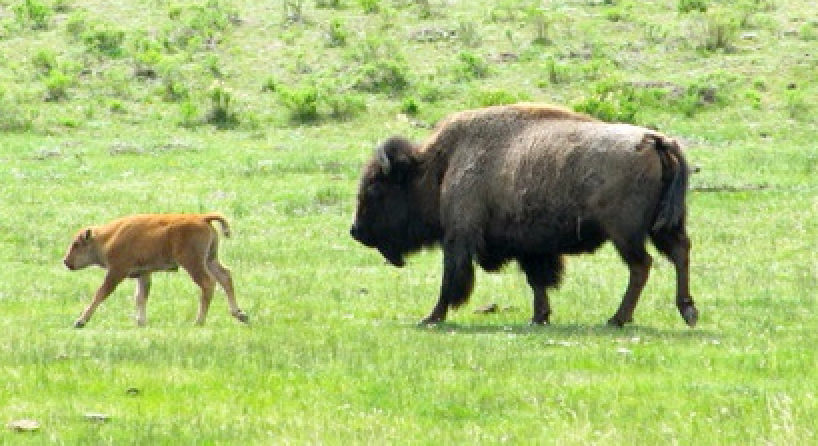 And a bonus. Lance N: “Another snow leopard being goofy. Y’know, they may just have itchy teeth.”