Boy on the floor photo prompts Boris to add larceny to mendacity Guardian. Johnson: “I’m sorry to have taken your phone, but there you go” (!!). More here. And here:

Get Boris GONE!!
Boris Johnson couldn’t even look at 4 year old Jack lying on the floor with pneumonia devastating collapse of our NHS by 9 years of Tory rule pic.twitter.com/CMvkpBWe5G

In U.K. Vote, Online Disinformation Is the New Normal NYT. The UK, you say.

Human rights are universal, which is why the United States stands with Hong Kong Hanscom Smith, South China Morning Post. Hanscom Smith is the US consul general for Hong Kong and Macau. We should try them!

There’s an app for that. Important thread:

This is a short Weibo story that tells you many other stories about China. Yesterday, some Weibo users posted abt an app called "社会扶贫" (Social Poverty Alleviation). It's a crowdfunding app designed by CN State Council's poverty alleviation office…1/n pic.twitter.com/6nwIjzkzGL

Seems an odd approach for a putatively communist nation to take.

Russia, Ukraine agree to ceasefire by year-end at Paris talks Deutsche Welle. The Blob must be furious.

The FBI Inspector General’s Report Has Bad News for Democrats, Too Eli Lake, Bloomberg. The deck: “The party is increasingly becoming the chief defender of the national surveillance state.”

Boeing 737 MAX was plagued with production problems, whistleblower says Seattle Times. “When [Ed Pierson, a former manager on the Boeing 737 MAX production line] met with [the head of the 737 program, Scott Campbell] in July 2018, he said, he again urged Boeing to shut down the MAX line. Pierson had spent decades in the Navy before joining Boeing and said he told Campbell that he had seen the military stop exercises over less serious concerns. In response, he claims, Campbell said, ‘The military isn’t a profit-making organization.'” Boom. As we say.

Gallup finds 1 in 4 Americans say they have put off medical treatment for a *serious* condition because of the cost pic.twitter.com/pHUNuo2Euo

Empire, Twenty Years On NLR. Dense, but as always with NLR, rigorous, agree or disagree.

‘We Committed Copyright Infringement and Want to Be Sued by Disney’ Fortune (dk).

Why the profit motive fails in education The Conversation

File an Information Request with Every Grievance Labor Notes

Man who ate the $120,000 banana art installation says he isn’t sorry and did it to create art CNN. Duchamp would be proud: 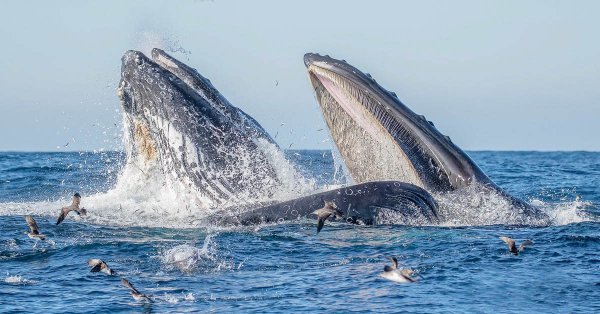