How to Make a Tree With Fractals Wired (David L)

Terrorists could make a ‘dirty bomb’ from this common medical device; why regulators won’t act PhysOrg (Robert M). Not to sound Pollyannish, but the hype over “dirty bombs” is way way way overdone. A dirty bomb is just a regular bomb with nasty radioactive material thrown in. The bigger the blast area, the less the severity of contamination. The problem is it does contaminate an area which then has to be cleaned up, which could be super inconvenient if it were, say, Grand Central. And the sort of people who are more worried about terrorism than vastly greater real world risks, like riding in a car, are particularly likely to get freaked out.

This is not a Natural Disaster. It is Man Made Steve Keen, Brave New Europe (Chuck L)

To Replace Gas Taxes, Oregon and Utah Ask EVs To Pay For Road Use ars technica

India close to concluding a trade package with U.S.: Shringla The Hindu (J-LS)

Right. As we slough off the excesses of the holiday season, here are my five ‘known unknowns’ about the coming #Brexit negotiation….

First up: Will Boris listen to business? 1/threadhttps://t.co/xYQs0OQuTA

U.S. reportedly strikes pro-Iran convoy in Iraq ahead of funeral for Soleimani Agence France-Presse. We really want that war, don’t we?

The Assassination of Suleimani Escalates the Threat of War Nation

Been hearing for awhile that Trump Admin seriously believes the DC think-tank brainslop that Iran is on the verge of a youth-led color revolution, just needs one last push to bring about a pro-NATO Maidan revolution in Tehran. We’re ruled by dumb psychos. https://t.co/l3wIfnX0qK

Qassem Suleimani Iran’s Shadowy Commander Who Has No Shadow
http://t.co/rt87egFryb my incredible scoop about the legendary commander

Company shuts down because of ransomware, leaves 300 without jobs just before holidays ZDNet (Chuck L)

Under Trump, the U.S. Has Become a “Known Unknown” Atlantic (resilc)

Trump asks New York judge to dismiss rape allegation case The Hill. The claim is actually defamation and it’s unfortunate that it is the NY Post that makes that clear: Trump files to dismiss columnist E. Jean Carroll’s defamation suit

McConnell digs in on impeachment: ‘Non-starter’ for Pelosi to influence trial The Hill. Predictable, but now official.

Malibu wants to ban all pesticides. The state of California says that’s against the law Los Angeles Times (J-LS)

2019: A Year the News Media Would Rather Forget Matt Taibbi, Rolling Stone (UserFriendly)

Ciities Struggle To Boost Ridership With ‘Uber for Transit’ Schemes Wired. Of course, zero mention of the fact that the availability of Uber vehicles is achieved only through billions a year in investor subsidies.

Last New Years Day, the coyotes got our dear little Rocky. He was more like a teenager than a cat: he would boss you, argue with you, tease you, and comfort you. At night, those big eyes were like headlights!
We miss him so. 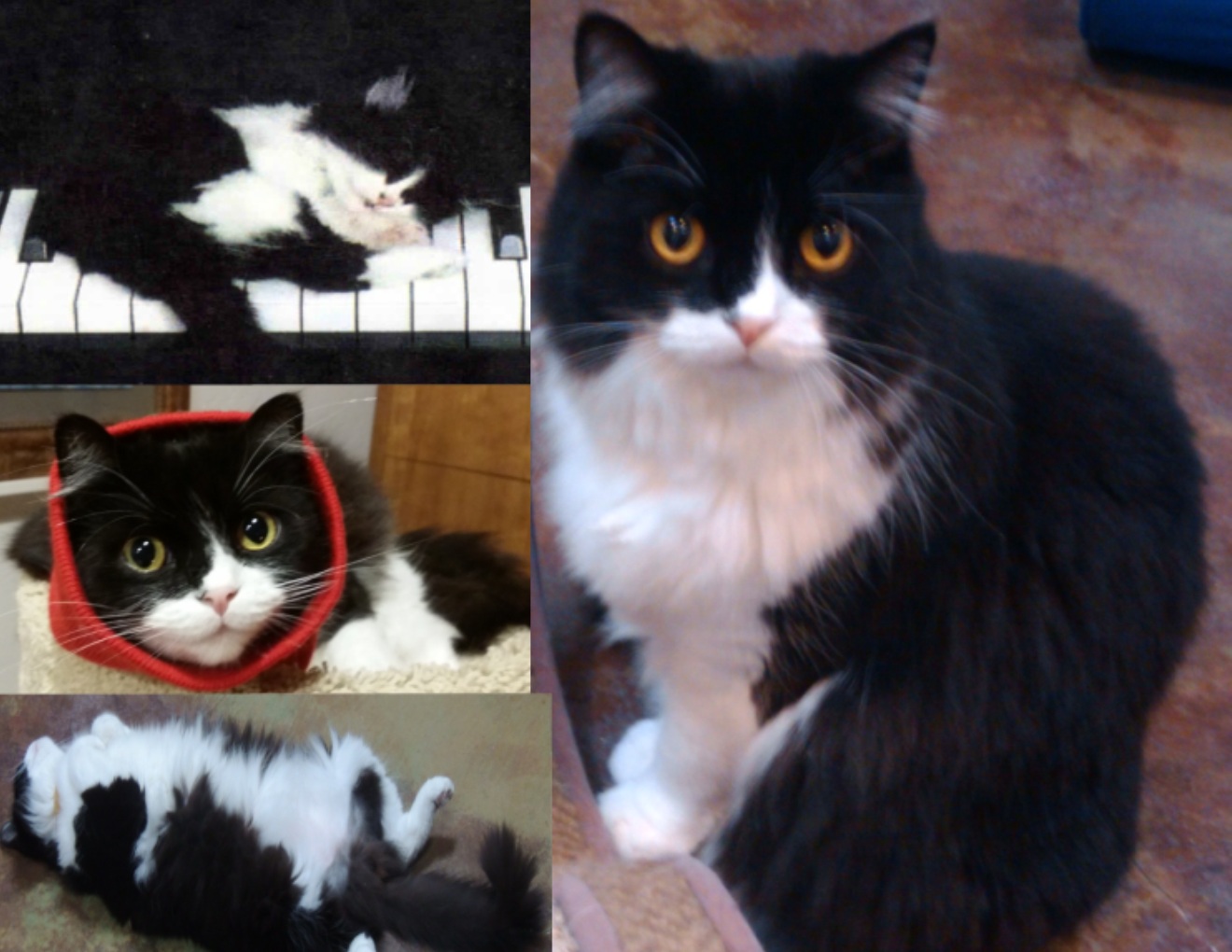 An anti-antidote from guurst, which strikes me as fitting in light of our Middle East misguided macho:

And a bonus, moar cats: