Scientists find a way to extract color from black PhysOrg

‘Help us’: After deaths on coronavirus-hit ship, guests clamor to leave Reuters (furzy)

Florence Nightingale: a pioneer of hand washing and hygiene for health The Conversation (J-LS)

Immunization with SARS Coronavirus Vaccines Leads to Pulmonary Immunopathology on Challenge with the SARS Virus PLOS One (dougie). Hoo boy….

Asymptomatic Carriers Are Fueling the COVID-19 Pandemic. Here’s Why You Don’t Have to Feel Sick to Spread the Disease Discover (David L). Note the “mild cases” is still a hypothesis…and we are how many weeks into this diseases?

Amidst a Lockdown, Why Must Cops Wield the Lathi With Such Impunity and Callousness? The Wire (J-LS)

Covid-19: Why the EU is haunted by the euro crisis divisions Tony Connelly, RTE. PlutoniumKun: “Very important article on the arguments within the EU over a fiscal response to the virus.”

We are quite literally doing a worse job of containing the virus than any other country on earth.

Rhode Island cracks down on visitors from New York Houston Chronicle (BC). I doubt the effectiveness of asking, but license plates speak volumes. Confirmed in a later sighting by martha r: Rhode Island Police to Hunt Down New Yorkers Seeking Refuge Bloomberg

There’s an outrageous lack of controls on the huge amount of corporate assistance provided in Section 4003 of the just passed stimulus bill. (1/9)

For $2 trillion, you could give $500 billion to frontline health care facilities and then cut a $10,000 check to every single worker in America.

Please try to explain to me how this wouldnt be better than giving much of the emergency stimulus money to corporations.

This announcement of layoffs by United Airlines came literally a few hours after they got $25B in grants from the government so they wouldn’t have to lay anyone off.

Congress is full of a bunch of fucking morons. https://t.co/UrNRiOIgbO

Cuomo pushes back on Trump over ventilators: ‘I operate on facts’ The Hill. I noted in comments that on 3/25, I had the misfortune of seeing a full Tucker Carlson show, which really put to rest the notion that he is some sort of friend of the left save intermittently., It was full race-baiting, Commie bashing, praise of gunz, and a two minute hate against Harvard. Note I have said Harvard deserves to be bashed big time for its conduct in this crisis, making all sorts of people pay (in this case contract cafeteria workers who were dumped with no warning and no stipend), but the way Carlson lathered on the venom was…instructive. In any event, this show gave prominent play to Trump’s self-praise to getting a few ventilators to NY, with Trump declaring Cuomo to be “happy” and to attacking the press for pointing out that Trump’s PR for chloroquinine as a possible remedy had led to deaths via attempted self-medication. Trump in typical Trump fashion doubled down Thursday night.

An emergency room physician who made pleas for more safety equipment and more urgent measures to protect staff at PeaceHealth St. Joseph Medical Center was fired on Friday. https://t.co/xdPzg53fLC

Not enough personal protective equipment for nurses/nurse assistants/physicians. My father is a neurologist in NY called to consult on COVID-19 patient is reduced to wearing a garbage bag on his head, a face mask made from uncle Giuseppe take out dinner stapled to a shower cap. pic.twitter.com/uoypkC1Maq

Will Trump’s Fumbling of Covid-19 Lead to His Exit in Weeks? Ian Welsh (furzy). The problem is the lack of a mechanism by which Trump exits. Unless he dies, he’s not at all the type who would resign gracefully, plus Pence is just as culpable.

Red April: What happens on the first of the month when residents, restaurants, and retail stores don’t pay rent? Slate (Dan K)

The Helicopters Are Coming Willem Buiter, Project Syndicate (David L). For those of you who found NC during that other crisis, Buiter was one of our favorite commentators.

For the Class of 2020, a Job-Eating Virus Recalls the Great Recession New York Times (resilc)

This is such a meta story. Look at how the media covering this story. At first it was in the Lifestyle section. Now in the sports section. It’s really quite stunning. https://t.co/bJIDF44bKo

Here is a pic of my Maine Coon Cat located about an hour West of Lambert in Sebec Maine. It was one of her first days outside of the house after a pretty cold spring. Still lots of snow up here. Plenty of social isolation here if you want it! 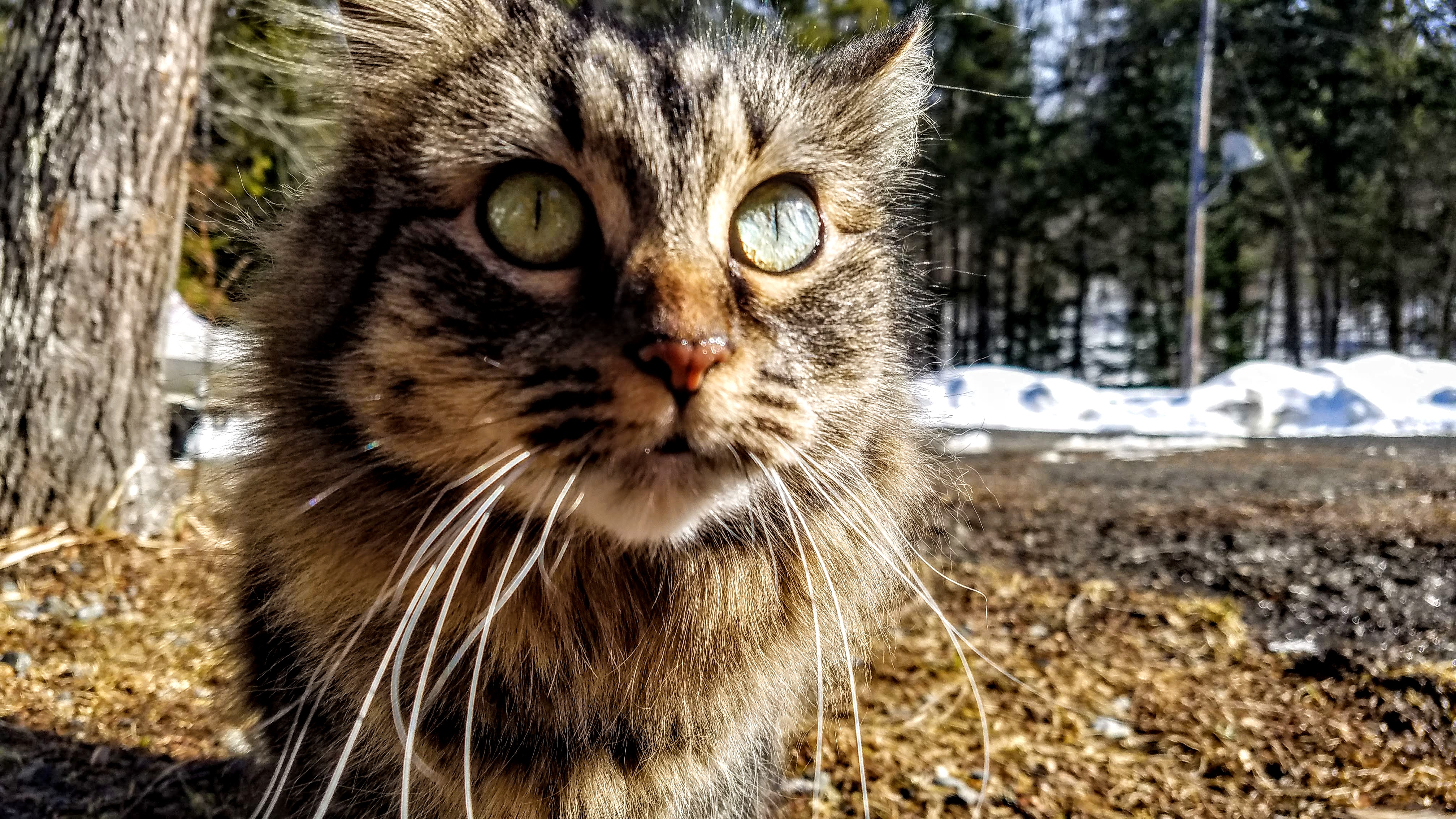