Yves here. I trust readers will not devote energy to debating the author’s vigorous criticism of Trump. It is true that Trump has provided just about the worst leadership possible on Covid-19, and if he loses next fall, that will be the biggest reason why. However, public health is a state and local matter. So even though Trump has made himself the biggest owner of the US Covid-19 train wreck by putting himself out in front of it, the reality is that this disaster had many parents.

Living in red state Alabama, I am not convinced that things would have been much different here with President Hillary. A large segment of the population, and it included members of the upper middle class, are anti-vax, skeptical of science and government, and are temperamentally “Don’t tell me what to do” libertarians. Blue state New York closed public schools only because teachers threatened to walk out. Cuomo initially opposed Di Blasio’s plans to shut down all but essential businesses. And those red states that hadn’t seen much in the way of infection could blame the results on the coasts on furriners and public transportation and too many people living in apartments.

In other words, it’s quite plausible that Republican-dominates states would have behaved more or less the same way even with a Democratic administration. The big difference on the health response could have been a much earlier pivot to masks, including browbeating newscasters to wear them.

Introduction: Health Care Professionals Vilified After They Caution Against Premature Reopening During the Pandemic

As we discussed in April, 2020, after the curve of the coronavirus pandemic began to flatten in the first heavily affected areas in the northeast US, supposedly popular protests, broke out calling for the end of onerous social distancing measures, ostensibly to let the economy recover.  President Trump then jumped in, calling for the “liberation” of multiple states from these  measures.

As these protests multiplied, health care professionals responded by staging counter-protests to warn people about the danger of premature “reopening.”  For their pains, they were often vilified.  In particular, we noted that one brave ICU nurse silently stood at the capitol of Arizona.

‘She would spend the next few hours standing silent, her facial expressions partly hidden behind her medical mask. Her body standing rigid in surgical scrubs.’

For that, she was insulted, scorned and generally screamed at by flag-waving protesters, some of whom carried signs about an overblown crisis and a ‘pretend-demic’.

The state Republican chairwoman even accused her of one of the “actors playing parts.”

In that and a later post we noted how these “reopening” protests were egged on by right-wing politicians, including President Trump himself; infiltrated by extreme right-wing groups, including armed militias; accompanied by threats of death and violence to counter-protesters and anyone preaching restraint; and organized and funded by right-wing political organizations, often allied with Trump, and often funded by plutocrats.  It was unclear whether more than a small minority of the protesters were truly concerned about the economic costs of delaying reopening.  Rather, they seemed mainly about pushing a political agenda which had little to do with public health or health care.

Was this any way to make health care and public health policy?  Nonetheless, these protests, which were orders of magnitude smaller than those which later broke out after the death of George Floyd, and pressure from Trump et al seemed to induce Republican state leaders to reopen early and quickly.

Now the health care professionals’ warning are shown to be valid.  Consider the case of Arizona.

Arizona has emerged as an epicenter of the early summer coronavirus crisis as the outbreak has expanded, flaring across new parts of the country and, notably, infecting more young people.

Maricopa County, which includes Phoenix, is recording as many as 2,000 cases a day, ‘eclipsing the New York City boroughs even on their worst days,’ warned a Wednesday brief by disease trackers at Children’s Hospital of Philadelphia, which observed, ‘Arizona has lost control of the epidemic.’

This came after Arizona became the poster child for early and quick reopening. “The state’s cases began rising dramatically about May 25, 10 days after Ducey allowed the state’s stay-at-home order to expire….” said a local public health expert.

The Republican Governor seemed to be reacting directly to Trump’s push to “liberate” states:

Trump, who was urging governors to jump-start their economies, was coming to Arizona to tour a Honeywell plant and to convene a discussion about issues facing Native Americans.

The day before the president’s visit, Ducey announced plans to accelerate the reopening of his state’s economy, lifting restrictions on salons and barbershops and allowing restaurants to resume dine-in service. A chart displaying the number of new cases, which did not show the 14-day decline recommended by White House guidelines, ‘really doesn’t tell you much,’ Ducey said at his May 4 news conference.

In the Washington Post’s summary:

At critical junctures, blunders by top officials undermined faith in the data purportedly driving decision-making, according to experts monitoring Arizona’s response. And when forbearance was most required, as the state began to reopen despite continued community transmission, an abrupt and uniform approach — without transparent benchmarks or latitude for stricken areas to hold back — led large parts of the public to believe the pandemic was over.

Stories coming out of Arizona are starting to resemble those that came out of New York at its peak of pandemic induced misery.  On June 24, 2020, the Arizona Republic published a vivid anecdote of yet another person who scoffed at the virus, and then became ill.

Jimmy Flores, 30, met up with his close friends at the bars in Scottsdale on a Saturday night in June.

‘This bar was super packed. I was kind of concerned because I was like, man, everyone’s tight, they have limited cups. Some people were sharing drinks, it was weird,’ said Flores, who also shared drinks with his friends at a bar in north Scottsdale that night.

He ended up hospitalized for over a week. He “was discharged home Monday, but breathing is still a challenge and he is taking multiple medications.”  He started posting about his case on Facebook, but his friends thought he was being “political.”  Now he says, “I really care about people not going through this and that they have to take this seriously because it really hurts.” 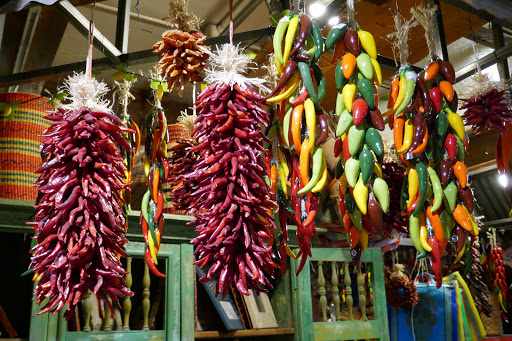 And the New York Times published an op-ed on June 26, 2020 from an emergency department physician sadly mirroring the tales of despair coming out of New York only a few months ago.

Patients are evaluated, stabilized and admitted to an inpatient medical team. But many admitted patients remain in the emergency department, ‘boarding’ while awaiting transfer to the hospital wards because there are no more intensive-care beds available in the hospital or there is insufficient staff to care for them in the beds that are available.

The media has reported how few hospital beds are available in the state. But even if we had enough beds, it wouldn’t matter if our staff wasn’t physically and emotionally well enough to attend to the people occupying those beds. Many hospital systems have chosen to furlough staff and tighten belts even as health care teams were beginning to feel the psychological strain of the pandemic. Physicians are a small part of our clinical care teams. We are profoundly limited in what we can do without the support of nurses, paramedics, emergency and intensive-care technicians, respiratory therapists, radiology technicians, environmental services workers, social workers, case managers, unit coordinators, clinical pharmacists and others.

Health care workers are exhausted. Staffing shortages and increasing fatigue are the new normal for emergency departments, intensive-care units and Covid-19 units, and across hospital wards. Staffing levels are being set with an emphasis on ‘productivity’ as determined by financial calculations rather than clinical severity or the complex needs of our patients and the community we serve.

Emergency medical and critical-care team members are canaries in the coal mine. When we are understaffed and overworked, when there is no staff to triage patients, when more and more patients are piling up at the emergency department door, the system breaks down, then people break down. You can borrow ventilators (until you can’t) and make more personal protective equipment (we hope). You cannot magically produce more nurses, respiratory therapists, physicians or other professionals.

And things are getting worse every single day.  The Arizona Republic reported June 28, 2020:

Arizona cases of COVID-19, the disease caused by the new coronavirus, increased by more than 3,850 cases on Sunday — the highest number of cases in a single day, according to data released by the Arizona Department of Health Services.

Arizona’s total identified cases rose to 73,908 on Sunday with 1,588 known deaths, according to the most recent state figures. That’s an increase of 3,857 confirmed cases, or 5.5%, since Saturday.

Inpatients with suspected or confirmed COVID-19 and ventilator and ICU bed use again hit record highs Saturday, while emergency department visits dropped from Thursday’s record of 1,249, according to the daily report from the Arizona Department of Health Services.

As of Saturday, 85% of current inpatient beds and 87% of ICU beds were in use for COVID-19 and other patients.

But it did not have to happen.  Had Arizona’s political leadership paid attention to the message of one brave ICU nurse back in April, or numerous messages from other health care and public health professionals, had they resisted President Trump’s constant exhortations that the economy comes first, and that coronavirus is not a big problem, the pandemic would likely have been better controlled in Arizona, and elsewhere, than is actually the case.

So do cry for those in Arizona.

However, in our new (ab)normal, many political leaders follow the lead of the current president, Donald Trump, and his party.  They seem unworried that the president has a record of peddling lies and disinformation (look here), and has a record of conflicts of interest and corruption goes far beyond any conceivable precedent (look here). They accept Trump’s multiple assurances that the coronavirus pandemic is either a hoax, or “fake news,” or inconsequential, or fading away (look here).  They shrug when Trump scoffs at public health measures meant to slow viral spread, such as face masks (look here).  They put extreme politics, ideology, and sectarianism (look here) ahead of science, logic, and the warnings of experts.

So, health care professionals trying to uphold their mission to put patients’ and the public’s health first have stumbled into a political conflict far beyond anything we have seen in our lifetimes.  Upholding the mission is proving to be difficult, unpleasant, and now dangerous.  The danger is not just from the virus, but from our fellow humans putting their politics and ideology ahead of all else.  That does not make the mission any less important.  Innocent lives are still hanging in the balance.

We could retreat in fear from the powerful opposition we have stirred up.  That would allow complete politicization of the management of the coronavirus pandemic, doubtless leading to even more disease and death (and ironically, even worse economic disruption).  Retreating would betray our patients and make a mockery of our mission.  Or we could persist.  What will it be?