Yves here. This is one of the few potentially positive developments I have heard of coming out of the coronacrisis. When I first came to the city, there was a lot less homelessness, in large measure due to the existence of single room occupancy hotels. It’s important to remember that most homeless are intermittently homeless: they have couch-crashing or other ad-hoc housing that had fallen through. SROs provided more stable short-term (and for some, longer-term) arrangements.

Those SROs over time were converted to either hotels or residential housing. And given that developers have been interested only in building luxury or super-luxury housing, converting some hotels back to apartments is a logical way to create more middle class housing in urban areas. And it’s a way to swing the pendulum back from gentrification gone too far. I liked Manhattan much better when it was mixed income and gritty rather than shiny and soulless.

By Yoav Gonen. Originally published by THE CITY on June 25, 2020 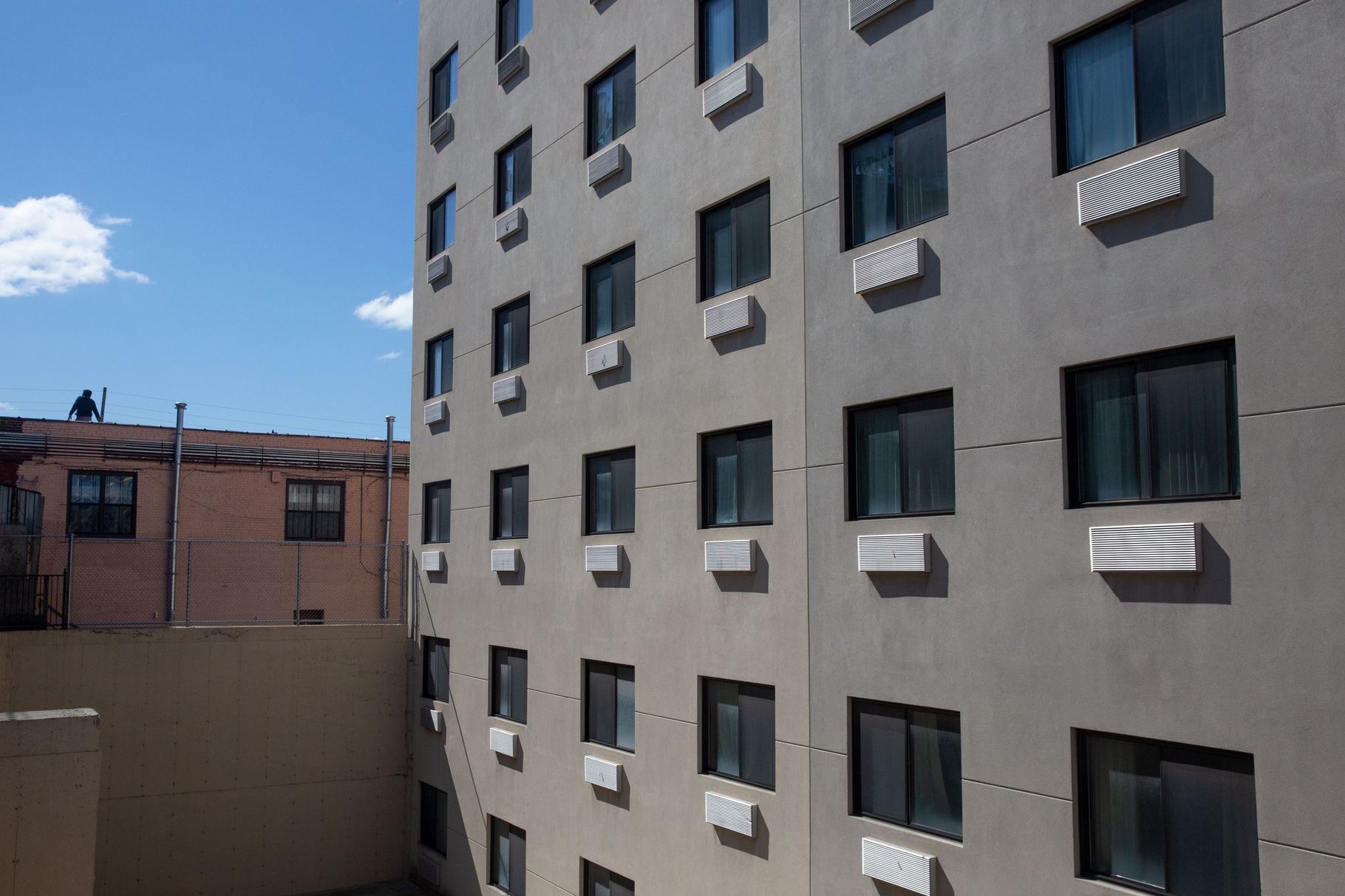 A Jamaica, Queens shelter hotel where people were being isolated during the coronavirus outbreak, April 2, 2020. Ben Fractenberg/THE CITY

The exploration of cheaper alternatives for affordable housing and supportive housing — offering health care and social services for people with mental illness or substance abuse disorders — comes as the city struggles to overcome a fiscal crisis prompted by the coronavirus pandemic.

The effort, which also comes as thousands of homeless people are staying in hotels, highlights just how hard a near-halt in business travel and tourism is slamming New York City.

“Unfortunately, we’re seeing a tremendous hit to our hotels because of the reduction in tourism, because of the lack of travel — and hopefully most of that will come back. But some of it may not,” Vicki Been, deputy mayor for housing and economic development, said this week during an online roundtable on economic development hosted by the Real Estate Board of New York and the law firm Greenberg Traurig. 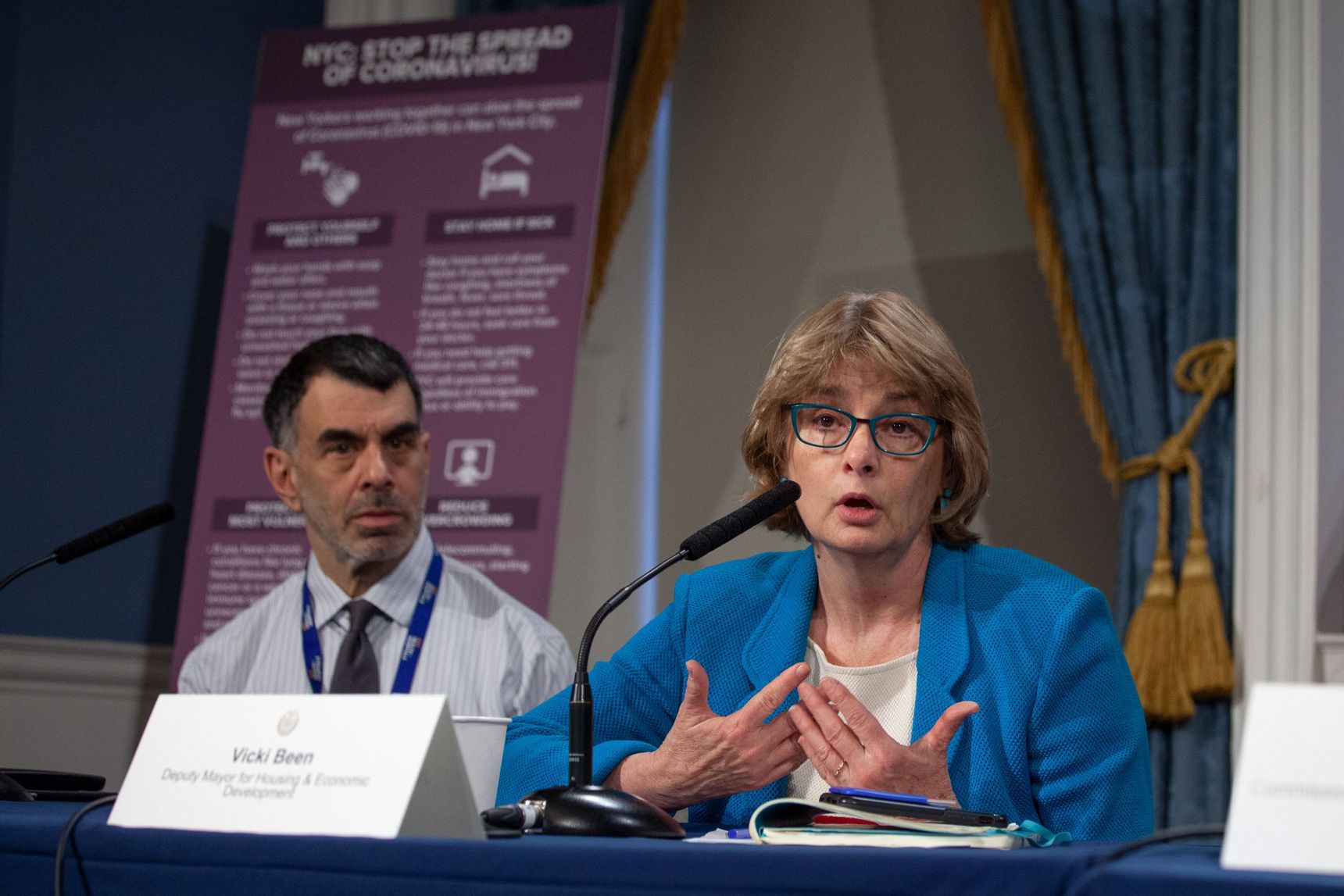 Department of Housing Preservation and Development Commissioner Louise Carroll, who also participated in the event, said hotels are also under consideration for a shared housing model — which includes SRO-like units that have common areas for residents.

The agency has been testing shared and co-living spaces as affordable housing since 2018.

“Maybe hotels are good for rehab in that way,” Carroll said of SROs.

The number of SRO units in the city has decreased from a high of more than 200,000 in the 1950s to as few as 30,000 today, according to supportive housing advocates.

The purge began when city officials deemed SROs to be substandard housing — and made it illegal to build new units beginning in the 1960s.

The hotel conversions could offer a cost-effective way to create affordable housing on a large scale, say the supportive housing developers and operators, much less expensively than building from the ground up.

More than $1 billion in planned spending on affordable housing for the fiscal year that ends Tuesday and the one that begins July 1 would be delayed by two years under Mayor Bill de Blasio’s proposed capital budget, the Independent Budget Office reported Monday.

That budget is in its final days of negotiation with the City Council.

De Blasio has set a goal of building and preserving 300,000 units of affordable housing by 2026. The IBO report found that through March, the city had financed just over 164,000 units — of which 70% were preserved through refinancing and upgrades rather than new construction.

On the tourism side, the latest data from the hospitality analyst group STR found that city hotel occupancy rates were down by 47% in May compared to a year prior — to an occupancy rate of 47.2%. Revenues were down 82.6% compared to the same month last year, the data shows, to about $166 million.

About 13,000 homeless people — or nearly one-quarter of the city’s total homeless population — are among those staying at commercial hotels, according to department of homeless services officials. 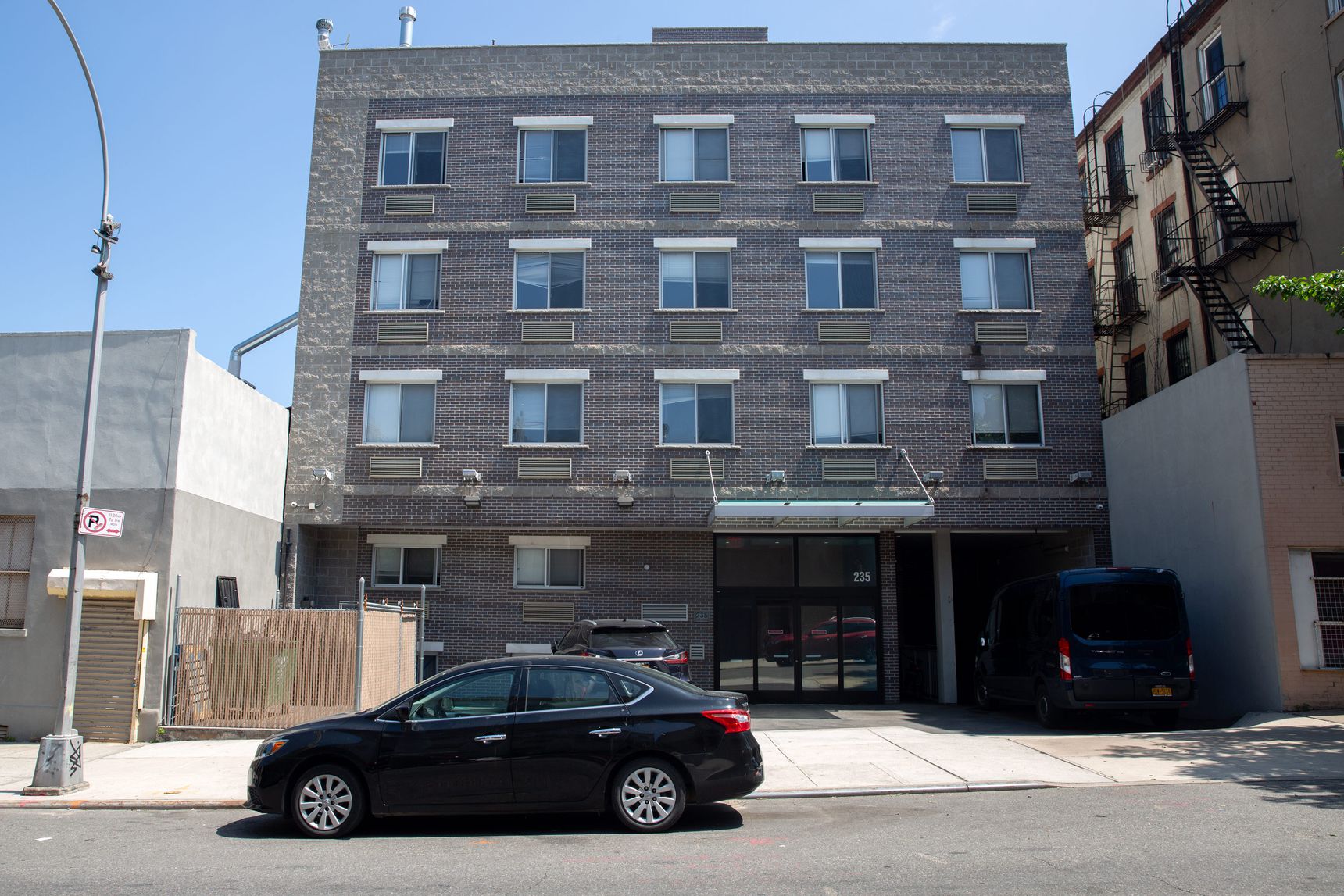 The city has been isolating people during the coronavirus outbreak in a Greenwood Heights, Brooklyn, hotel, May 26, 2020. Ben Fractenberg/THE CITY

Both the occupancy rate and revenue were slight improvements over April’s numbers, the data shows. But the days when the city drew 60 million tourists annually are gone.

Leaders in the hotel and corporate sectors said they see the city’s explorations as an accurate reflection of conditions on the ground for the foreseeable future.

Vijay Dandapani, CEO of the Hotel Association of New York City, said the financial realities for some hotel owners will align with the city’s interests.

“In this particularly stressful time with virtually no revenues, we expect there will be a high degree of interest from some owners,” said Dandapani. “It is pretty much a certainty that the hotel industry won’t be able to recover in any meaningful way till at least late 2023, and more likely early 2024.”

As many as 20% of the city’s more than 125,000 hotel rooms may not reopen, The Wall Street Journal recently reported.

Kathryn Wylde, CEO of the Partnership for New York City, said hotels had been overbuilt before the coronavirus crisis, and that soaring real estate costs had made it difficult to develop affordable housing.

“We support the idea of trying to fund public use for distressed assets,” she said. “To the extent the pandemic creates some opportunities to acquire properties cheaply and repurpose them to meet community needs, that would be one of few good outcomes of this horrible crisis.”

Housing at Half the Cost

When supportive housing first took off as a model starting in the 1970s, conversions of aging hotel buildings were common. Former hotels that remain residences today include the Prince George in Flatiron and Muhlenberg Residence in downtown Brooklyn.

If the city moves forward now, it wouldn’t be the first conversion by the de Blasio administration of a former hotel site into affordable and supportive housing.

In 2018, the supportive housing nonprofit Breaking Ground purchased a former residential hotel on Sands Street that was part of a Jehovah’s Witnesses complex in Dumbo, Brooklyn.

With a $157 million loan from HPD, the site is now poised to serve as 200 units of affordable housing and 300 units of supportive housing, according to Breaking Ground’s CEO, Brenda Rosen.

Rosen said an SRO model would be particularly well-suited for distressed hotels in Manhattan, which can be converted into supportive housing for as little as $250,000 per unit — half the cost of new construction.

“There are thousands of hotel rooms being used as shelter right now, and the question is, does it make sense to think about these hotels as some sort of permanent supportive housing and would it make sense in terms of structure and time and cost?” said Rosen. “It really could be a huge benefit to the city, especially at a time of fiscal constraint.”