Yves here. A companion piece to this account of the Covid-19 mask wars in the US is News media and distrust in scientific experts at VoxEU. However,  I wish this article gave more practical advice as to how to talk to mask refusniks. One might be to start with, “How do you keep your family safe from Covid-19?” but that might simply elicit a response like, “The risk is overhyped, the media makes money from scaring people.”

Health care workers on the front lines of the COVID crisis have spent exhausting months working and self-quarantining off-duty to keep from infecting others, including their families. Encountering people who indignantly refuse face coverings can feel like a slap in the face. 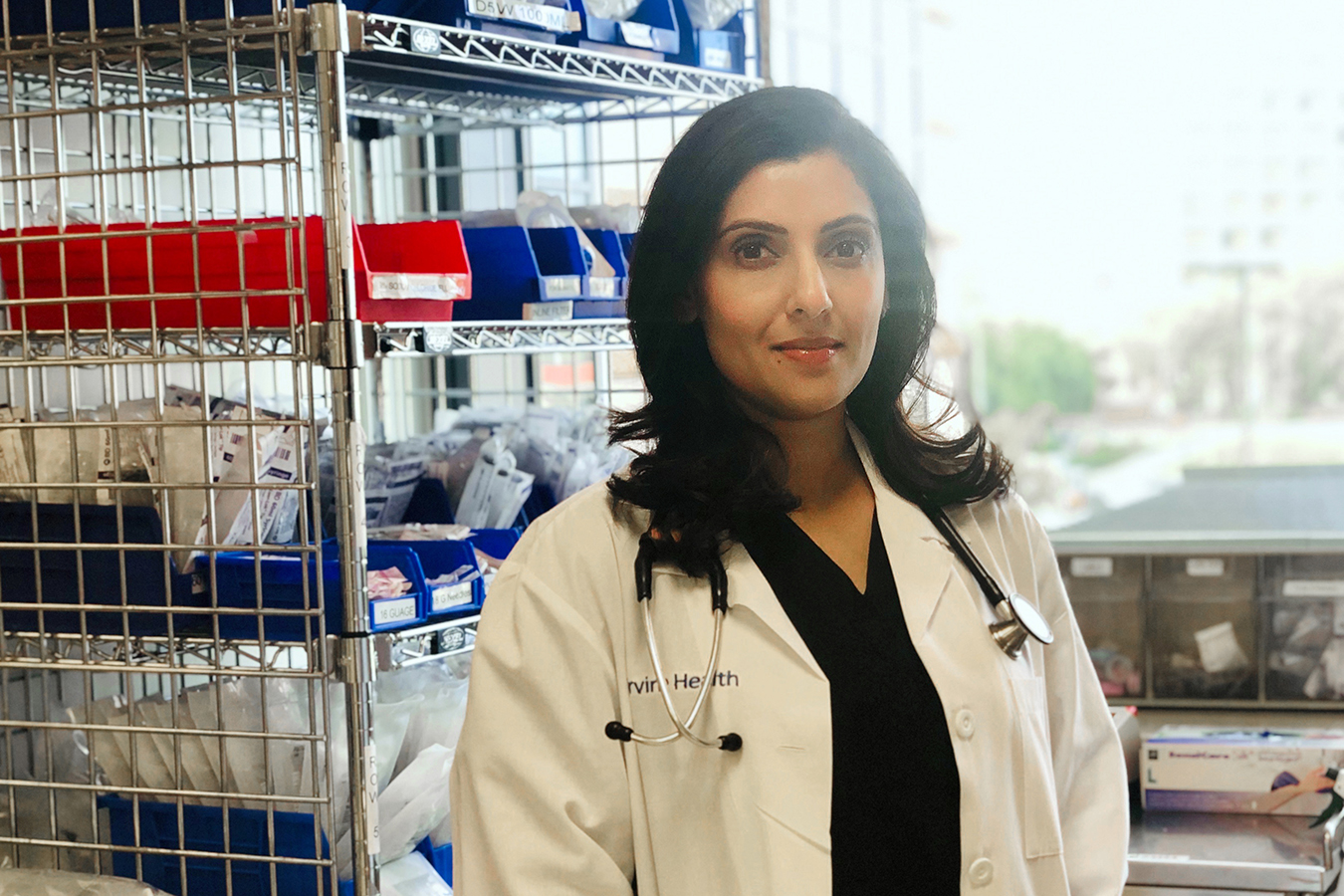 When an employee told a group of 20-somethings they needed face masks to enter his fast-food restaurant, one woman fired off a stream of expletives. “Isn’t this Orange County?” snapped a man in the group. “We don’t have to wear masks!”

The curses came as a shock, but not really a surprise, to Nilu Patel, a certified registered nurse anesthetist at nearby University of California-Irvine Medical Center, who observed the conflict while waiting for takeout. Health care workers suffer these angry encounters daily as they move between treacherous hospital settings and their communities, where mixed messaging from politicians has muddied common-sense public health precautions.

“Health care workers are scared, but we show up to work every single day,” Patel said. Wearing masks, she said, “is a very small thing to ask.”

Patel administers anesthesia to patients in the operating room, and her husband is also a health care worker. They’ve suffered sleepless nights worrying about how to keep their two young children safe and schooled at home. The small but vocal chorus of people who view face coverings as a violation of their rights makes it all worse, she said.

That resistance to the public health advice didn’t grow in a vacuum. Health care workers blame political leadership at all levels, from President Donald Trump on down, for issuing confusing and contradictory messages.

“Our leaders have not been pushing that this is something really serious,” said Jewell Harris Jordan, a 47-year-old registered nurse at the Kaiser Permanente Oakland Medical Center in Oakland, California. She’s distraught that some Americans see mandates for face coverings as an infringement upon their rights instead of a show of solidarity with health care workers. (Kaiser Health News produces California Healthline, is not affiliated with Kaiser Permanente.)

“If you come into the hospital and you’re sick, I’m going to take care of you,” Jordan said. “But damn, you would think you would want to try to protect the people that are trying to keep you safe.”

Meanwhile, cases and hospitalizations continue to rise in Orange County.

The county’s flip-flop illustrates the national conflict over masks. When the coronavirus outbreak emerged in February, officials from the U.S. Centers for Disease Control and Prevention discouraged the public from buying masks, which were needed by health care workers. It wasn’t until April that federal officials began advising most everyone to wear cloth face coverings in public.

One recent study showed that masks can reduce the risk of coronavirus infection, especially in combination with physical distancing. Another study linked policies in 15 states and Washington, D.C., mandating community use of face coverings with a decline in the daily COVID-19 growth rate and estimated that as many as 450,000 cases had been prevented as of May 22.

But the use of masks has become politicized. Trump’s inconsistency and nonchalance about them sowed doubt in the minds of millions who respect him, said Jordan, the Oakland nurse. That has led to “very disheartening and really disrespectful” rejection of masks.

“They truly should have just made masks mandatory throughout the country, period,” said Jordan, 47. Out of fear of infecting her family with the virus, she hasn’t flown to see her mother or two adult children on the East Coast during the pandemic, Jordan said.

But a mandate doesn’t necessarily mean authorities have the ability or will to enforce it. In California, where the governor left enforcement up to local governments, some sheriff’s departments have said it would be inappropriate to penalize mask violations. This has prompted some health care workers to make personal appeals to the public.

After the Fresno County Sheriff-Coroner’s Office announced it didn’t have the resources to enforce Newsom’s mandate, Amy Arlund, a 45-year-old nurse at the COVID unit at the Kaiser Permanente Fresno Medical Center, took to her Facebook account to plead with friends and family about the need to wear masks.

“If I’m wrong, you wore a silly mask and you didn’t like it,” she posted on June 23. “If I’m right and you don’t wear a mask, you better pray that all the nurses aren’t already out sick or dead because people chose not to wear a mask. Please tell me my life is worth a LITTLE of your discomfort?”

To protect her family, Arlund lives in a “zone” of her house that no other member may enter. When she must interact with her 9-year-old daughter to help her with school assignments, they each wear masks and sit 3 feet apart.

Every negative interaction about masks stings in the light of her family’s sacrifices, said Arlund. She cites a woman who approached her husband at a local hardware store to say he looked “ridiculous” in the N95 mask he was wearing.

“It’s like mask-shaming, and we’re shaming in the wrong direction,” Arlund said. “He does it to protect you, you cranky hag!”

After seeing a Facebook comment alleging that face masks can cause low oxygen levels, Dr. Megan Hall decided to publish a small experiment. Hall, a pediatrician at the Conway Medical Center in Myrtle Beach, South Carolina, wore different kinds of medical masks for five minutes and then took photos of her oxygen saturation levels, as measured by her pulse oximeter. As she predicted, there was no appreciable difference in oxygen levels. She posted the photo collection on June 22, and it quickly went viral.

“Some of our officials and leaders have not taken the best precautions,” said Hall, who hopes for “a change of heart” about masks among local officials and the public. South Carolina Gov. Henry McMaster has urged residents to wear face coverings in public, but he said a statewide mandate was unenforceable.

In Florida, where Gov. Ron DeSantis has resisted calls for a statewide order on masks despite a massive surge of COVID-19 cases and hospitalizations, Cynthia Butler, 62, recently asked a young man at the register of a pet store why he wasn’t wearing a mask.

“His tone was more like, this whole mask thing is ridiculous,” said Butler, a registered nurse at Fawcett Memorial Hospital in Port Charlotte. She didn’t tell him that she had just recovered from a COVID-19 infection contracted at work. The exchange saddened her, but she hasn’t the time to lecture everyone she encounters without a mask — about three-quarters of her community, Butler estimated.

“They may think you’re stepping on their rights,” she said. “It’s not anything I want to get shot over.”