Yves here. Suicide is not normally a topic in polite company. But the desperate conditions facing Indian farmers, even ones with good-sized plots and high-value crops, means a rise in suicide rates. And as this post make clear, it’s mainly due to debt. The same forces are crushing US farmers, who often sell off parts of family farms to get by, which can put them in a death spiral, since the remaining land doesn’t throw off enough income to support the overheads.

And we are about to see this movie start playing across small business American. Many enterprises are suffering from a collapse in revenues. Some may be able to downsize enough to continue to provide the owners and a few employees with an adequate income, even if it is wrenching to fire long-standing, loyal employees to save a few. But other businesses will fold. The loss of savings (most owners will put in more money to try to keep the venture afloat) and the emotional toll, combined with the poor prospects for the economy generally, mean a lot of owners will be isolated and desperate.  And a lot of this distress could have been prevented. 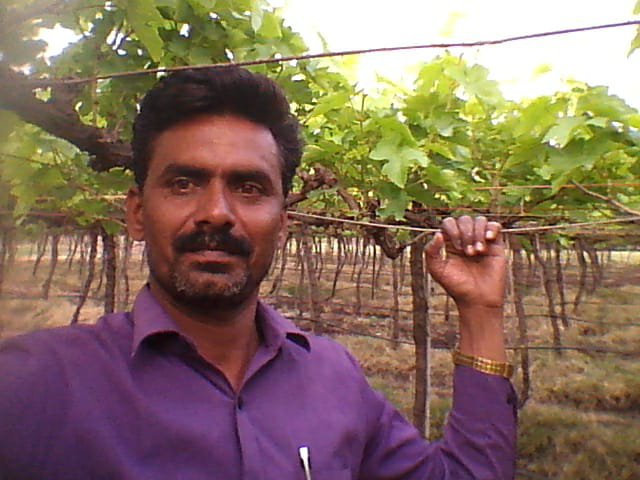 Shankar Darekar is haunted by reports about farmer suicides  | Shankar Darekar
I am Shankar Darekar, a 47-year-old farmer from Vimchur, a remote rural village in India’s Maharashtra province. Maharashtra is known for its rich heritage, the generally prosperous lifestyle of its people and fertile lands. But behind that lustrous shroud, penury and unremitting suicides fester, defining the lives of us peasants.

The coronavirus pandemic, which erupted in India in early March, has spelled doom for us. It was the harvest season. I cultivate grapes on five acres of land bequeathed to me by my forefathers. Grapes are an expensive cash crop, requiring a whopping investment of up to $3,000 per acre of cultivation. There are no yields for the first three years.

Every year in March, I sell part of the crop to merchants in Kolkata, in India’s eastern province of West Bengal, from where it is sent to Bangladesh. The remainder is sent to Delhi and Punjab, for export to our western neighbours. When Prime Minister Narendra Modi announced the lockdown from midnight of 24 March, he gave India’s 1.3 billion citizens barely four hours’ notice. It was a cruel joke that had a huge effect on millions of farmers.

By that time, I had dispatched 100 quintals [10 tonnes] of grapes to Bangladesh, but 350 quintals were still on vines in the fields. I thought of the debt I had incurred. If the grapes rotted, my life would be ruined. Some of us got together, called farmers’ bodies and made hurried representations to the government. To our dismay, our appeals fell on deaf ears.

The Modi government, which had arranged special jets to fly back the rich who were stranded abroad, was unwilling to run the railways for a few more days to transport our crops. We tried to organise trucks on our own, but provincial borders were sealed. Permits were not granted despite pleas to the government.

Over a week was wasted in this flustering uncertainty. By the time we zeroed in on some local merchants, the sugar level of the grapes had risen. The buyers fixed abysmally low rates, but we could not negotiate. I sold 225 quintals of grapes for one-fifth of the price I would usually get.

But more than 125 quintals of grapes had ripened and could not be sold. Someone suggested that raisin makers might be interested in buying it. The buyer gave us 23 rupees per kilogram of raisins. The maths was numbing. I sold the grapes at a measly four rupees [0.05 US cents] per kilogram.

This was looting. It coincided with fervent displays of nationalism at the whim of the prime minister. One evening, Modi asked people to gather on their balconies or nearby open spaces and cheer healthcare workers by banging pots. On another occasion, he wanted them to switch off their lights at 9pm and light diyas [earthen pots] and candles. The rich obeyed merrily, and they even set off firecrackers. They said they were patriots. Their self-applauding made for pulsating prime-time TV, while our livelihoods were squeezed out of us and we had to save every penny.

The Modi government claims to have introduced several pro-farmer and pro-poor schemes, which it robustly markets at the time of election. But I don’t know who benefits from them.

What I witnessed in the lockdown was the anti-farmer face of this government, which refused to buy our crops or ensure minimum support prices. This is the same government that seldom hesitates to waiver the loans of crony capitalists.

“How will we repay the loan, papa?” my children ask.

By June, I usually start repaying the loan. But I have no money to do so this year. The government isn’t even willing to write off the interest on it.

Many peasant farmers may have ended their lives already. In reply to a right-to-information disclosure in October 2019, government reported that 15,356 farmers in Maharashtra had committed suicide between 2013 and 2018. This means that seven farmers committed suicide every day for six years.

Not only do I have massive debt, but my cultivation cycle has been badly hit. After the grapes are harvested in March, there is usually a crucial period of thread-cutting and treatment of leaves, followed by resting of the plants.

None of that could be done because of the unplanned lockdown. The harvest usually due in October is now likely to drag until December, adding to my financial woes.

Usually from January to March, we also borrow from the neighbourhood grocer and local vendors. They happily give us rations and other essentials on credit as they are certain that we will repay them once the yields start coming.

I haven’t paid for the rations I have taken since January and the grocer is becoming uneasy. He may stop our supplies from next month.

Meanwhile, at the end of June, my 74-year-old mother suffered a stroke. The local doctor recommended that she be taken to the Nashik district hospital but we cannot afford to do that. If something happens to my mother, I will not be able to forgive myself.

But I am helpless. There’s no money and a huge debt. Besides my mother, I have to look after my wife and two children and my brother’s widow and her two children.

Reports on farmers’ suicides, usually relegated to the inside pages of newspapers, fill my mind. But I restrain that thought. What would happen to the three women and four children in my family if I wasn’t around?

[As told to Aaqib Athar]

Over 40% of Indians rely on agriculture for their livelihood, according to the World Bank. But this sector has been under pressure for a number of years due to crop failures and price drops. Many small-scale farmers borrow from moneylenders who charge exorbitant interest rates. Suicides are common in this sector when crops fail: a 2015 study attributed almost 40% of farmers’ suicides to financial pressure. Although the Modi government has introduced minimum support prices for crops, few farmers are benefitting. The government is also in the thick of a controversy over the Prime Minister’s Crop Insurance Scheme. Farmers allege that it is designed to benefit the private insurance companies as premiums are compulsory but hidden clauses mean the policies often do not pay out.