Yves here. The Democrats don’t want to admit that the Republicans are more ruthless and shameless than they are. Or else they only care about winning certain elections and they are confident in their ability to control them.  The Democrats have been far more willing to play games in primaries….

Separately, I don’t get how the Democrats don’t get they may be in trouble despite Biden’s big national poll lead. The Democrats have never taken voter registration seriously because they don’t want lower income voters to have too much influence in the party, and low income voters are the most transient. Democratic party voters even more likely now due to Covid-19 financial stresses to have had an address change and need to re-register to vote. If you think vote-by-mail schemes that are already struggling to operate properly, even assuming good faith, will handle new registrants in their districts well, I have a bridge I’d like to sell you. 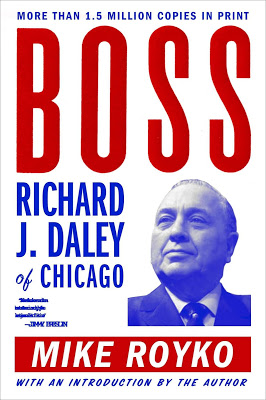 Everyone I know wants Trump to lose. Do you know anyone who actually wants Biden to win?”
—Howie Klein, here

I’ve often contended that neither political party — not the Democrats, not the Republicans — wants free, open, verifiable and uncorrupted elections.

Both parties, of course, say they want fair elections. The Republicans use these pronouncements, though, as cover for creating obstacles to voting by Democratic-leaning citizens based on demographics like race and place of residence. That much is a given, and this hypocrisy is obvious to everyone, including Republicans.

But what about the Democratic Party? There the situation is more mixed, but it’s not unmixed. I cut my adult teeth in Chicago, the perfect model, if not ground zero, for election manipulation, and there are many Chicago’s in the country.

There are also many approaches to stealing elections, but one of the most common is faked and manipulated vote totals, and for that, the solution is well known: hand-counted paper ballots. Given that fact, you have to ask yourself: If Democratic leaders really wanted uncorrupted elections — as opposed to just elections they could win — wouldn’t they demand a national return to hand-counted paper ballots, the gold standard for honest elections?

And yet they don’t. Year after year they keep the same corruptible voting systems in place, often expanding them, and focus their fire instead on Republican gerrymandering and voter list purges as evidence of the other party’s evil and their own goodness.

It’s likely there’s a simple and obvious reason for Democratic leadership not seeking to secure our elections with hand-counted ballots, but it’s not a pretty one: Like the Republicans, Democratic leaders, many or most of whom hate progressives with a passion, also want the ability to “fix” elections when they wish to.

For example, consider this, from the Philly Voice:

…During the 2014, 2015 and 2016 primary elections, DeMuro admitted that he accepted bribes ranging from $300 to $5,000 per election. A political consultant hired by specific Democratic candidates gave DeMuro a cut of his fee to add votes for these candidates, who were running for judicial and various state, federal and local elected offices.

DeMuro would “ring up” extras votes on machines at his polling station, add them to the totals and later falsely certify that the voting machine results were accurate, prosecutors said.

U.S. Attorney William M. McSwain said, “DeMuro fraudulently stuffed the ballot box by literally standing in a voting booth and voting over and over, as fast as he could, while he thought the coast was clear.”

This happens all the time and is rarely caught and punished. In this case, it’s likely the bribes from a “political consultant hired by specific Democratic candidates” were the only reason DeMoro was prosecuted. A number of hand-made videos during the 2016 primary showed similar corrupt “certifications” at the local level, all of them disadvantaging Bernie Sanders, yet none of these videos sparked an ounce of indignation from “free election” Democratic leaders — whose preferred candidate, it should be noted, Hillary Clinton, benefited every time.

Or consider this sordid tale from Nevada, in which the local League of Women Voters attempted to eliminate gerrymandering following a recent Supreme Court decision that returned gerrymandering lawsuits to the states to resolve.

From the Nevada Current (emphasis added):

Apparently some Democrats think gerrymandering is fine in blue states

The League of Women Voters of Nevada adopted the plan and reached out to our democracy partners to form the Fair Maps Nevada coalition. On November 4, 2019, Fair Maps Nevada filed a constitutional amendment ballot initiative to create an independent redistricting commission. Nevada’s constitution protects the right to circulate a ballot initiative as well as the right to vote on ballot questions.

On November 27, 2019, Mr. Kevin Benson, a Carson City attorney, filed a lawsuit challenging the ballot question’s summary of effect for a “progressive Democrat.” His client argued that the summary of the amendment that appears on each signature sheet was misleading. Fair Maps Nevada offered to edit the summary to clarify the amendment’s intent, but Mr. Benson refused. The Judge James Russell ultimately agreed with Mr. Benson’s client and asked both parties to submit new versions of the summary to address the plaintiff’s complaints.

It’s suspicious that a self-proclaimed “progressive Democrat” would try to monkey-wrench the process, but still, so far, so good. However:

Fair Maps Nevada submitted a new summary, but Mr. Benson did not. Instead, he argued that the whole amendment was misleading and so should be blocked completely from moving forward.

In other words, the whole exercise was a sham to get the entire process thrown out by the local judge.

Still, the issue didn’t die there. Benson took his appeal to the Nevada Supreme Court, which allowed it to go ahead. Fair Maps Nevada eventually won, but not before they realized (wasn’t it already obvious?) that this mystery litigant’s real goal was to run out the signature-gathering clock on the initiative. Further, the state Supreme Court failed to close the legal loophole that allowed the appeal in the first place, preparing the way for similar future challenges on the same spurious grounds.

Why would a Democrat, in Democratic-controlled Nevada, want to block gerrymandering reform, if not to continue to benefit from the unreformed system?

The Danger for Democrats

The danger for Democrats in tolerating and continuing their own vote corruption is great. When voters say “both parties do it” — they’re right. Perhaps Party leaders, national and local, think they can get away with these acts given that most of the mainstream media — busy people’s only source of news — protects listeners and viewers from information that supports the “both are corrupt” frame.

But that protection can’t be effective forever. While most Sanders supporters, for example, will vote for Joe Biden, most won’t give him money, under the assumption perhaps that his billionaires have that covered. And this is widely seen as a race that most want neither candidate to win — especially if you include non-voters — even though even more voters want Trump to lose.

The bottom line is this: While Democratic leaders may think the situation — their current and safe control of their share of power — is well managed, the nation may easily become so alienated by both parties, and by the people’s inability to vote outside the two-corrupt-parties framework, that they seek “other avenues” for change.

Ironically, a “back to the normal” Biden administration may be just the match Americans need to spark an active rebellion against the corruption of both political parties. One more round of mainstream Democrats in charge, may be the last straw for that national beast of burden, our suffering governed.

If that’s the case, watch out. Democratic leaders are running out of time, as are we all. When a nation seeks “other avenues” for reform, that nation’s in trouble.