On the other, the critique of training as a remedy is timid. Professor Batabyal merely notes that people in communities that have lost out due to more open trade don’t want to move even if they’ve gotten training that allows them to seek work elsewhere.

He doesn’t point out that not wanting to move is rational. First, most people have informal social safety nets where they live as well as emotional support.

Second, how is someone who lives in the boonies supposed to find work elsewhere? Most jobs are never advertised but are filled through contacts. Of the jobs listed, most employers greatly prefer someone who has done the same or similar work at a similar company. Someone with training and no experience will be way down the list.

Third, traveling to try to find work somewhere else costs money and per above, is likely not to work out. Better to hunker down in place.

By Amitrajeet A. Batabyal, Arthur J. Gosnell Professor of Economics, Rochester Institute of Technology. Originally published at The Conversation 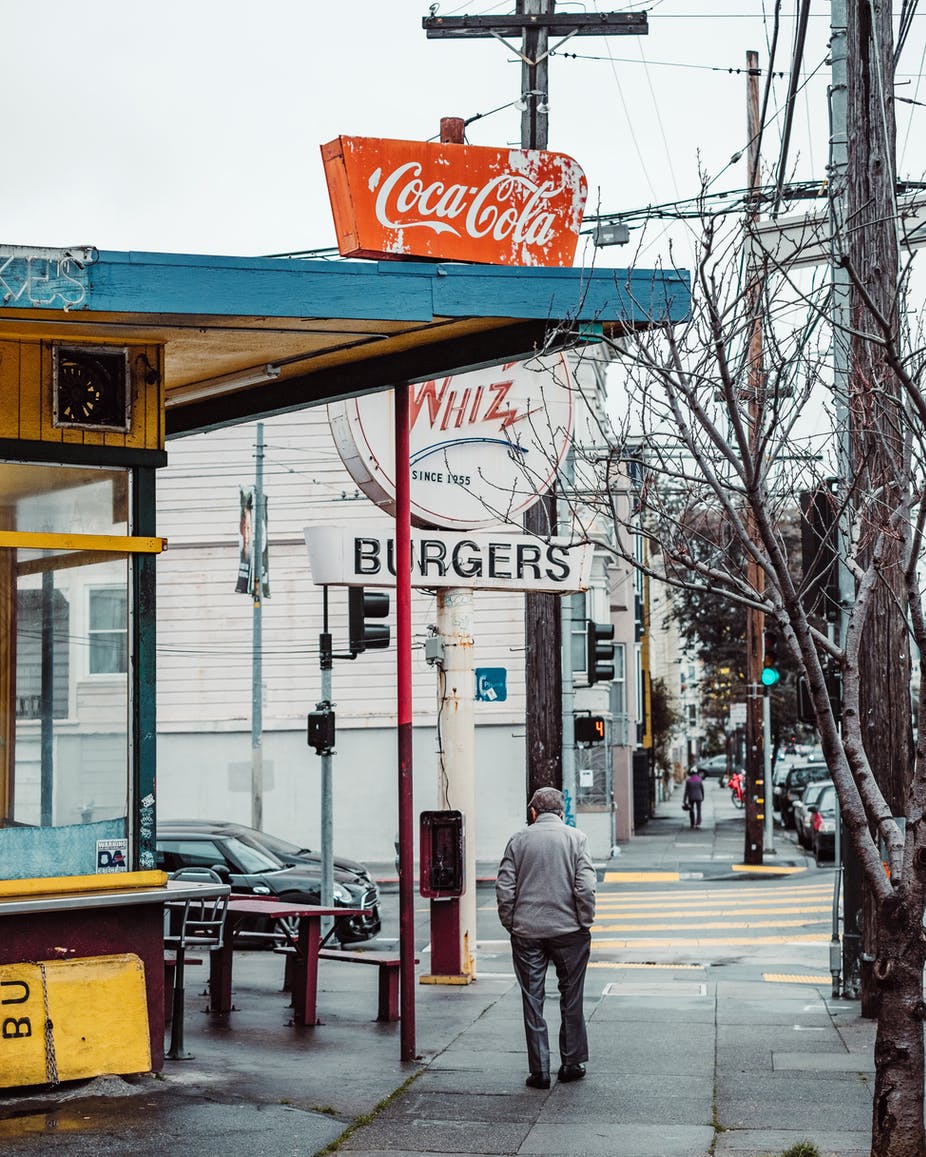 Some economists support policies that invest in communities and towns as the best way to offset job losses. Photo by Andrea Leopardi for Unsplash

Arguing against globalization is like arguing against the laws of gravity, said former United Nations Secretary General Kofi Annan. Globalization, the international trade in goods and services with minimal barriers between countries, may seem inevitable as the world’s economies become more interdependent.

But not everyone gains from globalization. An analysis of 120 countries between 1988 and 2018 and published by the World Bank illustrates who has lost. The U.S. trade deficit with China, for instance, has had an adverse effect on American workers, effectively eliminating 3.7 million jobs between 2001 and 2018. More than 75% of those job losses were in manufacturing, accounting for more than half of all U.S. manufacturing jobs lost or displaced during this period.

If globalization is inevitable, then what are the best strategies to help American workers get back into the workforce when their jobs have been eliminated?

Job Loss and the Working Class

The economist Branko Milanovic, using data from the World Bank, argues that the losers from globalization are working people in rich nations. Milanovic’s research demonstrates that a large portion of the lower middle class in the U.S. and Western Europe have seen little to no gain in income since 1988. At the same time, 200 million Chinese, 90 million Indians and nearly 30 million people in Indonesia, Brazil, Egypt and Mexico have profited from globalization.

Many American workers have been negatively impacted by liberalized trade with China, the so-called “China trade shock,” because goods that China exports to the U.S. have substituted for comparable American-made products. From an economic perspective, China successfully increased its share of world manufacturing exports from a little more than 2% in 1991 to 28% in 2018. By contrast, in 2001, U.S. trade began to increase with China when the latter joined the World Trade Organization, the international organization that determines the global rules of trade. Even though U.S. exports to China have increased over time, since the U.S. buys more from China than we sell to them, a large trade deficit has opened up. The growth of this deficit means that the U.S. is losing jobs in manufacturing and foregoing opportunities to add jobs in this sector because imports from China have skyrocketed, while exports have not increased as much.

The trade deficit has had different impacts on regions within the U.S. Some regions are devastated by layoffs and factory closings, while others are surviving but not growing the way they might if new factories were opening and existing plants were hiring more workers. This slowdown in manufacturing job generation is also contributing to stagnating wages and incomes of typical workers and widening economic inequality.

Retraining and Moving for Work

What are the solutions for the millions of American workers who have lost their jobs? Economists generally support “people-based” over “place-based” policies and investments. The rationale is that it’s more important to invest in workers rather than bolster a place where workers live. Economists would argue that directing public funds into regions doing poorly is akin to wasting money. The logical outcome of such policies is that towns that have lost their economic base are allowed to shrink while other economies take their place.

Examples of place-based policies include enterprise zones where economic incentives are offered to firms to create jobs in economically challenged areas and policies that seek to promote economic development by investing in infrastructure, such as the Tennessee Valley Authority, which, since 1933, provided electrification to the rural South, promoting industrialization and enhancing the quality of life in that region.

People-based policies are predicated on the assumption that if given the right incentives, people will leave economically strapped areas and move to flourishing regions. Yet researchshows that even in regions of the U.S. where deep manufacturing job losses have occurred, workers frequently did not move to new jobs. Those who lost their jobs adjusted, spent less money and stayed put, resulting in a further reduction of economic activity in regions that, in turn, became poorer.

Workers who can move to more promising locales, but choose not to, is a phenomenon not only in the U.S. but in Germany, Norway and Spain, even if economically depressed regions have a negative impact on those who live there. Men – particularly young, white men – in the U.S. are less likely to graduate from college, more likely to bear children out of wedlock and more likely to suffer from what the economists Anne Case and Angus Deaton have called “deaths of despair.” These deaths arise because of a deep sense of hopelessness stemming from unemployment, lack of resources and alcohol and drug dependency.

If relatively low-skilled workers are unwilling to move, then should policies that favor people-based programs continue? Or is it better to make place-based investments, as the 2019 Nobel laureates Abhijit Banerjee and Esther Duflo suggest?

I believe that the U.S. should back policies that support people where they live and invest in those places when global trade, specifically liberalized trade, has taken a toll on American workers. Regional policymaking might ask what is needed so that those who are unemployed do not feel, as Nobel Prize-winning poet Gabriela Mistral writes, that “everyone left and we have remained on a path that goes on without us.”