Jerri-Lynn here. I used to write frequently about sustainable energy for various outlets other than Naked Capitalism, mainly concentrating on solar and wind power. Such energy production often carries with it its own environmental costs. Wind turbines, for example, are often charged with slaughtering birds. Yet as I learned from r. clayton’s  link posted in the comments below, the reality is more complicated (see Wind Turbines and Birds).

This post discusses another impact, damage to peat bogs, which are themselves valuable carbon sinks. Improperly sited wind farms can damage or even destroy these bogs, thus greatly reducing their net positive climate change effect.

Wind power in the UK now accounts for nearly 30% of all electricity production. Land-based wind turbines now produce the cheapest type of energy – and there is no doubt wind farms can help to reduce greenhouse gas emissions by replacing the fossil fuels that have traditionally been used to generate electricity.

But what of wind turbines built on top of sensitive, natural environments – does low-carbon energy still help reduce emissions if it involves disturbing the kinds of habitats that are effective at trapping carbon and keeping it out of the atmosphere? This is an important question, but it is one that is too rarely being asked.

In our recent study, we found that wind farms in Spain are being built on rare peat bogs that store vast quantities of planet-warming carbon. Because these habitats are so poorly mapped, there’s a good chance that this mistake is being replicated in many other places throughout Europe, including the UK.

Peatlands are a natural carbon sink and, despite covering less than 3% of the Earth’s land surface, they contain 20% of all the carbon stored in soils worldwide.

Because some peatlands aren’t mapped, they have often been ignored, despite their important role in slowing climate change. Blanket bogs are a rare and unique type of peatland that cover entire landscapes with a distinctive vegetation, often composed of cotton grass, heather, and Sphagnum mosses, which is a particularly effective species for locking up carbon. 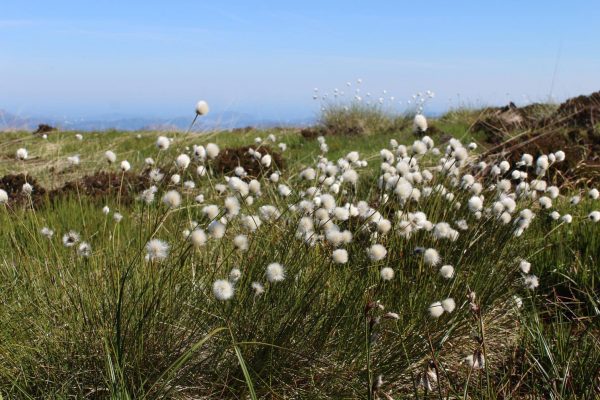 Blanket bogs can often be recognised by their white cottongrass. Chico &

In the UK and Ireland, blanket bogs cover great expanses and are a key part of the landscape in Flow Country, a region of the north of Scotland, and in the north and south Pennines in England. In France or Spain, this habitat is rare, but our researchuncovered 14 unrecorded and unprotected blanket bogs in northern Spain that represent the southernmost edge of this habitat’s range in Europe.

Peatlands – and in particular blanket bogs – face a number of pressures across Europe. Overgrazing, drainage to plant crops and commercial forest, burning to improve grazing and support field sports and, more recently, wind farm developments, can change the natural function of peatlands so that they switch from slowing climate change as carbon sinks, to become carbon sources that leach greenhouse gases to the atmosphere.

Although peat is naturally eroded by wind, rain and ice, blanket bogs grazed by livestock can lose four to six times more carbon than protected bogs. But the most serious risk to these habitats today is wind farms. Unprotected blanket bogs often cover mountain peaks, where there is also great potential for generating wind energy. During wind farm construction, vegetation that helps to trap the carbon is removed to create turbine bases and vehicle access tracks. These tracks create artificial streams that drain the peat and reshape the terrain. 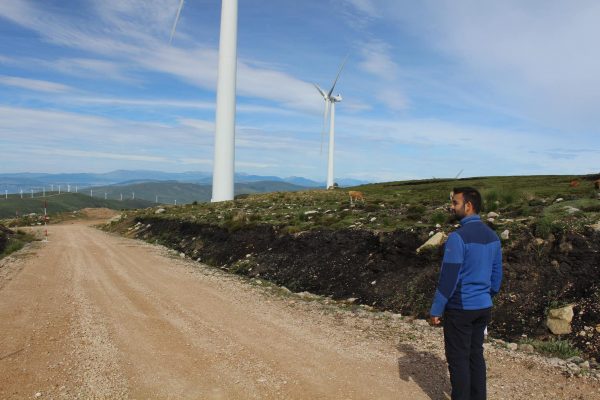 Creating tracks on peatlands can break the bog up, causing the peat to dry out and release carbon emissions. Chico & Clough, Author provided

Recent research has shown that the drainage caused by building and maintaining wind turbines can affect the whole peatland, not just the area next to the farm and its tracks. In our research, we encountered a track that divided the largest unrecognised blanket bog we found in the Cantabrian Mountains into two separate peatlands. The rupture is draining the bog and likely releasing carbon as the peat dries and breaks down.

This release can be so significant that the climate benefit of generating clean energy is likely to be neutralised. For bogs on the southernmost edge of their range in Europe, wind farm construction could mean the total destruction of this habitat and the loss of a natural way of fighting climate change.

In spite of their current degraded state, restoring and protecting blanket bogs could reverse the situation and restore the capability of these habitats as climate allies. 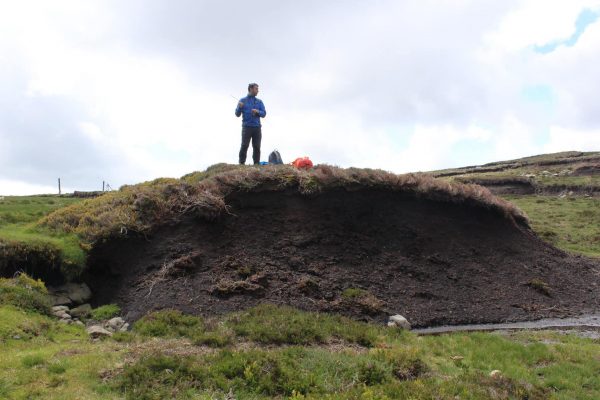 Peatlands are poorly mapped throughout Europe, but they are vital for slowing climate change. Chico & Clough, Author provided

We need to map all currently undiscovered peatlands and protect them under the EU’s Habitats Directive. Restoring degraded peatlands and reducing human pressures on them could help them recover their natural abilities for storing carbon. In the UK, the research partnership Moors for the Future is attempting to restore substantial areas of degraded blanket bog by covering areas of bare peat with vegetation such as Sphagnum mosses and blocking streams to reduce drainage.

Wind farms are a great way to generate clean energy, but where they are built needs careful consideration. It is perhaps ironic that one of our best man-made tools for fighting climate change can become one of our most unhelpful if it interferes with another natural solution to the problem.