We’ve been saying for some time that the CalPERS board has been making a credible imitation of potted plants. One of the contributors is the leadership, if you can call it that, of Board President Henry Jones, who seems to think his job consists of making sure nothing happens at board meetings. Some CalPERS beneficiaries are keenly aware of the fact that the explicit purpose of public sessions is for the board to deliberate in the open and make decisions, and have had it with Jones’ dereliction of duty.

The retiree organization, the Retired Public Employees’ Association of California, published its rap sheet on Jones’ sorry tenure and called for him to resign from the CalPERS board. We’ve embedded their letter below and encourage you to read it in full.

Even though the letter details Jones’ negligent, staff-cronyistic behavior over many years, the straw that appears to have broken the camel’s back was Jones’ failure to inform the board of the staff investigation into departed Chief Investment Officer Ben Meng’s conflicts of interests. Recall that State Controller Betty Yee, who looks to be slow to anger, was irate at being blindsided over this scandal and took the unusual step of calling for an emergency board meeting….where Jones shamefully shut her down when she asked when her issues would be addressed. Jones also illegally barred any public comment.1

The letter criticizes the many ways that Jones has undermined the board deliberating in public, as required by law, by both supporting extensive pre-board meeting briefings by staff and co-ordinating among the power faction of the board.

Former board member Michael Bilbrey described illegal the pre-board meeting briefings, which is verboten as a “serial meeting” under the Bagley-Keene Open Meeting Act. This practice dates to former CEO Ann Stausboll’s tenure, meaning it was enabled by Henry Jones as head of the Investment Committee. From a 2015 post:

Board member Michael Bilbrey unwittingly described how CalPERS as part of the routine for its regular board meetings, engages in the “serial meeting” violation. From the most recent Governance Committee meeting:

Board Member Michael Bilbrey: We have briefings for a reason. And usually in those briefings, you ask questions and questions are answered, and of course sometimes questions will come out of that between the briefing and the meeting. But when you ask questions in a briefing and are [sic] answer to those questions, I don’t understand why those same questions have to be answered again in the open meeting just because there’s two different situations. I mean, I think that’s where half of the questions sometimes come again and waste our time, when you’ve already asked them, either in the briefing or at any time, staff has made it abundantly clear if there’s ever a question, don’t hesitate to ask in whatever it may be. I think we have lots of opportunities to ask questions and they don’t always have to be in an open setting.

So the toad hopped out of Bilbrey’s mouth, that board members think it’s hunky dory to have illegal private briefings.

And before you try arguing that this practice might not have continued, CalPERS’ calendars show that the staff’s Three Stooges, Henry Jones, Theresa Taylor, and Rob Feckner, regularly meet with Marcie Frost before board meetings: 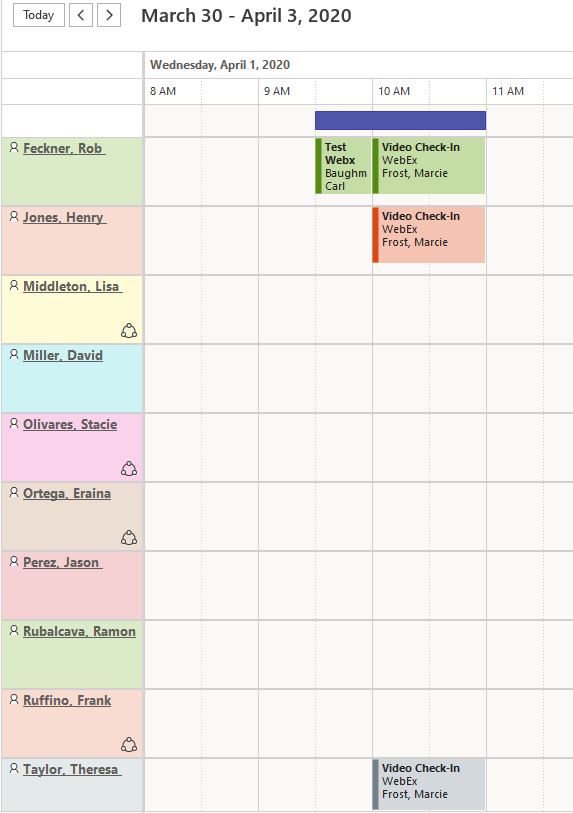 It appears someone has a guilty conscience, since “Frost, Marcie” detail has been omitted from later entries. For instance: 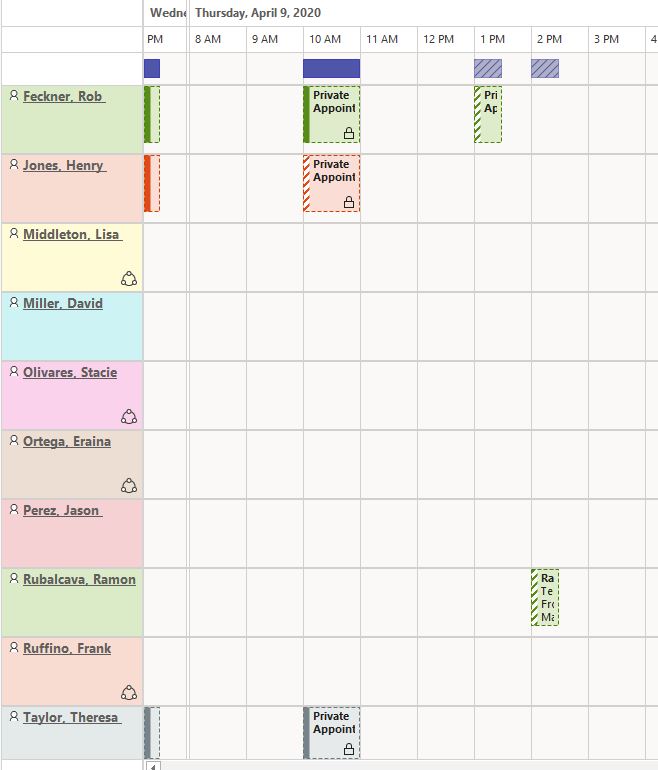 The reason this is inherently suspect is the only legitimate pre-board discussions that Frost could have with board members before a public meeting is to go over the board meeting agendas for particular committees. First, the composition of this regular group is not consistent with that. You’d expect to see the chair and vice-chair of the various committees, not the Board President, the chair of the Investment Committee (Taylor), and the chair of the Pension & Health Benefits Committee (Feckner). In fact, those meetings, such as Frost with David Miller and Lisa Middleton, the chair and vice chairs of the Risk & Audit Committee, are listed on the official board calendar, as opposed to relegated to the status of “private meeting”.

Second, the meetings are far too frequent to be related to committee heads signing off on staff-proposed agendas, which are almost certainly pro-forma affairs.

Even though the number of board participants is less than a quorum, and CalPERS might attempt to argue that this means these discussions don’t rise to the level of being a “serial meeting,” it is not hard to infer that the intent is to stage manage, as in limit, the deliberations during the public board meetings.

From the closing section of the letter:

More generally, we have been extremely disappointed on an ongoing basis by how you wield your power as Board President inappropriately in board meetings. You have shown yourself as eager to cut off anyone who would offer facts or viewpoints inconsistent with staff recommendations… Despite the board showing generally too little interest in fact-finding or debate, on the rare occasion when it does occur you frequently respond by trying to shut it down. When RPEA or other members of the public offer comments…. you almost always refuse to acknowledge the information and have, on numerous occasions, cut off fellow board members who attempt to enter into a dialogue….

You sit in the seat on the Board of Administration reserved to be elected by retired beneficiaries, yet you appear to be more concerned with covering-up the incompetence and misdeeds of staff than in protecting our benefits….You appear to be beholden to interests other than those of the beneficiaries of CalPERS and your recent outrageous conduct confirms this to be the case.

In other words, the governance at CalPERS has become so obviously deficient that even a normally extremely loyal and deferential group can’t stomach it. They are deeply concerned, with justification, that the Jones’ acting as the muscle for an at best incompetent and at worst corrupt staff, is a threat to their pensions. They can no longer afford to sit back and let that continue.