UPDATE (13 Sept 2020): We've created an @inaturalist Project where you can submit photos of dead birds. We can use this data to fully understand the extent of this mass mortality. More info here: https://t.co/6phHxipCRL#SouthwestAvianMortalityProject #communityscience

Not enough Covid vaccine for all until 2024, says biggest producer FT

Trump officials race against time to build massive vaccine tracking system Politico. Most software projects fail. OTOH, it’s hard to have much confidence in state systems, either. Rebuilding the airplane while it’s in the air is never fun.

Understanding COVID-19 risks and vulnerabilities among black communities in America: the lethal force of syndemics Annals of Epidemiology

Q&A with Richard Horton (video) C-SPAN. Horton is editor of The Lancet.

Hong Kong says will not interfere with Chinese law enforcement arrest of 12 residents at sea Reuters. Cutting off the escape routes.

U.S. is in Middle East ‘to protect Israel’ not for oil, Trump says Mondoweiss

Russia’s peasant history, once submerged, is brought back into the light Christian Science Monitor

Competence is the test for populists Editorial Board, FT. This assumes, however, that the administrative apparatus of the State is a neutral force. It is not.

Here’s how Joe Biden would combat the pandemic if he wins the election WaPo. “Joe Biden has created a war-cabinet-in-waiting on the coronavirus pandemic, with major figures from the Obama, Clinton and George H.W. Bush administrations drafting plans for distributing vaccines and personal protective gear, dramatically ramping up testing, reopening schools and addressing health-care disparities.” Maybe. I do note that apparently there was no plan the Obama administration left in a drawer somewhere for the Trump administration to adopt, since this is all new:

Pressed on why Biden did not call for a travel ban, social distancing or masks in Jan. or Feb., Symone Sanders tells @GStephanopoulos Biden wasn't “briefed by national security experts” as Trump was, but would have taken “proper precautions” as president. https://t.co/Mb6g1oQ7FV pic.twitter.com/hXBneB5Ifa

Mouths gaping, conspiracy theorists rise up against… something Il Manifesto

Is This the Decline and Fall of the Kardashian Empire? Buzzfeed

an effective polity depends upon a pervasive willingness by citizens at every level to altruistically punish those who deviate from the norms that render the polity effective.

U.S. Hegemony Could End In A Swarm Of Cheap Chinese Missiles The American Conservative

$100,000 reward offered in brazen ambush shooting of 2 Los Angeles sheriff’s deputies Los Angeles Times. We really need to wait for the full story, though; there’s a history here, and not just in Compton, though Compton’s history is bad enough:

There are now four whistleblowers with similar stories of alleged deputy gang activity by so-called "Executioners" at the Compton sheriff's station, according to attorney Alan Romero.

They are all in fear for their lives, especially after one found a dead rat on his doorstep. pic.twitter.com/bdPbBLQjxp

I have to pay back nearly $11K in unemployment benefits. How could this happen? NJ.com

How tech billionaires’ visions of human nature shape our world The Conversation. “The ancient Greeks had a name for someone with the courage to tell truths that could put them in danger – the parrhesiast. But the parrhesiast needed a listener who promised to not to react with anger. This parrhesiastic contract allowed dangerous truth-telling. We have shredded this contract.” 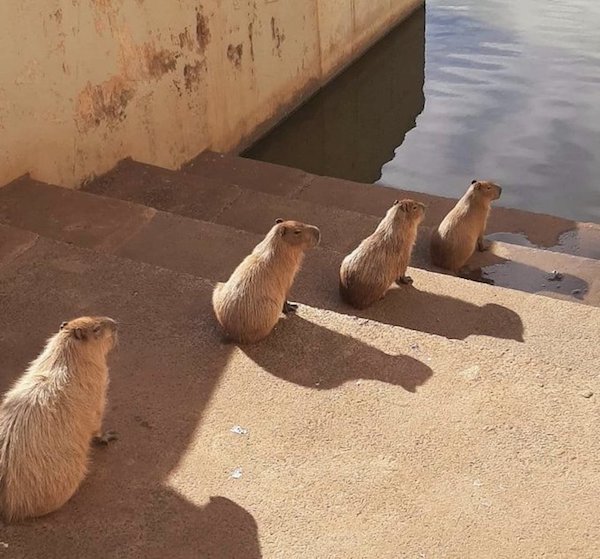