This is Naked Capitalism fundraising week. 904 donors have already invested in our efforts to combat corruption and predatory conduct, particularly in the financial realm. Please join us and participate via our donation page, which shows how to give via check, credit card, debit card, or PayPal. Read about why we’re doing this fundraiser, what we’ve accomplished in the last year, and our current goal, thanking our guest writers

How to drive investment into sustainable infrastructure World Economic Forum

EY, WeWork, and another connection Francine McKenna, The Dig

When coffee makers are demanding a ransom, you know IoT is screwed Ars Technica

Amazon’s Bizarre Home Drone Flies Around Inside Your House Wired. No.

Covid-19: Do many people have pre-existing immunity? British Medical Journal. “A stream of studies that have documented SARS-CoV-2 reactive T cells in people without exposure to the virus are raising questions about just how new the pandemic virus really is, with many implications. At least six studies have reported T cell reactivity against SARS-CoV-2 in 20% to 50% of people with no known exposure to the virus…. Though these studies are small and do not yet provide precise estimates of pre-existing immunological responses to SARS-CoV-2, they are hard to dismiss, with several being published in Cell and Nature.”

Susceptibility to SARS-CoV-2 Infection Among Children and Adolescents Compared With Adults JAMA. “Findings: In this systematic review and meta-analysis including 32 studies, children and adolescents younger than 20 years had 44% lower odds of secondary infection with SARS-CoV-2 compared with adults 20 years and older; this finding was most marked in those younger than 10 to 14 years. Data were insufficient to conclude whether transmission of SARS-CoV-2 by children is lower than by adults.”

Cloth Masks to reduce COVID19 transmission christina j williamson. Well worth a read, whether you make your own masks or not. The bottom line:

A good mask needs to work well in three ways:

Also — obvious when you think about it — if your glasses fog up, you don’t have a mask problem; you have a fit problem.

I moved to Canada right before the pandemic began. When COVID struck, I found a community Globe and Mail

The Virus Sent Droves to a Small Town. Suddenly, It’s Not So Small. NYT (Re Silc). “As for [Anna] White, she has found herself wondering how all these remote workers — many in tech or finance — will change the social fabric. The other night, at the Red Fox Inn, a bar in Winhall, she approached a couple she had seen around town, asking them, simply, ‘Covid refugees?” The answer was yes.'”

US tightens trade restrictions on Chinese chipmaker SMIC The Verge

Tesla’s Nemesis in China Is a Tiny $5,000 Electric Car From GM Bloomberg

Malaysia will not follow US sanctions against 24 Chinese companies, says ambassador Straits Times

Vietnam’s Struggles in the S. China Sea: Challenges and Opportunities The Maritime Executive

Nationwide Protests Against Bills a Marker of Success, Farm Leaders Say The Wire

The Justice Department has released a pair of documents casting fresh doubt on the judgment of senior law enforcement officials who investigated possible links between Russia and the Trump campaign in 2016, showing that one of the FBI case agents thought prosecutors were out to “get Trump” and that a key source of allegations against the president had been previously investigated as a possible Russian asset.

Trump pledges to make Juneteenth a federal holiday, designate KKK a terrorist group in pitch to Black voters The Hill. Useful for the debate no doubt.

Error discovered on Georgia touchscreens in US Senate race Atlanta Journal-Constitution. This is a programming error in already horrid user interface, and separate from the following database issue–

Democrats debate whether to engage — or withdraw — in Supreme Court fight WaPo. The lead: “As Democratic senators begin mapping out how they will wield their limited procedural weapons in the fight over President Trump’s Supreme Court nominee, they are grappling with a central question: How much legitimacy do they give his candidate?”

The Truth About People of Praise Peggy Noonan

There Should Be No Doubt Why Trump Nominated Amy Coney Barrett Jeffrey Toobin, The New Yorker. The Federalist Society’s long march through the institutions claims victory. Resistance was slight:

Conservative women, who support Judge Amy Coney Barrett’s nomination to the Supreme Court, pray while touching the doors of the Court as Jacquelyn Booth cries on the ground, mourning the death of Justice Ruth Bader Ginsburg. pic.twitter.com/5uTjnklLVP

Centrist Democrats got their COVID bill, now they want a vote The Hill

Democrats have no plan: Trump is bulldozing democracy — and nobody’s ready to stop him Salon

'If you advocate for ending slavery the conservatives will call you a socialist or communist. I have a plan to expand slave rights over the next 10 years
Text JIM CROW to 30….330 and together we can give more rights to slaves under my plan.' https://t.co/XxphUgIfTr

FOX is free; NYT and WaPo are paywalled:

But, you shitlib lanyards are so sure you're the cats ass, you think you can charge for propaganda that the other guy is giving away for free and then you turn around and ask "why are we losing the war for the hearts of minds of middle America" – you're stupid. Very stupid.

— Donald Trump is a fascist & so are his supporters (@NatSecReporter) September 26, 2020

How a Pledge to Dismantle the Minneapolis Police Collapsed NYT

The looming legal minefield of working from home FT

Find Yourself a Tailor. It’s Not Fancy, It’s Freeing NYT

Urban design explained: the signs, the symbols, the mysterious objects, and why LED panels have replaced the glow of neon South China Morning Post 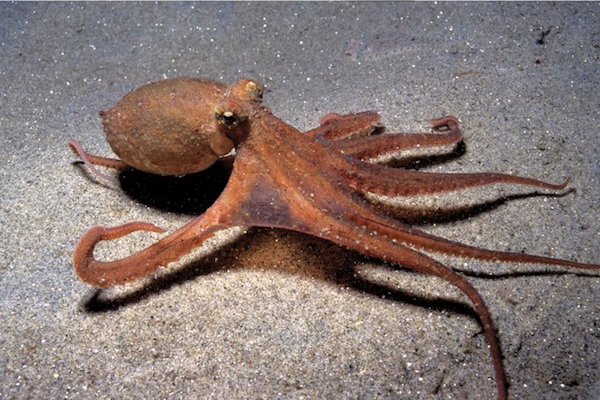 A pair of Octopus cyanea on a date among the dunes pic.twitter.com/m1UkYeO91L