This is Naked Capitalism fundraising week. 1412 donors have already invested in our efforts to combat corruption and predatory conduct, particularly in the financial realm. Please join us and participate via our donation page, which shows how to give via check, credit card, debit card, or PayPal. Read about why we’re doing this fundraiser, what we’ve accomplished in the last year, and our current goal, more original reporting.

Silent witnesses: what do three corpses have to do with a corruption case? FT

Congress to the working class: pic.twitter.com/pwRkPBAapR

Epidemiology and transmission dynamics of COVID-19 in two Indian states (PDF) Science. Extremely important. From the Discussion: “Our findings provide insight into the epidemiology of COVID-19 in resource-limited populations based on comprehensive surveillance and contact tracing data from the Indian states of Tamil Nadu and Andhra Pradesh. Our analysis suggests substantial variation in individuals’ likelihood of transmitting: no secondary infections were linked to 71% of cases whose contacts were traced and tested…. While the role of children in transmission has been debated (36, 37), we identify high prevalence of infection among children who were contacts of cases around their own age; this finding of enhanced infection risk among individuals exposed to similar-age cases was also apparent among adults.” Here is a summary; and a second summary. And of the same study–

Largest COVID-19 contact tracing study to date finds children key to spread, evidence of superspreaders Princeton Environmental Institute. “Lead researcher Ramanan Laxminarayan, a senior research scholar in PEI, said that the paper is the first large study to capture the extraordinary extent to which SARS-CoV-2 hinges on ‘superspreading,’ in which a small percentage of the infected population passes the virus on to more people. The researchers found that 71% of infected individuals did not infect any of their contacts, while a mere 8% of infected individuals accounted for 60% of new infections.”

HKU mechanical engineering study reveals airborne transmission of COVID-19 opportunistic in nature and poor indoor ventilation plays a role in transmission (press release) The University of Hong Kong. From July, still germane. Here is a long video on the same topic from the scientist, Yuguo Li:

One in Seven Dire COVID Cases May Result from a Faulty Immune Response Scientific American. A review of the literature.

CDC’s credibility is eroded by internal blunders and external attacks as coronavirus vaccine campaigns loom WaPo. Testing, masking, data, and aerosol guidance blunders are not minor. Absent that series of debacles, all of which are systemic, as we say, in origin, the CDC would be in a much stronger position politically, even if the way it’s being held to account now is extremely ugly. (The article includes the PMC solution, which is, naturally, to insulate PMC performance from accountability in the political realm altogether with a magic board that assures its “independence.”)

Surviving The Waves Of A Pandemic Storm: How To Fix The Supply Chain Flaws Exposed By COVID-19 Health Affairs

How to fix public health weaknesses before the next pandemic hits WaPo.

The common denominator is an antiquated and unstandardized system of linking data from clinical records and public health monitoring in ways that provide evidence on how to control the virus while minimizing the disruption to the economy and society. Electronic medical records — envisioned as a boon for public-health surveillance, providing data that could be readily analyzed — turn out to be much better for billing than for the exchange of data.

Because of course they did. (On standardized data systems, see NC here and here.)

55 years of impunity: How Indonesia is going backwards after the 1965 genocide Jakarta Post

Filipinos make up 4% of nurses in the US, but 31.5% of nurse deaths from COVID-19 Business Insider

Occupation without End The Baffler

Millions at risk of being blocked from Covid tests FT. “[T]heir identity cannot be verified by a credit-checking company contracted by the government to prevent the abuse of the public testing system.”

The legends of the Caucasus: Economic transformation of Armenia and Georgia Science Direct

Alex Younger: ‘The Russians did not create the things that divide us — we did that’ FT. Outgoing MI6 head.

‘One more serious try’ on COVID-19 relief yields progress but no deal The Hill. Still not getting why Pelosi didn’t take the lowball trillion or so that the Administration was offering — simply to relieve working class suffering, if for no other reason — and then go pedal to the medal after the inevitable Blue Wave in November gives them control of the Senate in addition to the House. Which is inevitable, right?

The Politics That Led to the “Worst Debate” Black Agenda Report

“Human sacrifice was a bloody and barbaric tradition – but could stopping it altogether be why the rains aren’t coming?” – bronze age opinion columnist

Scars, Tattoos, And License Plates: This Is What Palantir And The LAPD Know About You Buzzfeed

Sara Nelson: the union boss fighting to ‘put workers first’ FT. On the other hand, industrial unions aren’t much good if their industry disappears…

Lies, Money And Cheating: The Deeper Story Of The College Admissions Scandal NPR

The Radical History of Corporate Sensitivity Training The New Yorker

How the “Sixth Sense” Shapes the Skeleton Weizmann Institute 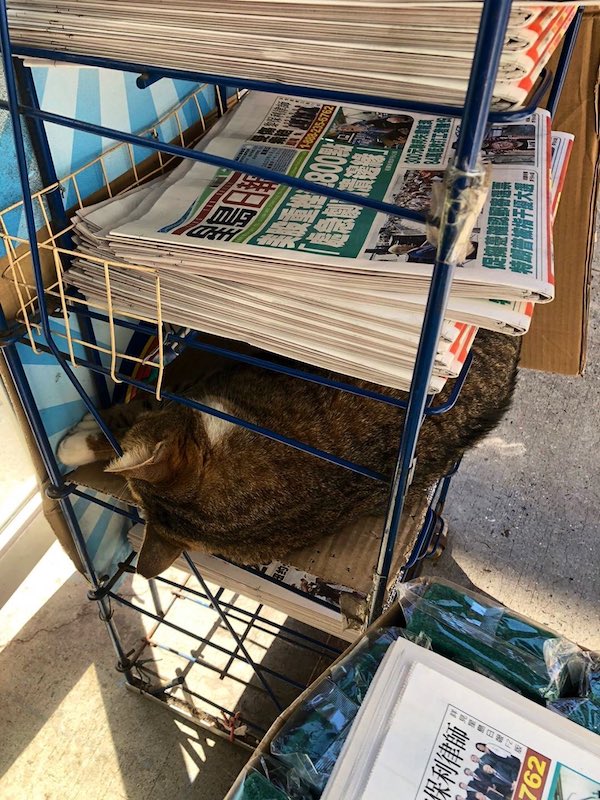