Losing Count​: The Sordid Business of Bookkeeping The Drift

Coronavirus, l’Italia rinasce con un fiore: lo spot della campagna per i vaccini La Repubblica (DJG). Click through for the Italian vaccine rollout video, whose tone is a little different from what we see over here…

‘A slap in the face’: Yuma hospital fires ER doctor for talking about COVID-19 in Arizona AZ Central. Looks to me like the staffing company for the hospital did the deed….

In the Time of COVID-19, China Could Be Pivotal in Swapping Debt for Climate and Health Action World Resources Institute. Handy chart: 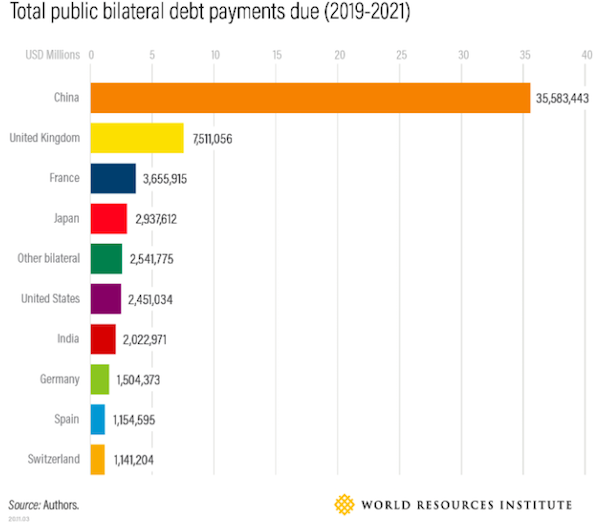 Obvious when you think about it:

This is only possible because China is a small island far from the initial outbreak of the pandemic. https://t.co/X5PEZtpZKR

‘We Won’t Get Scared’: The Spirit of Farmers’ Protest Is Inescapable in Punjab The Wire

And you thought it’s only about farmers? People’s Archive of Rural India

We’ve been spending a lot of time praising South Korea’s response to the pandemic. Now, it’s time for criticism. S Korea is still doing a lot (A LOT) better than some other places, but they could have done better.

S. Korea sets up free Wi-Fi networks on buses in operation across nation Yonhap News Agency. How a First World country does it.

Families marry off daughters to ease finances amid COVID-19 AP

Jeremy Corbyn: Why I’m Launching a Project for Peace and Justice Jacobin

Brexit deal LIVE: Talks could go on past Christmas as UK and EU agree to ‘go the extra mile’ Evening Standard. Oh, ffs.

Don’t stockpile food, minister tells British shoppers Reuters. Narrator: “They stockpiled food.” Where are the Pythons when we need them:

One benefit of Brexit – new jokes can be created by mildly editing old Soviet jokes. For example:

My Brexit hell The Critic

US orders emergency action after huge cyber security breach FT. From WaPo‘s lead, the sourcing: “People familiar with the matter.” So that’s alright then.

A Political Obituary for Donald Trump The Atlantic

The GOP’s Minority Rule Caucus reveals its contempt for democracy E.J. Dionne, WaPo. “At least the Confederate secessionists acknowledged that Abraham Lincoln won the 1860 election. The 18 Republican state attorneys general and 126 Republican House members who asked the Supreme Court to throw out the results of the 2020 election may thus be more impudent than the Civil War seditionists in whose steps they followed.” “Impudent?!”

* * *
Pro-Trump Protesters Chant “Destroy the GOP,” Boo Georgia Senate Candidates at Rally Slate. Well, if the Republicans copy the Democrats and fire their base, they won’t have to fear them any more, will they?

Hunter Biden subpoena seeks info on Burisma, other entities AP. “The breadth of the subpoena, issued Tuesday, underscores the wide-angle lens prosecutors are taking as they examine the younger Biden’s finances and international business ventures.”

On Immigration, Activists’ Demands May Exceed Biden Realities NPR. “[A] person familiar with transition discussions… told NPR that the Biden campaign and then the transition team felt that immigration activists had become too adversarial.”

Sinister sounds: podcasts are becoming the new medium of misinformation Guardian. Another liberals calls for censorship.

‘I sat on Andrew’s lap… Ghislaine put the Spitting Image puppet’s hand on Virginia’s breast. Then he put his hand on mine’: Duke’s visit to the puppet master Epstein’s mansion… this time for the night Daily Mail

How CBO Analyzes the Costs of Proposals for Single-Payer Health Care Systems That Are Based on Medicare’s Fee-for-Service Program: Working Paper 2020-08 Congressional Budget Office. “The increase in demand would exceed the increase in supply, resulting in greater unmet demand than the amount under current law, CBO projects.”

Why Americans love the ACA (1):

i’m still stranded 3000 miles from where i’m paying rent. no road trips home for my family through pandemic land. last night i did the ACA marketplace choice thing. there was no choice that would provide more than emergency / urgent care outside the state of California.

Why Americans love the ACA (2):

Alternately, you can make $52,000, be eligible for 0 subsidies, buy a “gold” marketplace plan, spend over $15,000 for the year on healthcare & barely have the plan kick in to cover anything pic.twitter.com/oXXjnjAO10

Immigration and use of public spaces and food stores in a large city: A qualitative study on urban health inequalities Journal of Migration and Health

For the last 4 years, I’ve delivered food once a month, to same small Iowa town food bank. Prior to March, it was 3/4 of a truck load. By summer, it was 2 trucks. Yesterday, 3 trucks, and continued well after dark until we ran out. Food insecurity is becoming the new normal. pic.twitter.com/hJVpDFyAw1 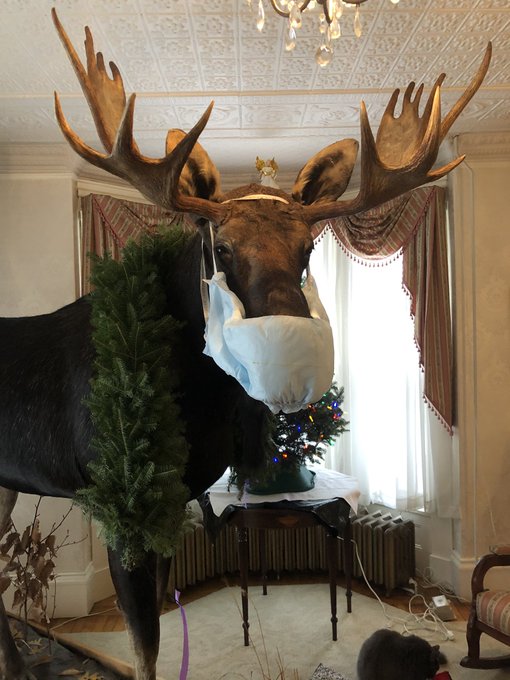